WiSH Outdoor will be bigger and better on all fronts during the upcoming edition. With a brand new festival site and many specials there is a lot waiting for you, so we have listed 10 reasons that will appeal to you as a Hardstyle lover. “A weekend adventure awaits!”

1. Rebelion Overdose: first time outdoor as a unique closing of the Dedicated mainstage

We immediately start with a bang, because WiSH Outdoor has a first with Rebelion Overdose. The Scottish duo’s groundbreaking live act can be admired in the open air for the first time: this means a lot of special effects and a unique show. After the gentlemen have broken down the mainstage, the final show starts, but we will come back to this in detail in a moment!

2. A lot of B-Front: with own hosting, live act and special sets

Fans of B-Front can’t believe their luck, because he is quite in the spotlight during WiSH. His own hosting on Friday with the premiere of his new live act Cosmos, a unique ‘The Journey’ set, a special set on the mainstage and the first time B-Front’s Coffee Club at a festival campsite. Bob will be able to use the caffeine during the busy weekend, because according to WiSH there are also some big surprises waiting… What could this be?

3. A big upgrade for the campsite

WiSH’s weekend is full of adventure – especially at Nightsky City! The trick is not to immediately blow all your gunpowder at the afterparty on Friday, because on Saturday you can also dance the night away as a Hardstyle enthusiast until the early hours. Who exactly will be playing remains a secret for now, but according to the organization you can count on ‘a number of great guest artists’. Enough to talk about over a cup of coffee with B-Front on Sunday morning!

4. Completely new terrain with its own hardstyle world

Having your own hardstyle world sounds like music to your ears. At WiSH Outdoor, there is also a lot going on outside the stages: when you walk through the gates on Adventure Avenue, you arrive at Central Square and you are presented with 4 unique worlds. District Overdrive is the place for us: where you will find everything with 150+ beats per minute and where the kicks are flying around your ears. Check out the next level floor plan, because this already reveals how beautiful it is going to be. 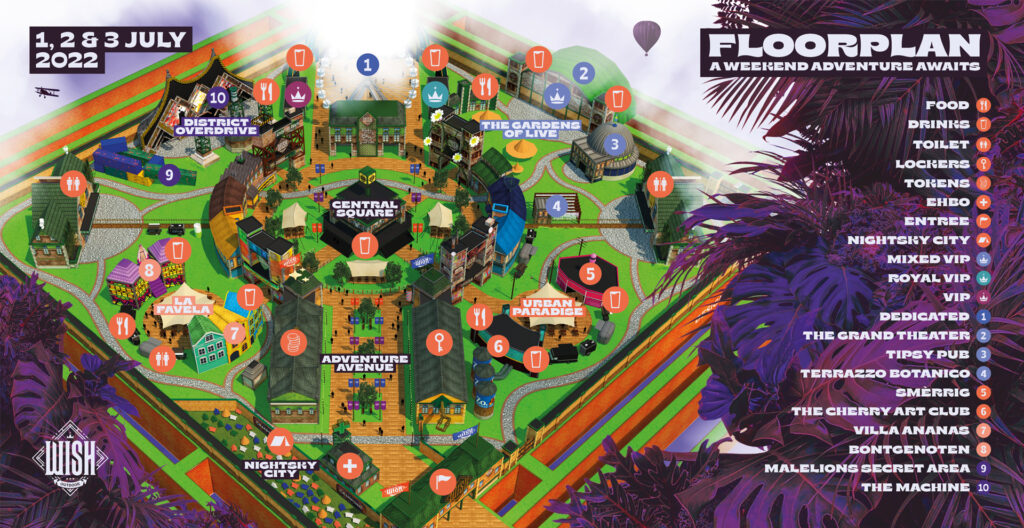 5. The Dedicated mainstage is mega with exclusive live acts and B2B’s

WiSH Outdoor is known for its beautiful stages, but the Dedicated mainstage takes the cake in every way. The line-up is a feast for the eyes and is full of exclusive live acts, the biggest names and awesome back2backs. Like Act of Rage vs. Vertile, Gunz For Hire with the new Death or Glory show, Sub Zero Project with Renaissance of Rave, The Mixtape by Jones and many more.

6. The crossover festival of the Netherlands

So far we have discussed everything that has to do with hardstyle, but the real ‘connoisseurs’ know that WiSH has a lot more to offer. It has been called the crossover weekend festival of the year because of all the different music styles: from the biggest pop recordings to the fattest urban names. With local heroes Donnie, De Jeugd Van Tegenwoordig, Snelle & De Lieve Jongens Band and many others like Lucas & Steve, you have a great opportunity to take a look at the other beautiful stages. 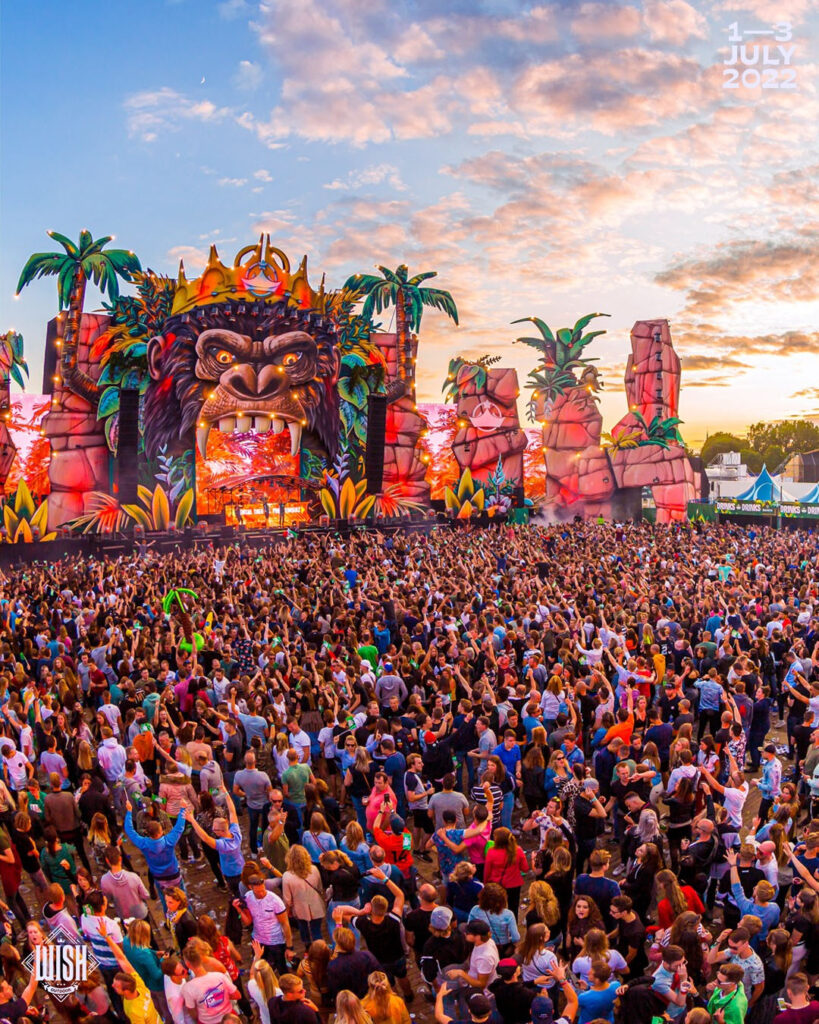 7. The Adventure of WiSH goes on till late

Another plus for WiSH Outdoor, because the festival may have slightly different opening times than you are used to. The whole weekend goes on until late: on Friday and Saturday the last beats even be played at 01:00. This means you can see a lot more show in the dark, where the stages really come to live because of all the lights and special effects. Winning!

8. Raging at The Machine

The Machine is working overtime during the WiSH Outdoor weekend, because the organization has put the biggest acts of the moment here for three days! After the opening on Friday, Saturday will kick things up a notch with a huge load of raw hardstyle – such as Sickmode’s new live act ON and Cryex vs Aversion. And on Sunday you’ll find a mainstage-worthy line-up here, including Warface ‘Forgotten Future’ LIVE and Atmozfears: the reawakening LIVE. In short: this spectacular indoor engine room provides you with the very best (RAW) hardstyle and the biggest shows.

9. Two unique endshows: better than ever!

Would you like to end the day with beautiful fireworks? Great, because then Saturday and Sunday have something cool in store for you. WiSH has created two unique endshows for both days, which have been made even bigger and more impressive this year. Wrap your arms around your friends and enjoy while the last beats sound through the speakers.

10. Can you find the Malelions Secret Area?

Our friends from Malelions can be found everywhere, but on WiSH Outdoor you have to search a little harder this time. The well-known clothing brand hosts its own Secret Area: hidden between the gigantic steel containers in the hardstyle world of District Overdrive. Here you will find everything from the best classics to the hardest RAW, played by the participants of the DJ contest. An extra secret Hardstyle stage, which is open from Friday to Sunday!

Do you want to go on an adventure during WiSH Outdoor from Friday 1 July to Sunday 3 July? Get the last tickets quickly via the festival’s official website, because it’s almost sold out. “A weekend adventure awaits!”

The Purge puts legendary after-track ‘VENDETTA’ into the remix

We can no longer ignore it: ‘VENDETTA’ has become the anthem of every festival campsite. The song suddenly storms into the Viral Dutch charts at number two,…

Vamos amigos, this is WiSH Outdoor 2019! With three days of hardstyle and 60,000 visitors for an entire weekend, this event is one of the most decorative…