A promise was maid you that team Basscon would make 2017 its loudest and strongest year yet. This summer, we’re continuing the bass assault with three nights of proper stompers with TNT, the hardstyle super duo composed of Italian legends Technoboy and Tuneboy. Basscon is hitting with TNT for a three-day takeover this summer, when they’re knockin’ the bass at the Monarch Theatre in Phoenix, AZ, Thursday, July 13; the Lizard Lounge in Dallas, TX, Friday, July 14; and the Circle in Huntington Beach, CA, Saturday, July 15.

Technoboy and Tuneboy have been dropping their hard-hitting solo releases since way back in 1997, quickly establishing their dominance in the hardstyle realm. The godfathers of the genre released their groundbreaking debut as TNT, “First Match,” in 2002. This year, TNT are celebrating 15 heavy years of bringing that hard-knocking, bangin’ bass as they continue to innovate and redefine the sound of hard dance with a long string of dancefloor-destroying beats. 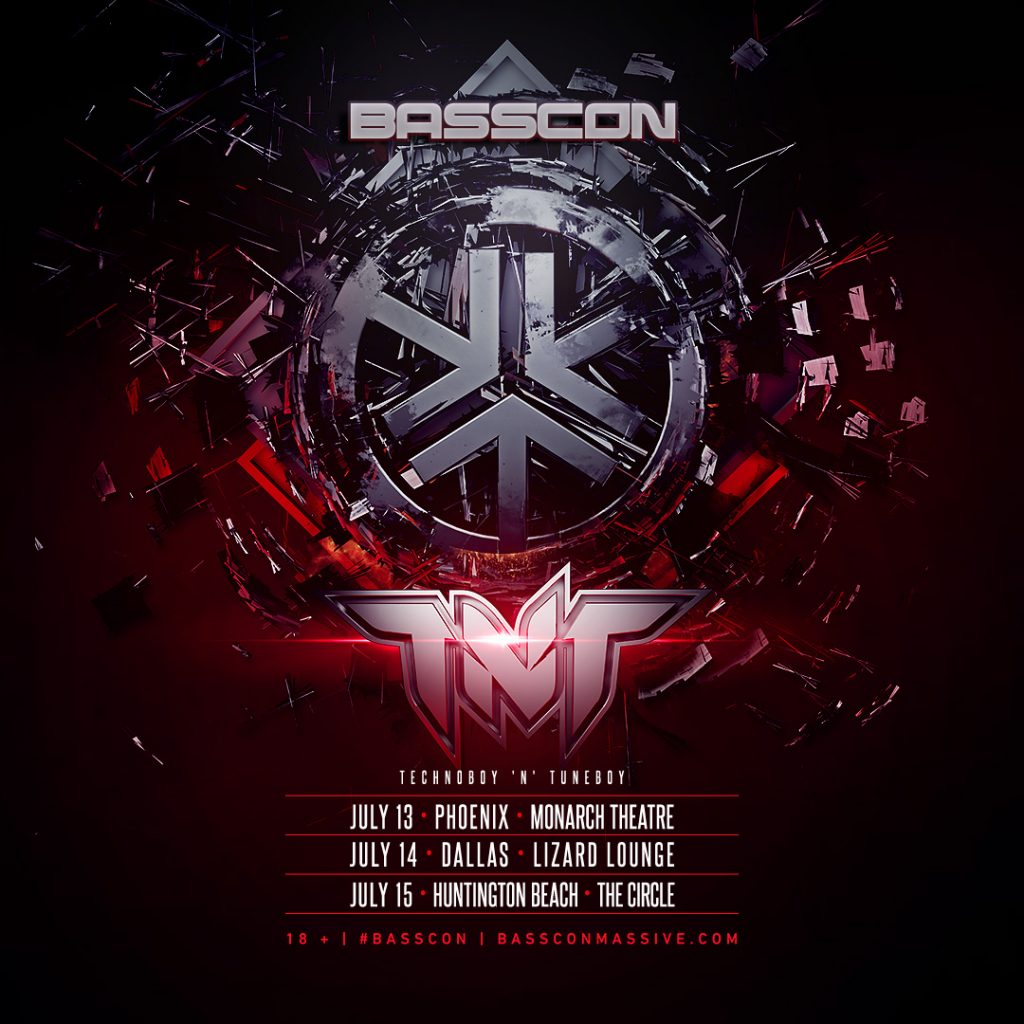 TNT never disappoints, so don’t miss out on your chance to see these two dons of hardstyle drop their signature, teeth-chattering sound in a city near you. Basscon Presents TNT takes place Thursday, July 13, at the Monarch Theatre in Phoenix, AZ; Friday, July 14, at the Lizard Lounge in Dallas, TX; and Saturday, July 15 at the Circle in Huntington Beach, CA.  Tickets for all three shows are available now.

The Wasteland 2020 line-up is here: “Prepare for two massive nights”

Basscon presents WASTELAND will return to the Hollywood Palladium in 2020. Today, the organisation has announced the complete hard dance line-up for the event, with many well-known…

In 2013 a new organization was born: Basscon. Since it’s inception, they found a home at multiple Insomniac festivals such as Project Z Festival and EDC Las…

Every single year a completely crazy world strikes down in the Nevada desert: Electric Daisy Carnival. From the 18th till the 20th of May the madness will…