Charly Lownoise and Mental Theo have announced to quit as a duo. Because the men “look back on their career with pride”, they decided to both go their own way and say goodbye with a last show in the Ziggo Dome: ‘The Final Show’.

READ ALSO: Mental Theo has made a hard remix of the winning Eurovision Song Contest track

In the past year, the iconic happy hardcore duo went on a tour to celebrate that they performed together for no less than a quarter of a century. The ’25 Years Of Charly Lownoise & Mental Theo’ shows attracted 300.00 visitors and that’s how they celebrated their anniversary in style. Via a video on Instagram, both men announced they want to thank their fans for all these years and want to go crazy one last time at the place where the anniversary madness all began: “Get ready and take your Nike Air Max out of the dust… Because we are going out with a BANG!”

Ramon (Charly Lownoise) states to be proud of what they’ve achieved together in all these years: “After 27 years working together and ending with such a year, puts the crown on this duo career. It couldn’t have been better or more beautiful. It had been wonderful for me and Theo together, but we want to give everything for one more time and go out with a memorable big bang.” Also Theo (Mental Theo) already warms fans up for the last performance of the duo: “The Final Show will be huge, epic and in style, since we’re doing this only one time. It’ll be an unforgettable spectacle!”

In 1994, Charly Lownoise and Mental Theo broke through with their hit ‘Wonderful Days’, which was still at #1 in ‘De 90’s Top 538’ of Radio 538 even last week, and was exclaimed as the very best song of the legendary nineties by the listeners. After this monster hit, they brought out many other tracks, such as ‘Stars’, ‘Together in Wonderland’, ‘Hardcore Feelings’ and ‘Fantasy World’. They sold more than three million albums worldwide.

“One last time!” ‘The Final Show’ of Charly Lownoise and Mental Theo will take place in the Ziggo Dome in Amsterdam on 18th April 2020. Because the two ’25 Years Of Charly Lownoise & Mental Theo’ shows in this year’s February were sold out in no time, the men advise their fans to register as soon as possible. The pre-sale stars on 2nd December via the official website of the event. The regular sale starts two days later. 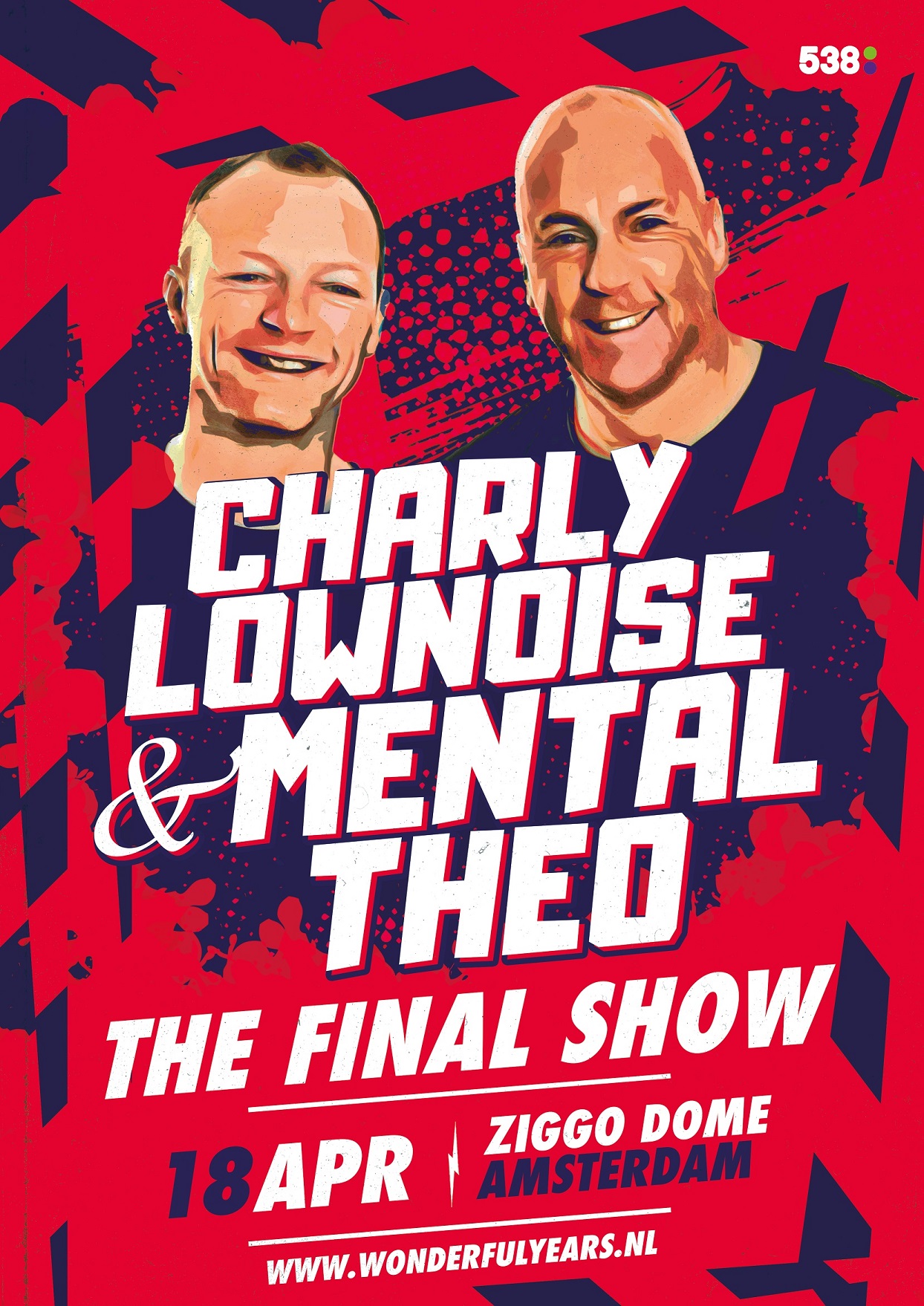 This was Brennan Heart presents I AM HARDSTYLE in Concert: “Partying like we used to during the corona era”

We’ve had to miss it for way too long, enjoying with thousands of other musical lovers to the 150 BPM of our most beloved genre. Last weekend…

With some of the leading DJs within the scene, two areas and the unique mainstage construction right in the middle of the hall, QAPITAL is an annual…

You probably noticed that the Dutch Duncan Laurence has won the Eurovision Song Contest. This also caught the attention of Mental Theo and because of this he…