Dr. Peacock about the largest frenchcore orchestra ever in AFAS Live: “Come experience the magic!”

The Peacock in Concert orchestra has only a little while to go before the biggest show yet takes place. On Saturday the 20th of November, the iconic AFAS Live will be dominated by this orchestral frenchcore formation, and we spoke with Dr. Peacock about this enormous show: “I am now working with about 20 people on this, including the musicians – and that’s not even counting the organizational side of what BKJN fixes.”

Millions of streams, performances at the RED of Defqon.1 and sold-out solo shows. The Peacock in Concert event sells out every time, due to the atmospheric performances accompanied by a high paced BPM. A unique combination of hard frenchcore with musical influences from the classical side, jazz, world music & much more, which is about to write history with its next step in the capital of The Netherlands: Amsterdam.

“This will be the longest Peacock in Concert show so far”

According to Steve Dekker (better known as Dr. Peacock), not only the formation of Peacock in Concert has been at such a high level. Because even if we look at the doctor himself, we see that Peacock is in the shape of his life. “It was time for this step, after more than 10 years of craziness”, he confirms.

“I’ve lost 20 kilos in weight: I no longer drink alcohol, I no longer smoke and I exercise and eat (often) the right things. And I feel very good about it.” But on the inside it has all remained exactly the same. “It didn’t make me any less crazy, haha.”

This ‘craziness’ is accompanied by a good bit of brilliance. After facing a sea of ​​people on the stairs of the 013 stage in Tilburg over the last couple of years, many visitors became elevated and even burst into tears. The Peacock orchestra has proven time and again to be a unique phenomenon within the harder styles (and beyond). “We are now moving up a level in terms of visual show, but also the show will be the longest so far,” begins Dr. Peacock to tell us. 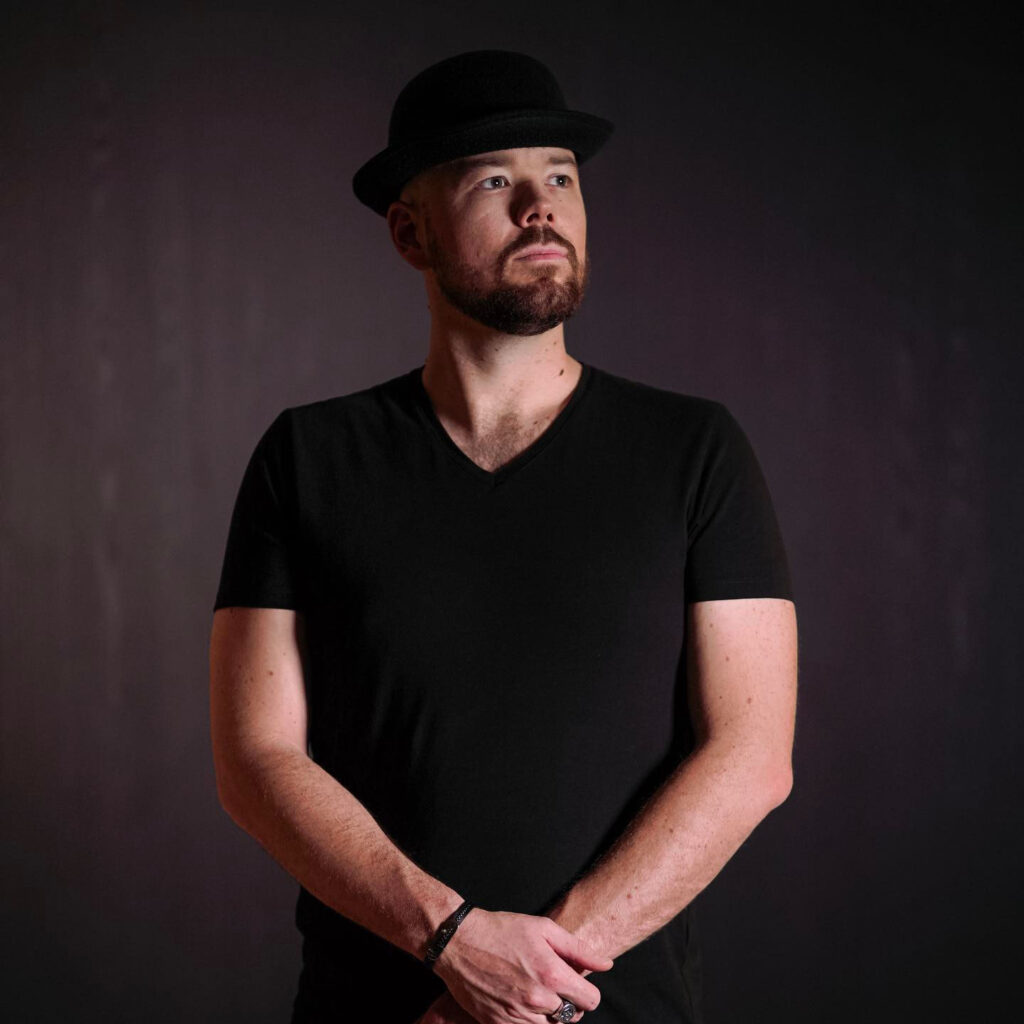 “What we created in 013 also felt really magical to me. Very intense. All in the same story”

Many fans talk about the magic that can be felt/seen/heard during Peacock in Concert. The performance at Defqon.1 2018 has made history in several ways: it was the first frenchcore act ever on the biggest stage within hardstyle & hardcore and with 5 million views (!) it is in the Top 10 of most viewed videos on the Q-dance YouTube channel.

Dr. Peacock tries to explain this feeling of his show. “What some people will know is that I am walking the spiritual path. I have been meditating daily for a couple of years now and I am increasingly moving towards “living in the now”. Very much towards the gut feeling. The music can take me completely.”

Despite the hard appearance of frenchcore, the performances translate this into pure sentiment on the dancefloor. “In my shows I always try to tell a story and take you through different emotions. Moments of intense happiness alternate with tears of profound emotion or a complete release of madness during hard parts. I try to bring that over through the musicians, through the visual show and by playing with lights. What we created in 013 also felt really magical to me. Very intense. Really together… All together in the same story.”

On to the next step: the biggest frenchcore event ever in the iconic AFAS Live

So the potential and growth is huge. “013 is my absolute favorite venue to give a concert and I will definitely return there, but now it’s time to go one step bigger”, the group frontman says. Also with these musicians, who normally don’t get to deal with frenchcore every day, a flame of passion for the genre has started to burn. “The musicians are already busy practicing and they have really come to love the genre. Nice to see that process, because they are all top notch!”

It takes up a whole lot of time in the run-up towards November. It’s not a matter of sticking a USB stick into the turntables; there is a whole orchestra involved. “Besides making music and preparing ‘the story’ in the set, I’m also involved in a lot of other things. Like the VJ part (with each track a unique idea for the visual aspect), the sound (performing completely live with a large group of musicians is really different) and of course the multiple rehearsals of the show with the full band. Really cool thing to do, and to let my music speak through images and instruments is the coolest thing there is for me.”

The Illusion of Time: “The meaning of life is just to be alive”

It should be obvious Dr. Peacock and his formation want to form a common thread through the concert with the story ‘Illusion of Time’. “Try to explain what time is? Time is nothing more than a word invented by man. But actually it is always “now”. There is no past and no future. Only in your head!”

If you think the harder styles are just flat, then you’ve come to the wrong place with the DJ in the bowler hat. “Haha, before we go too deep, I especially invite everyone to go into this show with an open mind. Let yourself be carried away by the story! Alan Watts plays a big part in this show. If you’re interested, just google his YouTube videos. Very interesting guy.”

“I always do everything by ear and feeling: I really can’t read a note myself!”

Speaking of the orchestra: how long has Peacock in Concert been preparing, how big is this group and what do they have to do to achieve this? “I now work with about 20 people on this, including the musicians. And that’s not even counting the organizational side that BKJN takes on. That preparation takes months of work.”

It is obvious that Dr. Peacock is full of passion and gets into big projects. “Like the Symphony of Freedom show on the boat with Sefa. That was 7 months of preparation. Had to go offline for a while after that one, haha. I guess that will be the case again now. Fortunately, I have Sacha (the pianist) who helps me immensely with a lot of musical work (such as music notations and setting up certain ideas for the band). I really can’t read a note! I always do everything by ear and feeling.”

“I think the Hardstyle audience will really appreciate this too”

If you are a fan of Hardstyle for example, then Peacock in Concert is definitely worth a visit. “It may be a lot faster than Hardstyle, but I think it’s mainly about the emotion and going wild together. The piece of musicality and the show element will also really appreciate the Hardstyle audience. It is hard, fast, but accessible.”

“Come experience it! Then you will feel the magic. You don’t feel that through a screen, you really have to be there. In terms of musicality you can expect a lot of new stuff, but of course also some well-known hits!”

“Looking back, Peacock in Concert in AFAS Live is another icing on the cake”

The biggest artists (also outside the harder styles) have had their own show in AFAS Live (and in the past Heineken Music Hall). Where many people used to think that it would be impossible for the name of a frenchcore DJ to be among the names of the biggest global pop stars, Peacock in Concert really makes it happen.

“From the smallest stages of local Dutch clubs, like the Buk Buk in Heiloo, the Argus in Alkmaar and the Kade in Zaandam, to AFAS! Yes… I am really grateful for that. Happy and proud to make this dream a reality together with BKJN. Surrounded by sweet, dedicated musicians and everyone from the Peacock Family. And all the steps in between that led to this. When I look back… What an adventure. This is again icing on the cake. We are ready!”

Perhaps this show – just like the previous ones in 013 – is another step to something bigger. “Who knows. We go with the flow. We’ll see where that takes us.”

Peacock in Concert will take place on Saturday the 20th of November 2021 in the AFAS Live in Amsterdam. Ticket sales for the unique concept are going fast: the event is expected to be completely sold out next week. So go to the official website for tickets and more information!

LIKE IT HARDER XXL expands to Maassilo for new concept: ‘Back To The Future’

LIKE IT HARDER XXL is going even harder this year, but with the music of the past. The brand new concept ‘Back To The Future’ looks back…

Why Hardstyle lovers will be amazed at TITANIUM Festival

The festival season has finally started! The calendar is getting fuller, but even if you want to go a little faster, the offer is excellent. Like the…