It feels like a very long time ago today, but Dr. Peacock and Sefa once again set the bar high within the harder styles. The frenchcore DJs – who are both conquering increasingly larger stages with their music – come with a new EP: 4 chapters, 4 tracks, 4 video clips and 1 story. “We thought it would be great to make a bold statement, in multiple ways.”

In 2019, when corona was just a beer, Sefa and Dr. Peacock already had the biggest stages in the world on their CVs, like that gigantic RED on Defqon.1. A unique achievement within the harder styles. A year later, the (festival) world went on hold, but this gave them both room to go into the studio together. Because after two previous EPs and an impressive number of collabs, it was time for a new joint release: Frenchcore Worldwide 008. 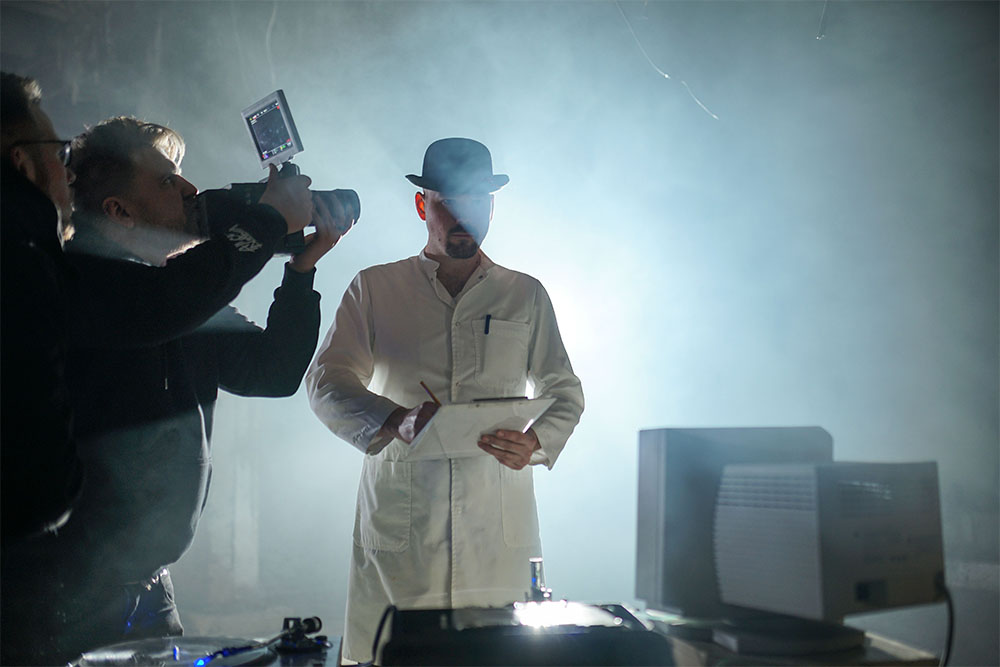 “I think we’re both fostering an unparalleled work ethic together, resulting in this EP and another very big project that we’re about to unveil.”

“Since we were both extremely busy in 2019, a renewed personal bond has emerged between us in 2020, partly due to the rest that we both could take”, says Sefa. “I wanted to seal that development with new music, as I think it works best. After that, it only took an WhatsApp message for both of us to put the agendas next to each other and to secure the studio every Tuesday and Thursday for six months. The result: sessions that are some of the most productive of my life. I think we’re both fostering an unparalleled work ethic together, resulting in this EP and another very big project that we’re about to unveil.”

Dr. Peacock fully agrees. “We have grown together tremendously through this time”, says Steve. “As friends, but also musically. That is why we really wanted to create something very special. Out of the box! Auke (the videographer) has devised this story together with us. Special locations, great people to work with, and heaps of creativity. That really works really pleasantly for us. We also sat a lot with musicians who contributed to this, so that we not only visually but also improve musically! Always very nice to work with people who are being one with their instrument. It puts a lot more emotion into your track.”

Sefa: “It’s a relief to step away from the maligned party videoclip once again. With all due respect, I have already seen some ladies in a few dozen video clips. And we were running out of our own footage, haha.”

A few weeks ago, a mysterious video of both gentlemen suddenly appeared on Instagram LIVE. Since the outbreak of the pandemic, fewer things have been addressed extensively, but this turned out to be the start of Dr. Peacock and Sefa for another great project. Testing tracks is difficult when there aren’t any events, so they picked someone from society to test their new music. “4 unique tracks, but which together form 1 whole”, explains Dr. Peacock. “People are free to interpret the story themselves! We thought it was really great to make a bold statement, in multiple ways. Something different than usual. New challenges are important! There are also all kinds of emotions intertwined. Anger, helplessness, fear, euphoria, madness… everything!”

According to Sefa, there is a considerable challenge there. “It is always difficult to tell a story with a videoclip, if it lasts a maximum of three to four minutes. Merging an entire EP makes this easier, and you get the chance to go more in depth. To pin down the common thread is difficult, because the story is quite interpretable. The essence of the story for me is the journey of a boy who finds a certain motivation in music. That boy can be anyone, and I have also followed a similar path. Our goal was to portray this journey in a somewhat abstract way. You often see that concepts like this are being tackled as a kind of feature film. We wanted to avoid that. It was a challenge, but with the team we have produced an extremely worthy final product. And especially for me it was a relief to step away from the maligned party videoclip again. With all due respect, I have already seen some ladies in a few dozen clips. And we were running out of our own footage, haha.” 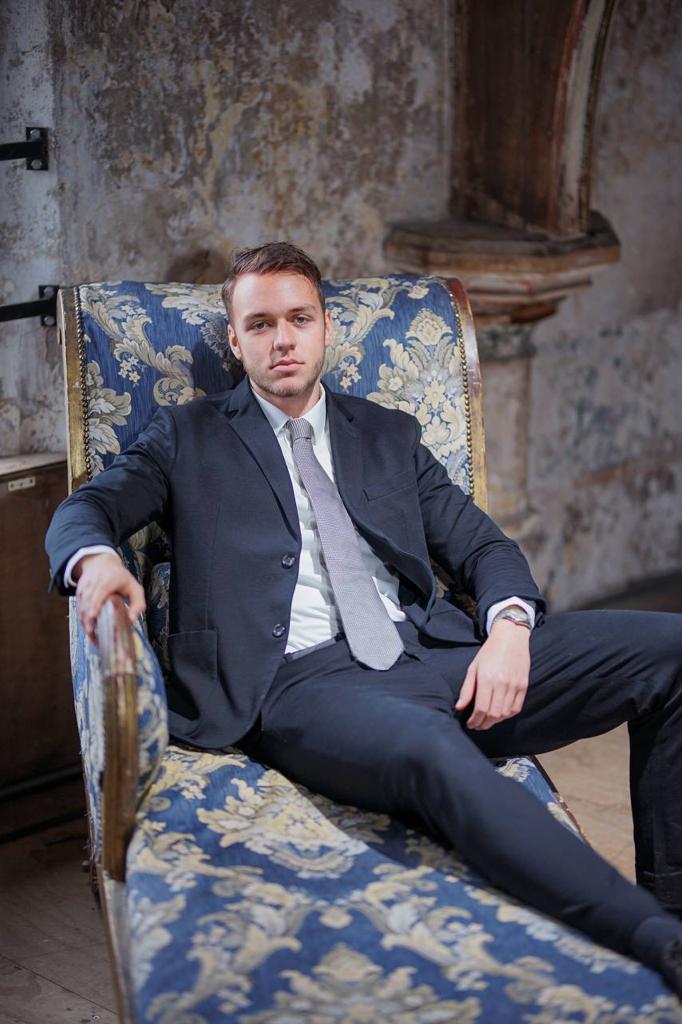 Dr. Peacock: “This is really by far the biggest (and most expensive haha) project I’ve ever done. Next level, too! A huge step for Frenchcore.”

There are now two tracks (both with a videoclip): ‘Adagio’ and ‘Everything is a Lie’. The streams are rapidly increasing and the reactions in the comments are full of praise. “We started doing this in October 2020”, says Dr. Peacock when he looks back on this whole project. “Actually much earlier with ‘Everything is a Lie’, but then we didn’t know that that record would become an essential part of the total story. This is really by far the biggest (and most expensive haha) project I’ve ever done. But really cool to do, and with a wonderful team around us. Next level, too! A big step for the Frenchcore.”

Sefa also indicates that this EP has been in in the making for more than six (!) months. “I feel there is a lot more work to it. But that’s the plus side: every step was taken with great pleasure and everyone was very motivated to do this together. It was great to have a common goal again, something that us both and many other colleagues have been missing recently.”

The decisiveness of Peacock with the musical ingenuity of Sefa: Frenchcore Worldwide 008

Those who know the history between Sefa and Dr. Peacock, know that the two already have done a lot of collaborations with each other. ‘World of the Dream’ and ‘Atlantico (Pain is Everywhere)’ – with almost 14 million streams (!) on YouTube – are just a few of the many fantastic frenchcore examples, out of their extensive list of collabs. What makes the collaboration between the two works so well?

“It’s like what many people describe as the backbone of a successful marriage”, Sefa analyzes. “We have interests and an overlapping taste, but are not so close to each other that it will clash or irritate. In addition, I enjoy developing ideas the most, and Steve is good at building and finishing the track again. For me, that is often a point of attention. It is nice when someone is urging you to stop with crazy chords and build progressions and just finish the track, but at times I get motivated to do something unconventional again. We both feel that perfectly, and the hours often fly by in the studio.”

Steve is just as enthusiastic. “Sefa is a great genius in the field of music theory, creating special structures, putting down ideas that are in our heads, etc. And I hear what I think is cool, but I do everything from my guts. And I really like a building a story in a track. In my opinion, that combination is really perfect!”

“A Defqon mainstage would also be fun”

As you can read, the frontmen in frenchcore can’t stop talking about this EP. Rightly so, because anyone who sees the harder styles as his or her passion, will undoubtedly have the same. A huge, high-quality story. Of course you want to be able to hear this in front of a large stage, or any stage according to Dr. Peacock. “I want to test these tracks everywhere! Whether it is for 100 people or for 30,000 people. I’m really looking forward to it! Of course with the many different instruments that are in the tracks, I can’t wait to perform this with musicians on stage as well. I would really enjoy that!”

“I immediately think of a large indoor hall”, adds Sefa. “The first two songs, ‘Adagio’ and ‘Everything is a Lie’, are in my opinion tracks that really come into their own indoors. I find the character a bit darker, and in terms of show, it’s really cool to play  them at an indoor stage. The last two tracks, ‘Incoming’ and ‘Illusions’, are such nice screamers. I can’t wait to hear the audience sing along with those melodies. And then that reverberation that goes from one to the other wall bounces, there is nothing better for me. Anyway, a Defqon mainstage would also be fun. We will see.”

Two more records will be released on the coming Fridays, completing the release of Frenchcore Worldwide 008. The first two tracks of the new Dr. Peacock & Sefa EP can already be admired on YouTube and Spotify, and hopefully this will soon be allowed ‘in real life’. “We’re almost ready to go! And yes… I can’t wait to see you all again!”, Steve says at the end. Sefa also has something he would like to pass on to the readers, at the end of this interview. “Stream my music and buy my sweater, please.”

Check out the videoclips on the YouTube channels of Dr. Peacock and Sefa. More information on the “other very large project” will be announced shortly.

LIKE IT HARDER XXL expands to Maassilo for new concept: ‘Back To The Future’

LIKE IT HARDER XXL is going even harder this year, but with the music of the past. The brand new concept ‘Back To The Future’ looks back…

Why Hardstyle lovers will be amazed at TITANIUM Festival

The festival season has finally started! The calendar is getting fuller, but even if you want to go a little faster, the offer is excellent. Like the…

Sefa’s upcoming album is starting to take shape and the countdown can officially begin from tonight. Tonight Sefa will be the first frenchcore artist ever to play…