From Vans to Nikes: A 150 BPM Experience

I would’ve laughed extremely hard at myself if I had realized where I would’ve gone that night. Adaro. That name didn’t ring any bells to me back then, but now way more. Hardstyle? That doesn’t sound like me. The music was too flat and the people differed so much from myself. I would’ve never been able to get used to it. Or so I thought.

Immediately at the entry the music pumped through my veins. Hard, fast. Too fast. Shortly before that moment I had run into the night with a group, tripping over my Vans, to the taxi that would bring us where we were now. So much new impressions, bit by bit overwhelming. People I had only known for a few hours, but with them I was standing in Takens right now. Connectedness. Far away from the campsite, where the life suddenly looked so innocent, compared to what was happening here.

I had never thought this night would only be the beginning. It was an experience which stayed with me for a long time. It secretly hunted me and has never left.

Flashing lasers. Into the crowd. Some wine here, a cocktail there. A buzzing head. Just a case of surrendering to everything I am not. Too much alcohol. Energizing. Sweating people. What the hell am I doing here? Life here was so different, so odd for me. On a clear moment I realized this was life too, only not mine. Not for me. Not yet. I do it #MyWay. 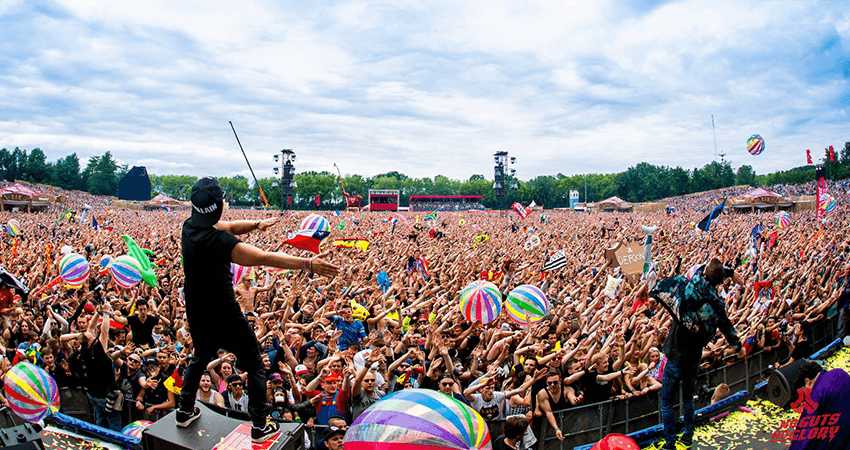 A lot of tracks had passed the DJ-booth that night. I wouldn’t be able to name even one. They meant nothing to me at that moment, they didn’t loosen any feelings. The music rumbled undoubtedly long after in my ears, even hours later, when I was sitting on the grass with a hangover, back to earth from something that seemed like a whole different world.

My heartbeat shot skyward to the speed that the music had reached in the meanwhile. The people around me seemed to know no rest and dragged me to the front once again. Exhausting. Sticky clothes and ruined shoes. Unsuited. I had no idea Nikes were made for this.

There are many tracks which I seem to have known for ages now. I don’t know where, but it could mean that the roots are in that night. One of those tracks is the track ‘#MyWay’ made by Ran-D. Unconsciously it probably did more to me than I thought at that moment. Some things sink in, despite the state of my consciousness that night in Takens. While listening to the lyrics I realize that this track describes the situation perfectly in which I was finding myself at that age. The feeling which arises when hearing that track has always stayed with me. 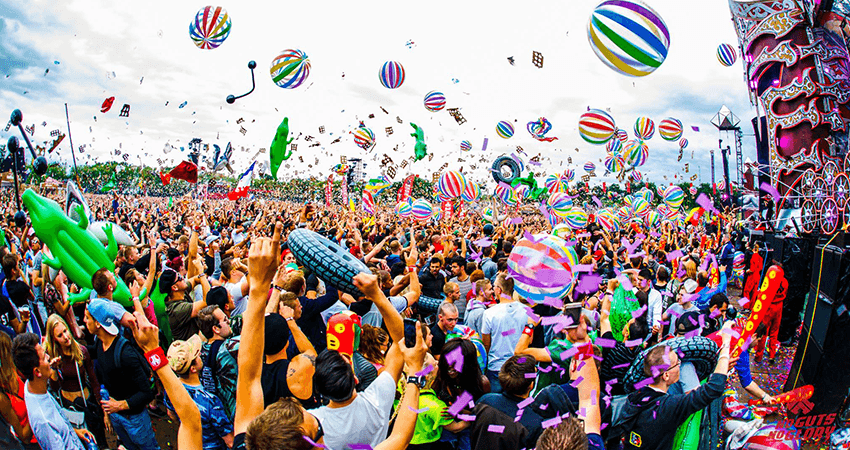 Broadly half a year later I was finding myself again at a Hardstyle party. Without doubt I had agreed to join and this time I knew darn well what I could expect. Skip a night with awesome crazy people around me, led by the music and not to forget, an overdose of adrenaline. Energy which on its turn compensates a skipped night and completes the circle back again.

Listening to music in the train during long journeys. Hardstyle. Visiting a party or a festival with friends. Hardstyle. Never before was my life held in its grip by a specific music genre. I wouldn’t want to place it above other genres, but it definitely has its own customs, something that makes it special.

From that moment on the speed only increased to end-of-the-line Hardstyle. I got a boyfriend, possibly one of the biggest Hardstyle-addicts the world has ever seen. For me, there was no way back. Still, it’s crazy to realize that nowadays I don’t only find #MyWay on my high-heels and Vans. Along into the surging crowd. Wearing Nikes. Hair tied together. I had never expected that my life would go in this direction. Though, a lot has changed, and it changed rapidly.