Several media have been reporting that SFX Entertinment, the owner of companies like ID&T, Q-dance, b2s, Beatport and Paylogic, is currently moving further down-hill. The enormous company went to the stock market in 2013, with owner Robert Sillerman overlooking it all.

Unfortunately the stock hasn’t been increasing since then, but has plummeted. The stocks started at $13,- and dropped down to $7,09 on September the 1st last year and even further to $0,92 yesterday. That’s why many partners and sponsors are losing their faith in the company. 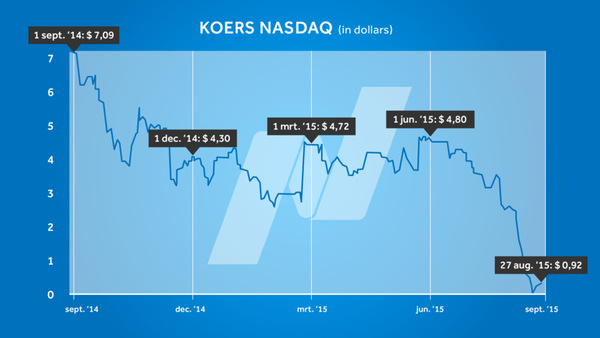 Robert Sillerman went, like mentioned above, public with his SFX Entertainment in October of 2013 and that resulted in a lot of revenue (€234 million). Sillerman used this money to go shopping. He bought several companies like ID&T, b2s and Air Events. These companies are responsible for a large part of the world’s Electronic Dance Music events. But Sillerman didn’t stop there. He continues shopping abroad and has also bought companies like i-Motion and Stereosonic.

SFX owns almost the entire ‘Electronic Dance Music-empire’
This resulted in Sillerman owning a large part of the international players in the dance industry. That’s why it won’t come as a surprise that Sillerman appeared on the cover of Billboard three years ago with the title: “Robert F.X. Sillerman has a $1 billion plan to conquer the world of dance music.” Check out an overview of some of the companies that SFX owns. 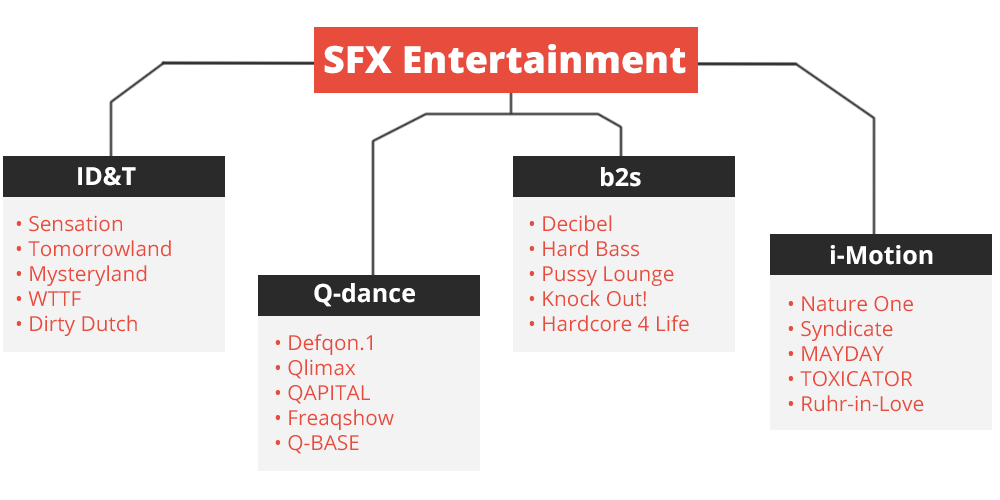 The stock has plummeted because of big losses
It appears that the company has went a little too far with their investments, because the revenue of the past few years hasn’t been very hopeful. SFX suffered a loss of $130 million in 2014. The stock plummeted because of that. The American financial press is all but optimistic. Forbes made the following statement about SFX: “The fall of an Electronic Dance Music-empire”. “It’s the result of bad management, bad financial planning and hubris”.

What are the consequences?
What the consequences and possible bankruptcy of SFX will be for companies like ID&T, Q-dance and b2s is not certain at this point. “It’s not quite fun, but we’re not impatiently moving on our seats” says Sjoerd Wynia from ID&T, the biggest Dutch player on the market. “The events in Europe perform really well, we have been selling more tickets than ever.”

If ID&T, and because of that Q-dance and b2s, will also suffer losses when and if SFX falls is unclear. “We’re not psychic” says Wynia. “It involves complex processes. But we’re not really worried here in Europe.”

Tonight it was announced all events in The Netherlands are officially cancelled until the 1st of September. This also means the biggest harder styles festival in the…

Defqon.1, Intents, Dominator, Decibel & many others cancelled until September due to coronavirus

The news every hardstyle lover has feared, has just been announced. In a press conference, Dutch Prime Minister Mark announced all events in The Netherlands will be…