Intents Festival has been around for 20 years and comes with great news from the kingdom. After the Saturday of the festival sold out in no time, the organisation is now unveiling the first part of the Sunday line-up and there’s already a lot to look forward to.

With impressive stages and breathtaking shows, Intents Festival has grown into a permanent fixture for Hardstyle fans over the years. For its 20th anniversary, it turns out royally: “Come and enjoy Intents, discover the beautiful palace and witness the best performances.”

Starting with the list of announced stage hostings: it’s bigger than ever before. Rebelion & Vertile will provide the Indoor Mainstage on Saturday and Partyraiser has added Dimitri K to host the Dynamite this year. On Friday, the men of Major Conspiracy are responsible for kicking off the weekend of this stage and Dr. Peacock has the honor on Sunday.

The first names of the Intents 2023 line-up on Sunday have just been announced. Including Act of Rage vs. Radical Redemption and a mega battle of Adjuzt vs. Aversion vs. Mutilator on the mainstage. The Fanaticz stage once again features heavyweights with Anderex vs. Deezl and Sickmode vs. Mish with their Rave Love and Classics aficionados can enjoy with Adaro vs. Crypsis at the Relive. Check out all the names so far below – many more artists are still to be announced. 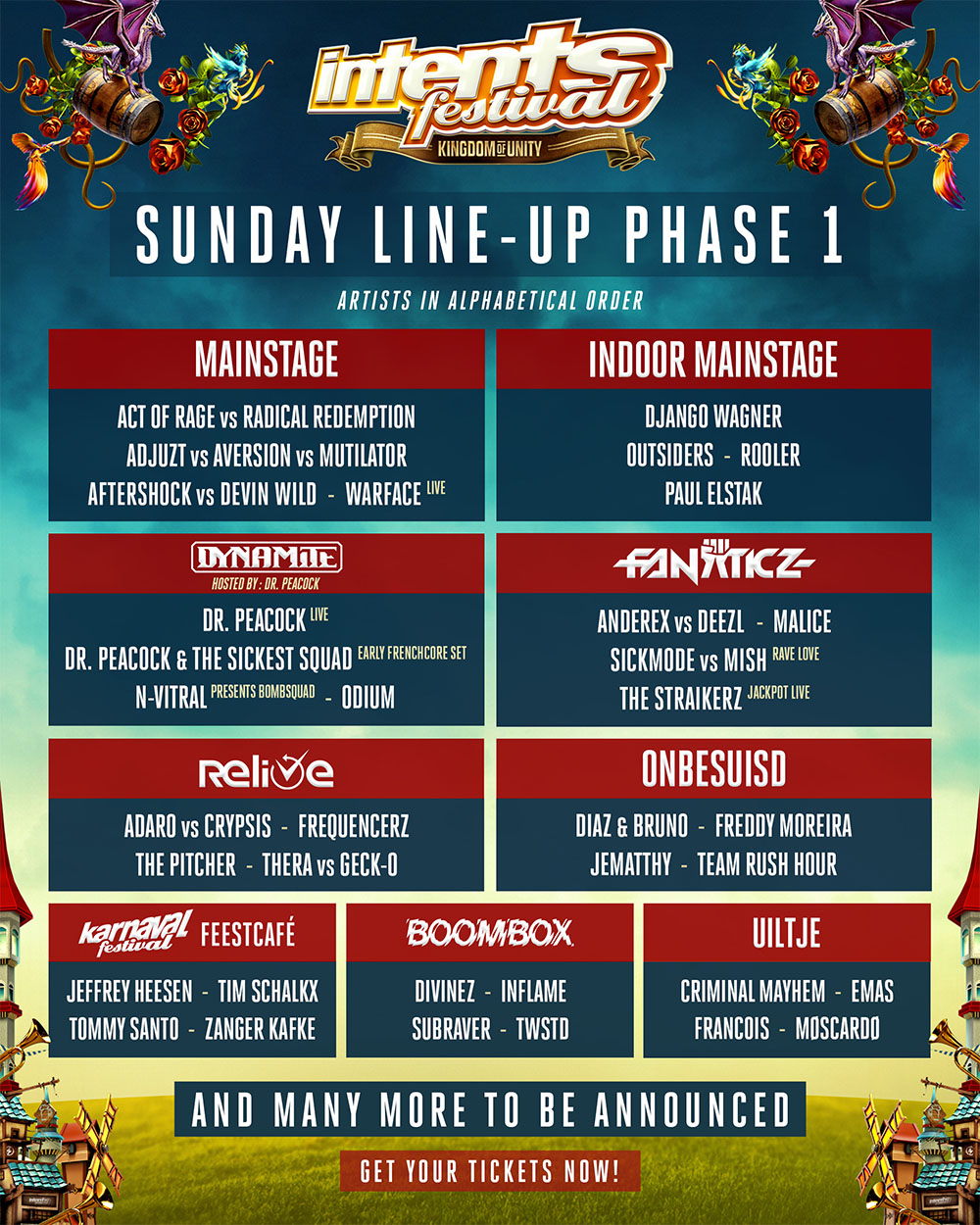 “You are invited so don’t miss this spectacle”

Intents Festival will be held from Friday 2 June to Sunday 4 June 2023 in Oisterwijk. Saturday is already completely sold out, but go to the official website of the festival for camping tickets, Sunday tickets and a few combi tickets.

Elektrum Festival is ready for the big closing of the festival season. After the first artists already made quite an impression, the brand new multi-day festival now…

The new Elektrum Festival has just revealed the first part of the line-up. With four different stages spread over two days, the best of hardstyle, raw, hardcore,…

The Purge puts legendary after-track ‘VENDETTA’ into the remix

We can no longer ignore it: ‘VENDETTA’ has become the anthem of every festival campsite. The song suddenly storms into the Viral Dutch charts at number two,…