Is this the Qlimax 2019 – Symphony of Shadows line-up?

It’s time for another edition of Qlimax conspiracy theories! By now, Q-dance has shared a photo for all of the 10 artists that’ll be performing at Qlimax, out of which the hardstyle community can once again decipher clues about the line-up. We assembled all of the conspiracy theories for you; is this the Qlimax 2019 – Symphony of Shadows line-up?

ALSO READ: This is what we know about Qlimax 2019 so far

“He who tunes you in to our sanctuary.” The first operator is a difficult one. Is it Tuneboy, Zany, or Audiofreq? For now the largest part of the community is betting on Tuneboy , since Qlimax always opens with a classics set and he knows how to do this like no other. Here you’ll find Operator I performed at Qlimax ones in the past, which is also the case for Tuneboy (solo). Furtermore there’s literally ‘Tune’ in the hint, but would Q-dance really make it so easy for us…?

“He who initiates a new movement” seems to be about none other than KELTEK. First of all his logo can be found right in the middle of the photo. Furthermore you’ll find two arrows going the other way, which could represent the split of Psyko Punkz. Last but not least you’ll also find the je sentence “energizing renewal and harmony”, which could definitely be about KELTEK since he completely changed his career after he went solo.

“They who bring balance to nature” can refer to the men of Bass Modulators, since they performed at Qlimax 3 times before (2015, 2016 en 2018). Down below you’ll also find: “input: moonstone”, the crystal which works as follows: “Helping us to tap into our psychic abilities, divine inspiration, and magical dream work.” Of course this looks a lot like the story behind the Modulators Limitless album… 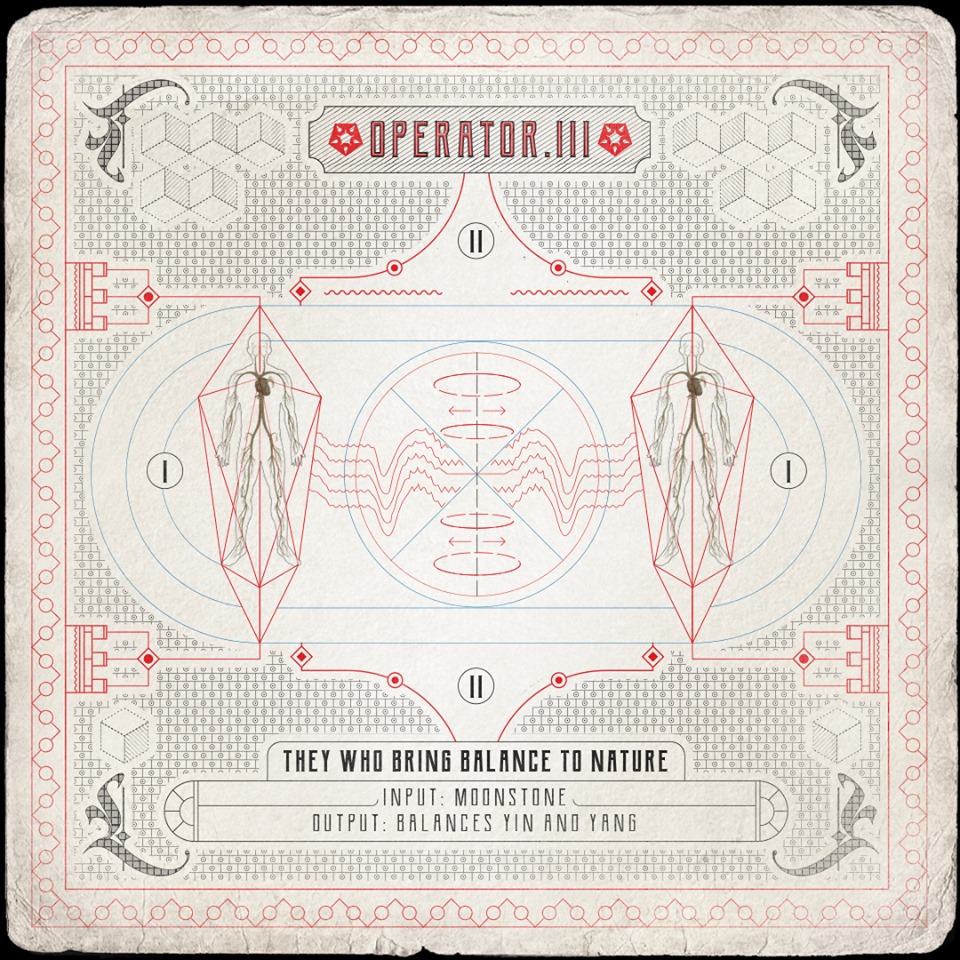 Yet, this hint is a tricky one. It might as well be the men of Sound Rush performing there. As twins they represent a certain “yin and yang” and the bodies in the photo are exactly the same.

“They who linger between light and dark” is probably about the loved duo D-Block & S-te-Fan. First of all the text seems to refer to ‘Angels & Demons’, part of the well-known ‘Ghost Stories’ series. Furthermore, if you pay very close attention you’ll find a tiny ghost in the photo. If that doesn’t mean DBSTF at Qlimax 2019…

“He who lets you explore a seldom awakend force.” This operator very strongly seems to be the well-known Headhunterz. First of all the body has an “orange heart”, just like the track Willem released some time ago. Second of all, a part of Headhunterz’ Qlimax 2007 anthem ‘The Power of the Mind‘ is featured: “A force seldom awakened.” 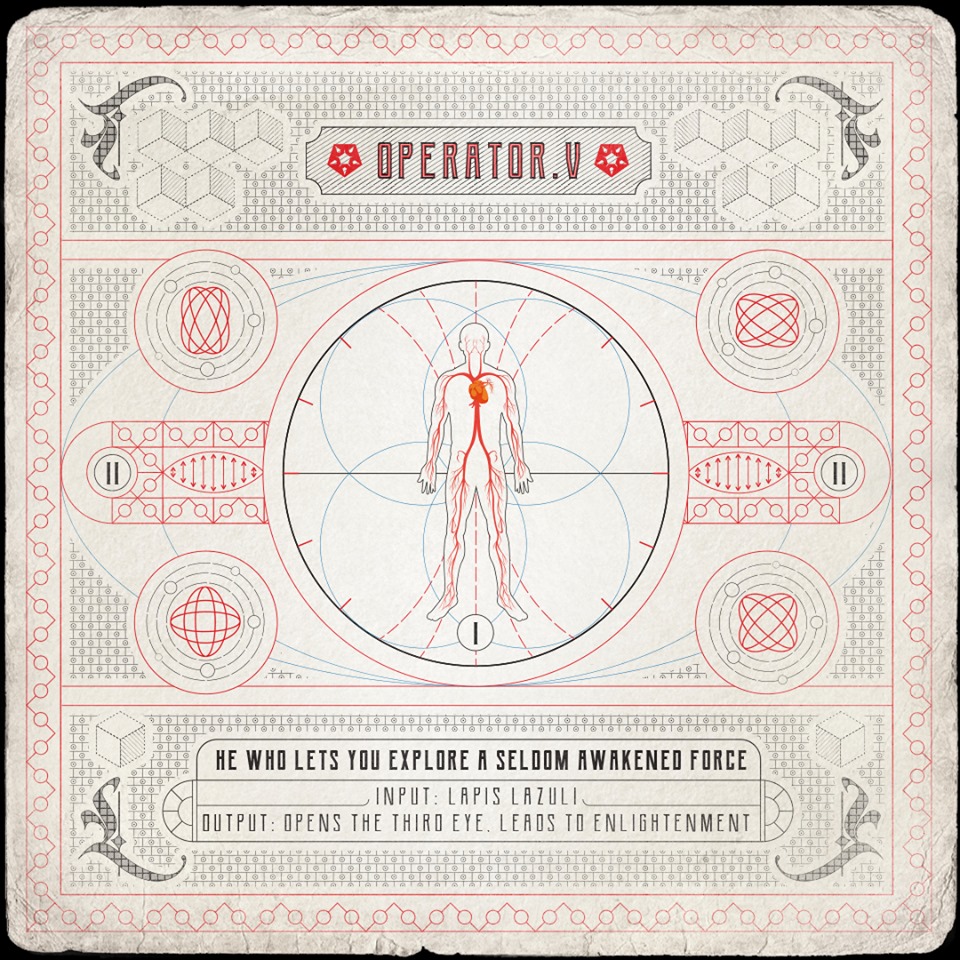 “He who conducts the darkness within” definitely seems to point to none other than B-Front! We already speculated about the fact B-Front would be the Qlimax anthem maker, which also this hint seems to support. Think about B-Front’s track ‘Darkness Inside You’, but also the sentence “empowers patience and determination” could very well be about B-Front finally getting to create the Qlimax anthem!

“He who brings the light when darkness comes” seems to be about our firestarter Ran-D. First of all it’s true he performed solo at Qlimax 4 times before: in 2011, 2014, 2015 and 2016. Furthermore, the hint of course also refers to a quote from his number 1 hit ‘Hurricane’: “When darkness comes, bring the light.”

Hidden inside the photo is on the left is “MCMLXVIII”, which translates to 1968. This is the year of birth of The Prophet, so we might see ‘The Godfather of Hardstyle’ as well on the 23rd of November.

“He who beats the drum of life” could be about the raw hardstyle hero Rejecta. In ‘The Rise of Rejecta’ you can hear “Beat the drum of life, find my hidden quest”. Also the hint “inspires brave and sensible behaviour” could refer to the fact Rejecta waited 4 years to introduce himself to the hardstyle scene, in which he perfectioned all of his skills. Last but not least Rejecta of course has quite the history with Qlimax: before anyone knew who he was, 2 of his tracks were played by Frequencerz during Qlimax 2017. 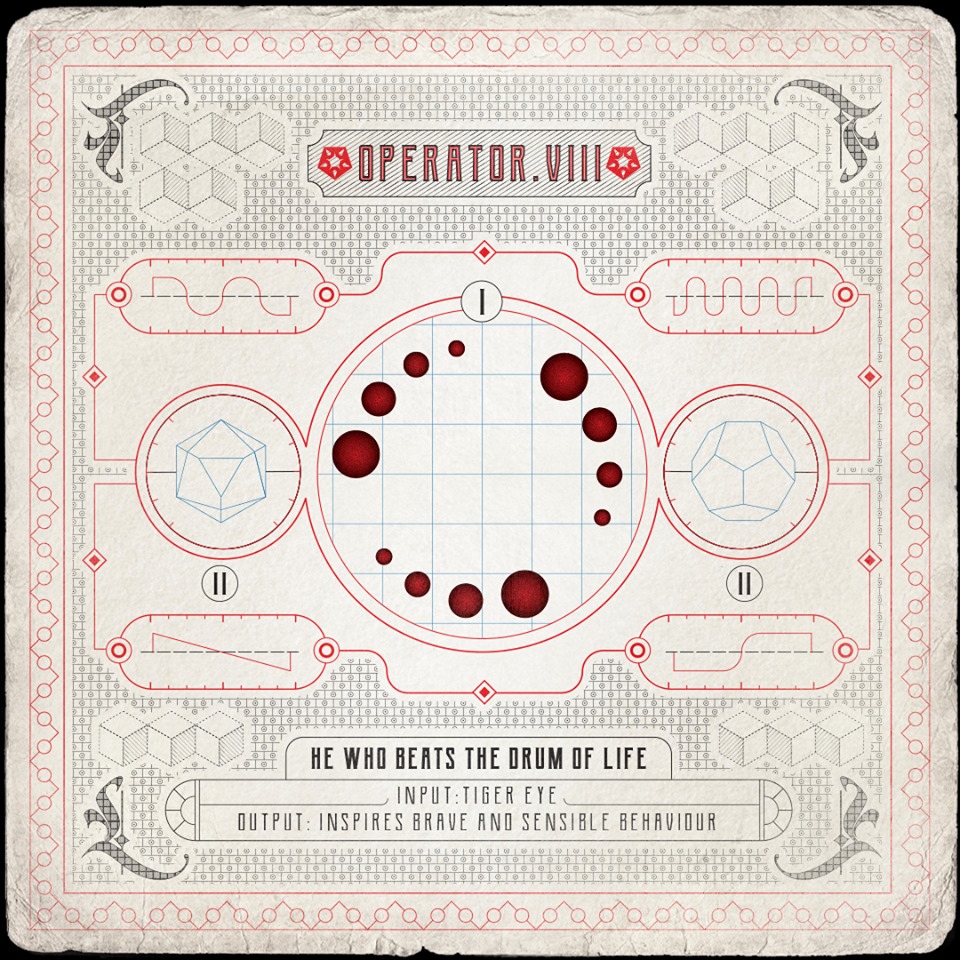 “He who challenges your limits” could be about D-Sturb. This spot in the line-up would make sense, and in his live-act series ‘The Next Level’ he also faced several challenges. Furthermore in the picture it says  ‘Quartz Crystal’, which is also known as the ‘Universal Crystal’. As if it were coincidence, D-Sturb released a track called ‘Universe‘…

“She who shows no mercy” probably refers to the hard Miss K8. According to our earlier theory, Operator X will perform at Qlimax for the very first time this year, which would also be the case for Miss K8. Qlimax often closes down with a hardcore act, and none other than Miss K8 is the most famous female hardcore DJ out there. Not convinced just yet? Give the picture a quarter twist, after which you’ll find a large 8!

Of course we don’t know for sure the artists mentioned above will be featured in this year’s line-up, but the clues definitely promises good things! Qlimax 2019 – Symphony of Shadows will take place on the 23rd of November at the Gelredome in Arnhem. Ticket sales for Q-dance members will start on Saturday the 31st of August, for which you can register only until today via the website.