It’s safe to say that ‘Live The Moment’ is one of the most iconic tracks in hardstyle music. 10 years later, during the final minutes of DEDIQATED in the GelreDome, it even has been voted as the number one hardstyle track ever made. It gave JDX a spark of inspiration to come with a brand new release: “Being voted as #1 Hardstyle record of all time, I decided that this was the right time to make something new.”

‘Live The Moment’ is one of those records you can play over and over again. Lots of fans surely did, since JDX has not been active under his own alias for the public since 2011. So for those who may not know this producer yet, who is JDX? “I am Joshua Dutrieux a.k.a Dj Busy a.k.a 567482 a.k.a JDX. Born in Vlijmen (Noord-Brabant) on the 2nd of August 1976”, says JDX. He interest in music started at a very young age. “Classically trained on the piano since I was 5 years old. Grew up with a lot of psychedelic music, like Yes and Pink Floyd, but also Led Zeppelin and Micheal Jackson. Started going to house parties in 1991. Became a Hardcore DJ in ‘94 till ‘99. When Hardhouse became a thing for me in 2001 I started producing again and began DJS Records somewhere in 2003. From there I DJ’ed at a lot of talent rooms at events from Q-dance.”

A producer who definitely earned his stripes within the hardstyle scene

From there on, JDX’s career started to take off. “Being at Straith On Recording at that time, producing a lot, I also did small jobs like recording the first Q-dance Radio with Rogier Werver (one of the founders of Q-dance), and I gave him my demo CD with Filmic style synthesizer music. And that was the start of making show music for Q-dance around 2004. In 2006, I got the opportunity to craft my own original composed music, custom made for Qlimax in that year. The rest is another long story I can write a book about, haha.”

After the release of ‘Live The Moment’, and not having released any hardstyle in the last 10 years, JDX made the decision to produce hardstyle again. “At Defqon.1 2019 my track ‘Live The Moment’ was part of the Endshow. Seeing and feeling it again with the energy from the crowd and the spectacle of the fireworks, lights, lasers and huge stage, it made me realize how special this 10 year old track was. But being voted as #1 Hardstyle record of all time at DEDIQATED I decided that this was the right time to make something new.”

“What makes this scene so special? That’s a very short answer. Love for the Harder styles and most importantly: dedication!”

In the meantime, Joshua did a lot of work behind the scenes. “In 2009, I moved to Los Angeles to pursue my dream: Film, TV & Game Music. Next to this, I also kept working on show music for the events of Q-dance and ID&T. Lived in Hollywood for a couple years and built my studio there and started to train some people to build a small team around me. Amazing times!”

“In 2018 I started working on the show-music of Defqon.1 with my dear friend Jonas Schmidt, who is the Creative Director of Q-dance. We were talking about that I haven’t been to Defqon.1 for a long time, so I decided to come back to the Netherlands. Being back at Defqon.1 and experiencing the event plus seeing all my old friends and colleagues was just WOW WOW! From that moment I decided to stay, and start building my JDX Music music production company again.”

For instance, JDX played a significant role in the Defqon.1 2019 anthem by Phuture Noize, KELTEK and Sefa. Young Sefa even describes Joshua as a musical genius. What does JDX’s music stand for and what is his source of inspiration? “That’s a difficult question, gheghe. I probably think my music stands for a couple of things: storytelling, emotions and passion. Big sources of inspiration for my music are musicians like: Steve Vai, Danny Elfman, Hans Zimmer, Virgil Donati, Dream Theater – just to name a few. What also inspires me, is a lot of movies like Marvel, but also cooking because I love food and wine!” 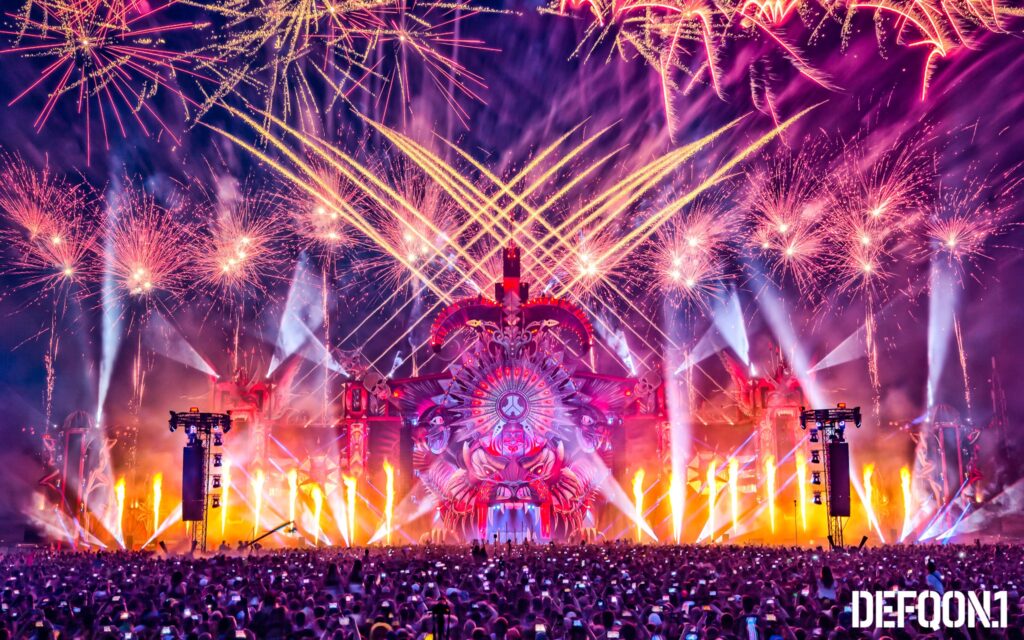 About to create new memories

Now, many years later, it’s time for a brand new release. The latest track from JDX, called ‘Making Memories’, will be release on the 2nd of August. “During the corona lockdown in April, I started to play around again with Hardstyle and some small tests productions came out of it. I thought: ‘How cool would it be to have some vocals at my disposal and fool around with that?’ I asked my publisher for some vocals and picked two of them. A couple of days later, I finished a full track and was blown away by how it all worked out. I sent it over to a couple of people and they immediately said that I should do something with this, and basically everything changed from that moment.”

Being an (former) Scantraxx member, JDX never forgot about who he had work with many years ago. “I started to make a plan and a concept and thought about where I could release this track. Back in the days, I promised myself that if I would do anything with Hardstyle again I wanted it to be with Dov and his label Scantraxx. Then I found out about their slogan “We Create Memories”, so it had to be with Scantraxx!”

“From there on I recorded parts of the track with the Kaleidoscope Orchestra to add real strings and brass for the teasing campaign, but also include a snippet of ‘Live The Moment’. For this teaser, Michael Jo re-recorded his vocals for the slower, orchestral version, and it was that we first met in my studio! The magic really happened while recording on that day.” Resulting in his very first release in 9 years.

Interview with JDX: will we see him back on stage?

With a new release almost completed, we are wondering what’s next. What will the future look like for JDX? “Producing more tracks and work with different producers. I believe it takes time to put my name back into the Hardstyle scene and I want to let my music speak for itself. Working towards a bigger concept in the following years is my goal, but my focus right now is with music, production and building the JDX brand. In the meantime, I’m building a team of creative people around me that will help and develop an absolute next level concept.”

If the situation with the whole coronavirus allows it, is there a chance that we might see him performing back on stage again? “If there is an opportunity to promote my new music, I will definitely do that. I’m not so sure about the length of the performance though, it has to be special. That is all I can say about it, but I want to focus on a big live performance!”

JDX – Making Memories will be released on the 2nd of August 2020 on Scantraxx. The pre-save link is already available.

Scantraxx will close its anniversary year together with an own event filled with highlights. For this grand finale, the label has announced the first part of the…

DJ The Prophet ends his career in style: “One more year to go”

After a long and impressive career, DJ The Prophet has announced his farewell. With more than 35 years under his belt, The Godfather of Hardstyle says goodbye…

Refract has been working on the hardstyle scene for a while, which resulted in a record deal with Scantraxx Carbon and a first booking in a sold-out…