Malice in Wonderland takes the next step and moves to the iconic AFAS Live. After two completely sold-out editions – full of trippy visuals and the craziest artists – the fairytale circus will descend on the Dutch capital in two months for an extraordinary event.

During Malice in Wonderland, the former Heineken Music Hall will be transformed into a harder styles fairytale. Organization Outlaw Events managed to blow fans away last year during the Gearbox Twin Turbo event and now gives an excellent follow-up to this with a new event and Malice in the lead role.

Expect a rock-solid line-up, visuals like you’ve never seen before and fabulous decor in Malice’s Wonderland. Pre-register now to be the first to get the line-up (to be revealed soon) and get your discounted tickets. “The Mad Hatter takes you deeper down the rabbit hole. Are you mad enough to join us?”

Malice in Wonderland will be held on Saturday March 4, 2023 at the AFAS Live in Amsterdam. Tickets are available from January 6 at 4:00 PM via the event’s official website. If you have completed the pre-registration, you will receive four hours early access to a limited number of discount tickets. 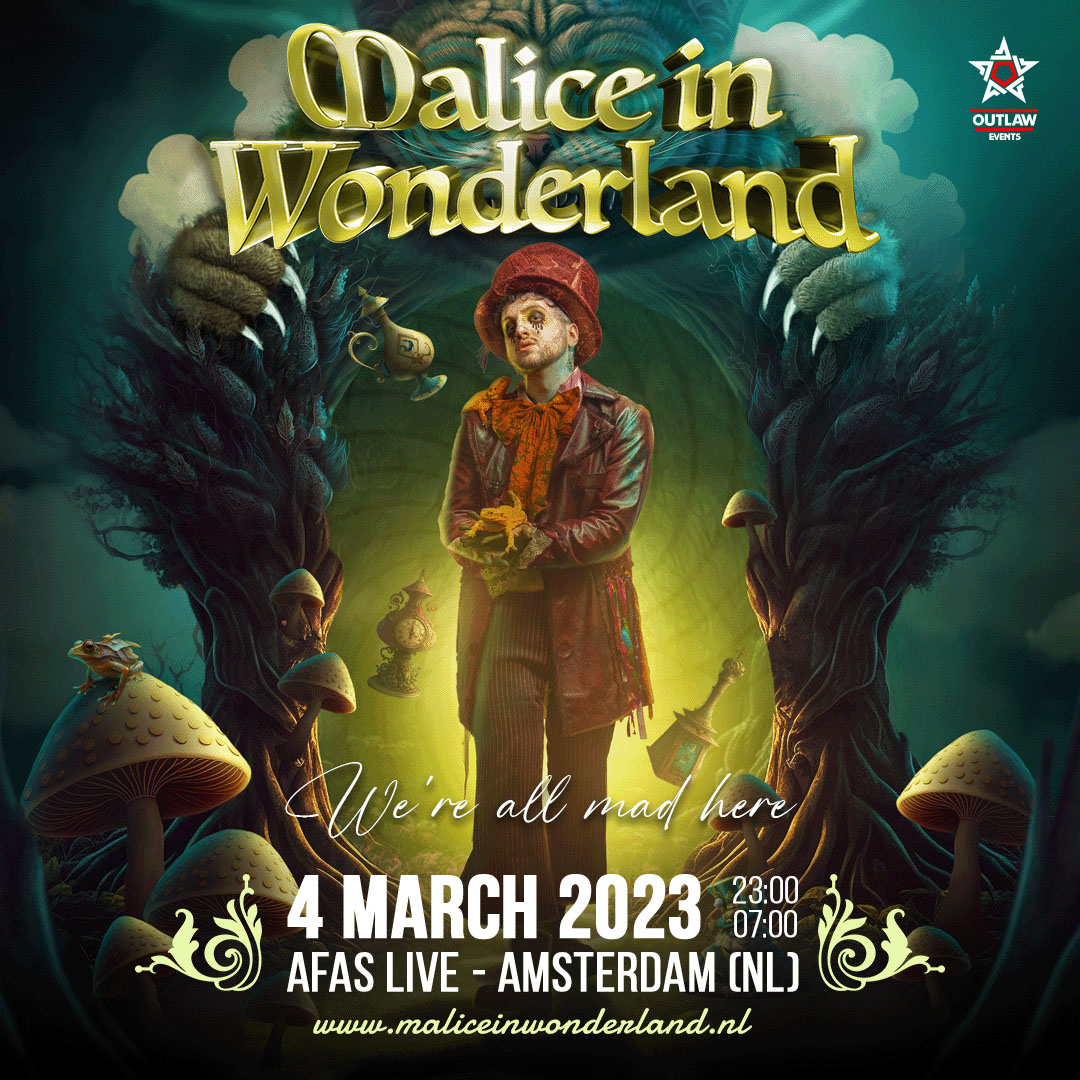 The trippy world of Malice in Wonderland is in full swing with only a month and a half to go. The Mad Hatter just announced the line-up…

The winter spectacle called Snowbass Festival returns this spring for the hardest snow fun. This fifth edition is full of bratwursts, mugs of beer, hot tubs and…

Gearbox reveals a packed line-up for the large Breepark edition

Gearbox Digital is on the verge of the biggest RAW label event to date. The line-up has just been announced: with 24 of the hardest artists on…