Mini-album Spoontechnicians will be released next week

Spoontech Records has always been a label that tries to think as far out of the box as possible. This explains itself when you see artists signed like Vazard, Hardstyle Mafia and Mind Dimension. The label exists fofr a longer time now, but remained pretty quied recent year with a few gigs and some releases, like ‘Zimmersion 2.0‘ and ‘Genox – Power‘. Luckily for us, the label 2017 is still a beautiful year with their new mini-album: Spoontechnicians.

Yesterday the Facebook-page of Spoontech Records confirmed what the mini-album will look like. Spoontechnicians consists out of six tracks. Names as Hardstyle Mafia, Unkind, Radiance, Genox, Vyral, D-Verze, The Purge, Infirium, Mind Dimension, Vazard en The Wicked are responsible for their musical creativity. So, almost the whole Spoontech Records team is represented on the album. 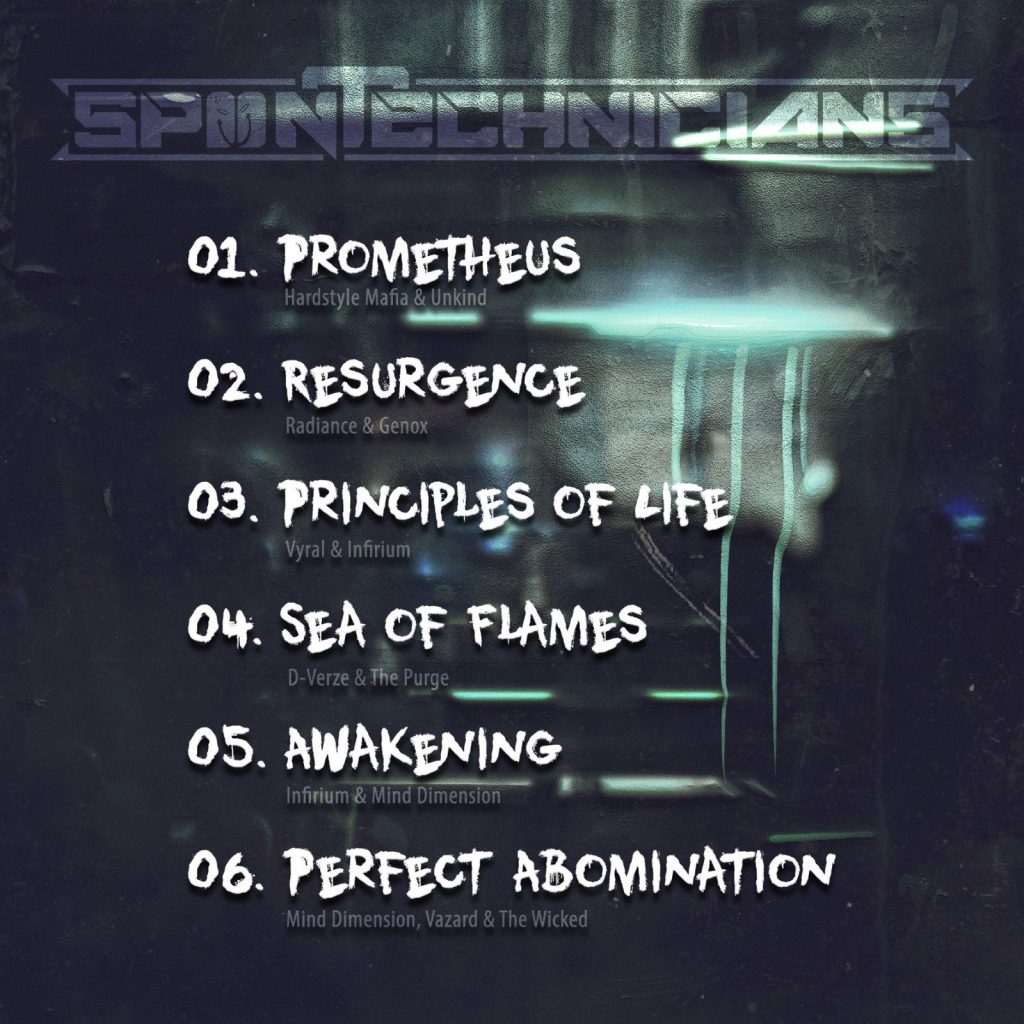 ‘Spoontechnicians is raw and dark, exactly like how it’s supposed to be’

As you can see, Hardstyle Mafia and Unkind have produced the first track. This song is followed by the musical creation of Radiance and Genox. As highlights of the mini-album, Infirium and Mind Dimension have both created two collabs. These artists have really done their upper best. Then, the final track ‘Perfect Abomination’. This track is produced by Mind Dimension, The Wicked and of course the chief of Spoontech Records, Vazard.

..
According to the description of Vazard, the album will be released on the 13th of november on online download portals. Furthermore, Vazard will also release his own album ‘Chapters Of Mind’ in the future. So, keep in touch with us for more information!

Delete is coming with his first album ever: “It’s happening this year!”

Delete has had a busy time, but it’s not over yet: a boatload of gigs in the Netherlands and beyond, a brand-new live-act named OZ Supreme and…

Radiance says goodbye to hardstyle with an album

Radiance’s goodbye was announced last Friday through a message on his Facebook-page. In this message, the artist told his fans that he has had an amazing past…

In February of 2016, Hard News spoke to the gents of Main Concern about their announced retirement of Hardstyle: Main Concern’s End Of Days. The Spoontech guys,…