Organization Musical Madness has just announced that it will celebrate its 15th anniversary during APEX. In a big way, because with today’s announcement, fans can get ready for its biggest indoor hardstyle event to date: “15 years Madness.”

Musical Madness is one of the largest harder styles organizations in Germany and is known for the famous Bootshaus hardstyle shows, hostings at Parookaville and New Horizons Festival and many club tours. Even during the lockdowns of this pandemic, it provided major events in the Lanxess Arena: a much-discussed concept due to the thoughtful approach in a large stadium, so that fans could still party in times when they missed it so much.

An impressive reputation of the German organization, who is about to celebrate its 15 years existence in March of next year. Expectations for APEX are already running high and although the line-up will remain a secret for a while, Musical Madness announces that it has once again managed to attract the biggest names. Rumours say that Rebelion’s Overdose was already teased on the socials; the full line-up will be announced next week. “We proudly present the biggest Madness indoor show to date.”

15 years of Musical Madness at APEX, featuring 14 of the greatest artists: “We will conquer your mind”

APEX – 15 years of Madness will take place on Saturday 5 March 2022 in the Maimarkthalle in Mannheim (Germany). The pre-sale starts this Sunday at 17:00 CET via the official website of Musical Madness. 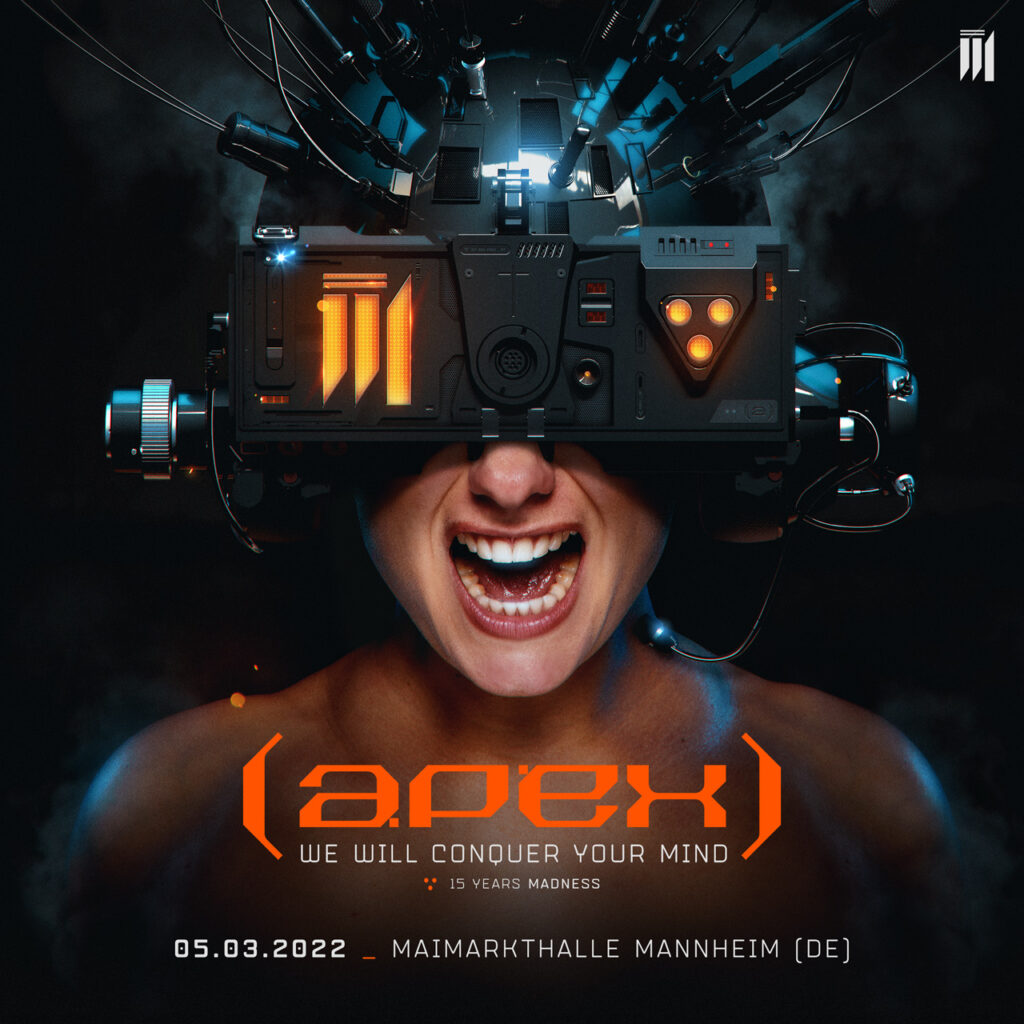 The brand new Into The Madness debuts this summer with a smashing line-up on a beautiful location. Organisation Musical Madness wants to establish the Hardstyle festival in…