The brand new Into The Madness debuts this summer with a smashing line-up on a beautiful location. Organisation Musical Madness wants to establish the Hardstyle festival in Germany with this: “No compromises, just 100% hardstyle & rawstyle!”

Into The Madness will be the first Musical Madness festival, which has built up a big name in Germany with hostings at Parookaville and sold-out shows in the famous Bootshaus. Now, the 15-year-old organisation is taking it to the next level and has just unveiled the full line-up with the biggest artists around.

During Into The Madness there are two different stages, with a total of 27 artists including 6 back2backs & live-acts. For example, think of D-Block & S-te-Fan, Headhunterz and Rebelion, but also the new live act of Sickmode ‘On’. Check out the full Into The Madness 2022 line-up below.

Into The Madness takes place on Saturday 3 September in Seepark Zülpich. Tickets are now available through the festival’s official website. “Step into the madness!” 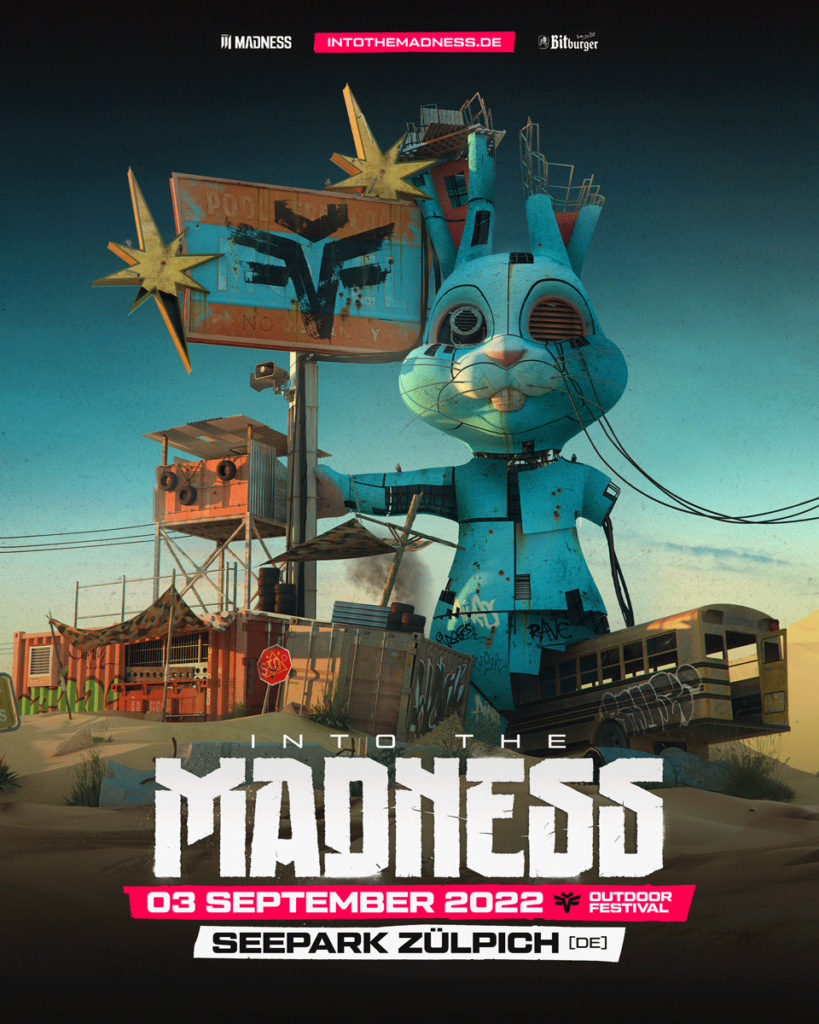 Organization Musical Madness has just announced that it will celebrate its 15th anniversary during APEX. In a big way, because with today’s announcement, fans can get ready…