POWER HOUR goes to the theater for ‘The Musical’

The crazy concept POWER HOUR goes one step further and surprises friend and foe. Soon the well-known hardstyle phenomenon will be admired as a musical and it will start with a theater tour abroad: “A new insane symphonic spectacle!”

Forget The Sound of Music or Mamma Mia, because POWER HOUR: The Musical plans to turn stages completely upside down with several shows. When you thought it couldn’t get any more insane, the most bizarre hour of Defqon.1 has grown into a cinema movie and is now even given the lead role in its own theater performance.

From high notes to compelling stories. The creatives behind POWER HOUR take to the stage with tons of confetti, inflatables and a whole heap of harder styles. “Just when you thought it couldn’t get any crazier…”

POWER HOUR: The Musical to be seen in theaters soon

According to organization Q-dance, POWER HOUR: The Musical can be visited this spring. More information about the first shows will be announced soon, so keep an eye on the socials.

April Fools! “But we still have news for you, and this is not a joke, POWER HOUR The Movie will premiere on the Q-dance YouTube channel on April 9th at 16:00 CEST. That’s right, the worst movie ever made will become available for everyone to enjoy, so make sure to gather your friends for the cinematic experience of a lifetime.” 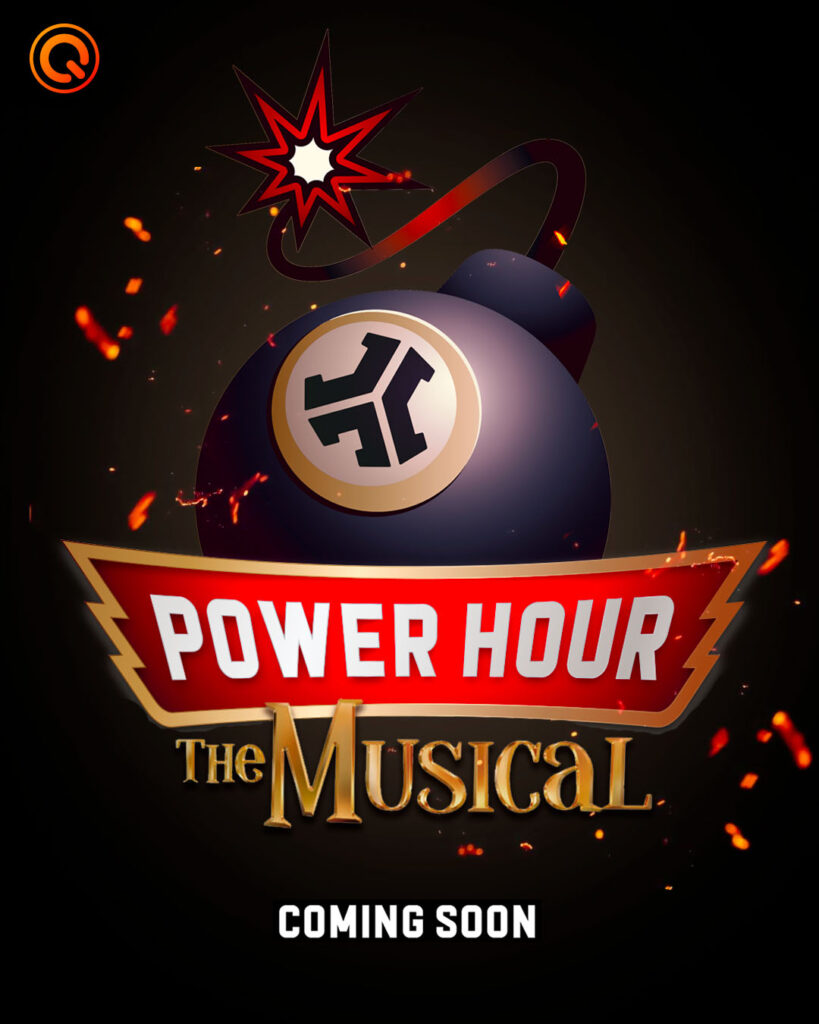 Good news for Defqon.1, because Q-dance and Walibi Holland have just announced that they will continue the collaboration. Also for the next 10 years the biggest harder…

Attention fitness and festival enthusiasts, because Defqon.1 is releasing its own line of supplements called Warrior Workout. Grab the shaker, because from today the largest harder styles…