Sephyx signed by Art of Creation: “We are a good match”

It has been in the works for a while, but Sephyx has now been officially announced as the new addition of Art of Creation. This makes Xander the first of the two new artists to join the label and the hardstyle DJ has big plans: “More collabs, more remixes, and a whole lot of new music!”

In the days when bars and pubs were still opened (before COVID-19), Sephyx went out with none other than Hardwell and Wildstylez – yes, it’s all possible in Sephyx’ young life. “It is a great honor for me to be able to release at Art of Creation”, Xander begins to say as he explains how his move to Art of Creation came about. “To release my music alongside the heroes that made me listen to hardstyle is unbelievably cool.”

“The process actually started somewhere in 2019, when I went to Café Janssen in Breda with Robbert (Hardwell) and Joram (Wildstylez).” While you should Google this bar (pretty famous amongst DJs), the contact about Art of Creation arose with the latter. “That year Bas (Noisecontrollers) played my track ‘Wild Love’ on the Defqon.1 mainstage and later I was tagged in a Q&A by Bas in which he tells that the kick from that record is his favorite kick. “I sent him a message on Insta and a new draft with that kick. Bas then invited me to make a collab with him in the studio. And so we had more contact about AOC, and here we are!”

A boy’s dream come true: releasing music alongside names like Headhunterz and Wildstylez

Sephyx has worked hard at Dirty Workz in recent years, including tracks like ‘Save Me’ and of course the album RESOLUTE. Sephyx: “I learned a lot during this period and had a lot of beautiful moments. Dirty Workz has given me the opportunity to develop my brand and career to a high level. I therefore look back at this time with a smile and will always be grateful for it. Art of Creation is just a step further for me, in which I can develop myself even more. To be able to release tracks next to my personal heroes, gives extra motivation to make even better music!”

Anyone who follows Sephyx on his socials, will notice that he has been messaging back and forth a lot with his new colleagues at Art of Creation lately. It clicks very well within the team: “The musical vision of the AOC artists suits me very well: we all strive for maximum quality and the feeling that we all want to help each other suits me very well. I also think the visual theme of Art of Creation very cool: this style is very similar to mine. I also get a lot of inspiration from the other releases on AOC and it helps me a lot in the process of my own music.” 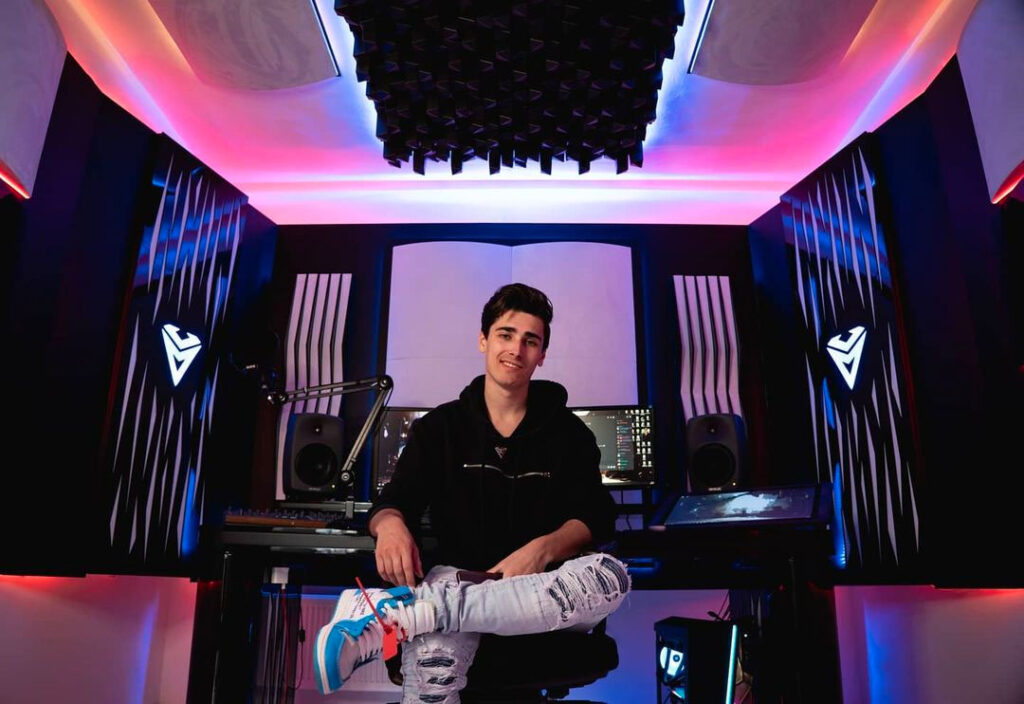 Speaking of music: Sephyx first record on his new label ‘Devil In The Eyes – (Diabolus)’ will be out on April 22 (pre-save the track here). “The idea behind this track is to show more of Sephyx and to achieve a higher quality. Recently, I have been experimenting a lot with combining new elements and this track is going to have a lot of rock/metal influences. The videoclip of this track is also entirely made by me and it tells a story of Sephyx as an Alchemist of musical styles, with a guitar as ‘magic staff’. I am very proud of this first release! And as most people have probably seen, there is a collab with Noisecontrollers ready to be released, so it will be coming soon!”

Together with the team, Sephyx has outlined a plan for the coming years at Art of Creation. “My goals are to bring Sephyx to a higher level as an artist and as a brand, higher quality music and to put on a great show (for when the gigs can continue)! And to create a nice bond with the Art of Creation Family, so that we can all create beautiful moments. More collabs, more music, more visuals, more innovative things … Big things are coming! We have many plans with new concepts around Sephyx. We are working on a great new live act: the guitar will come back more and more often, remixes and lots of new music. I’m going to do everything I can to rock out at Art of Creation!”

Sephyx’s first track ‘Devil In The Eyes – (Diabolus)’ will be released on Thursday the 22nd of April at Art of Creation. You can already pre-save this track, so that it automatically appears in your library on Spotify (or other platforms).

With Chemistry still fresh in our minds, Hard Driver is once again gearing up. The Hardstyle producer will release the successor this year in the form of…

After a very long lead time, Psyko Punkz has finally released his new track ‘Psyko Club’. Only now it appears that the long wait has a logical…