Last weekend the raw hardstyle spectacle Shockerz took place, during which you could hear both loads of new music and big news being blasted through the Autotron. None other than D-Sturb will join forces with Shockerz for a brand new solo event: D-Sturb | Last Man Standing.

ALSO READ: D-Sturb about live-act The Next Level: “I want them to witness and experience a story”

The last year was all about D-Sturb’s live-act ‘The Next Level’: 6 levels with 6 challenges that were completed at 6 different locations, which ultimately resulted in the release of the well-known The Next Level EP. Especially for the brand new solo-event D-Sturb will one again go all out with The Bonus Level, which promises to be “greater than all others combined”… Have a look at the entire line-up down below.

This is the D-Sturb | Last Man Standing line-up:

“I will present The Bonus Level of my live-act during an exclusive solo event, greater than all others combined!”

D-Sturb | Last Man Standing will take place on the 29th of February from 18:00 until 02:00 at the Maaspoort Sports & Events in Den Bosch. Go to the official website of the event for tickets and more information. 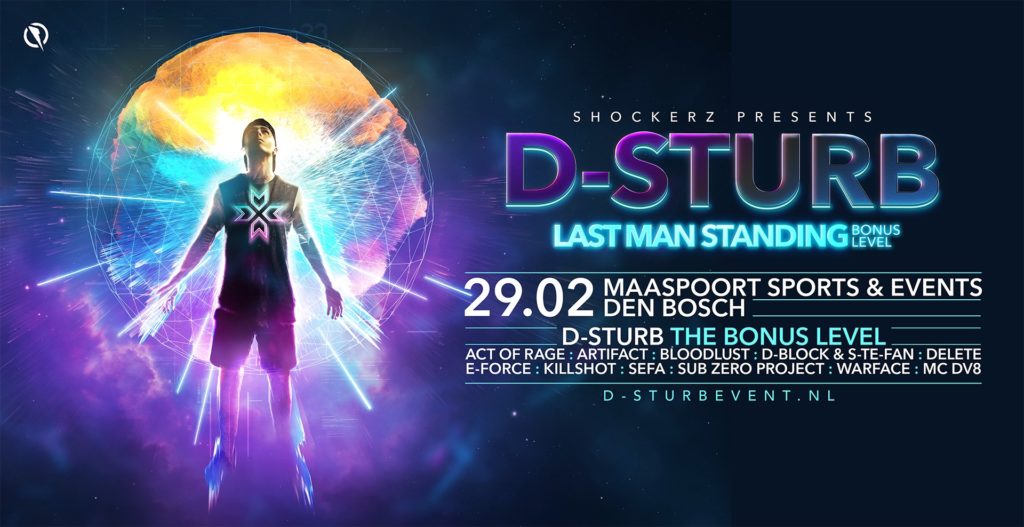 Vroeger Was Alles Beter is getting ready for the biggest hardstyle classics event in history. For this 5th edition, VWAB is moving to the Autotron in Rosmalen,…

In the past time, Warface and D-Sturb started some very special collaborations: this weekend, they will host the event Live For This together and recently they came…