Rooler’s album Straight Outta Future is out since two weeks and to celebrate this in style, an album party got announced: “After the massive success of Rooler’s first album ‘Straight Outta Future’, it’s time for a celebration!” During Rooler & Gang 2020 not only the Italian DJ himself will play but also some of his close colleagues.

On 18th January, Rooler and the other playing artists “will take you on a killer journey through time.” As the name of the party already reveals, Rooler has invited some of his featured artists on the album as well as several other DJ friends: “The Rooler Gang consists of elite members: major influences on his career (from the absolute beginning until now), close friends and ‘Straight Outta Future’ album collaborators.” Sickmode, with whom Rooler produced ‘Gang’, is on the line-up and also N-Vitral (‘Get Back’ collab). Besides Delete’s first performance, he will also play a second ‘Classics Set’ and furthermore, Act of Rage and Malice will be playing at the event plus the former DJ act ‘Unnamed’. Find the full line-up down below.

After Aggressive Acts album Supreme, which also came out this year, Rooler released his first solo earlier this month. “Straight Outta Future is the story of White Rabbit, a time traveler that came from the future in the year 2019 to show what music in the future will be like. The album is divided in phases, softer/funkier, raw/darker and hardcore, my goal was to show you all the genres i like, and how my vision of music evolved during this year”, the Aggressive Records boss shared on his socials.

Rooler & Gang 2020 will take place in Time Out Gemert on 18th January 2020. If you want to be part of the event and celebrate Rooler’s first album Straight Outta Future, get your tickets via the official event website. You can also join the Facebook event to get all latest news. 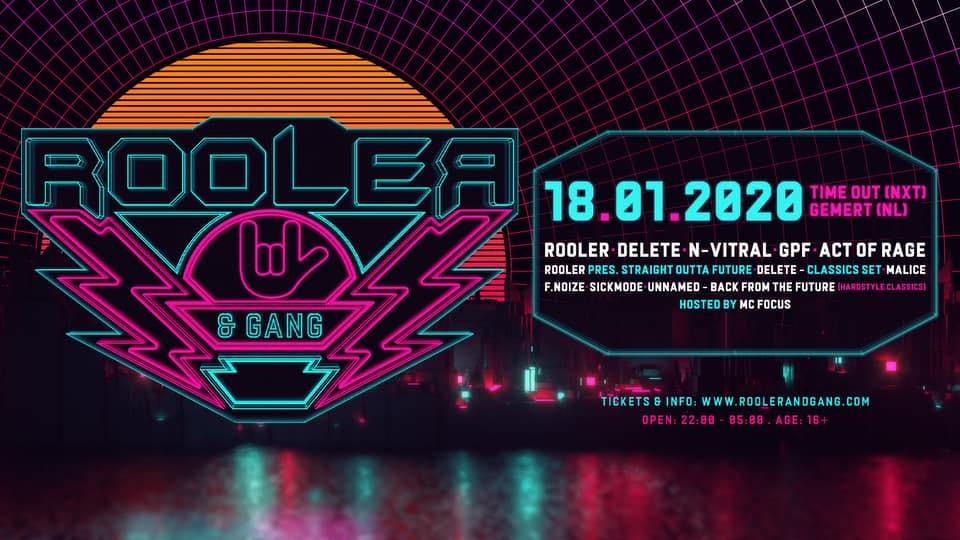 Thousands of dressed up visitors joined in on the madness known as Karnaval Festival. This year the craziest hardstyle festival returned to Moergestel for its 4th edition,…

When Suppression XTRA RAW published its line-up, there was one DJ on it no one ever heard of: Sickmode. Only a few weeks after the name first…

Malice is splitting up: “Double the Madness”

Malice – the former Gearbox act and now Aggressive Records bosses – have been fighting their way from underground producers to performer on big stages like Defqon.1…