The hardstyle scene in China: a whole other world

Hardstyle keeps on conquering more countries and continents, among which the grand China that cannot fall behind. Even so, the hardstyle scene in this large country seems to be a whole other world, about which Bookya and Brotherhood Music can tell us more. How do you introduce hardstyle to a place where Spotify, Facebook and Instagram don’t even exist?

We talked to Eelke Arjaans from Bookya and Paul Neuteboom from BHM; two companies that are working extremely hard to strengthen the hardstyle scene in China. Paul was one of the first to see the potential of this grand country. “Seven years ago I came to China, asking myself: would it work here too? I was pretty convinced that the hardstyle scene would be able to grow here as well. It’s energetic, it’s happy, and that’s also how I see Chinese people when going out.” When Paul got the opportunity, he arranged tours for names such as Brennan Heart and Coone. “And that’s how you have been able to see it has been growing over the years, especially in Shenzhen.”

The hardstyle capital of China: Shenzhen

Shenzhen is part of the province of Guangdong, and has grown into the hardstyle capital of China. “Here, more and more clubs were founded that also booked hardstyle acts on a regular basis. So not just top 100 artists, but acts such as Frequencerz and Sound Rush as well.” Paul even collaborated with Q-dance, after which they launched the very first Q-dance event in China last January. However, boosting hardstyle isn’t without any struggle: “In China there are many challenges for us, since Facebook, YouTube and Spotify aren’t easy to access. Furthermore it’s very important to adapt locally, and to create relevant Chinese content both online and offline.” 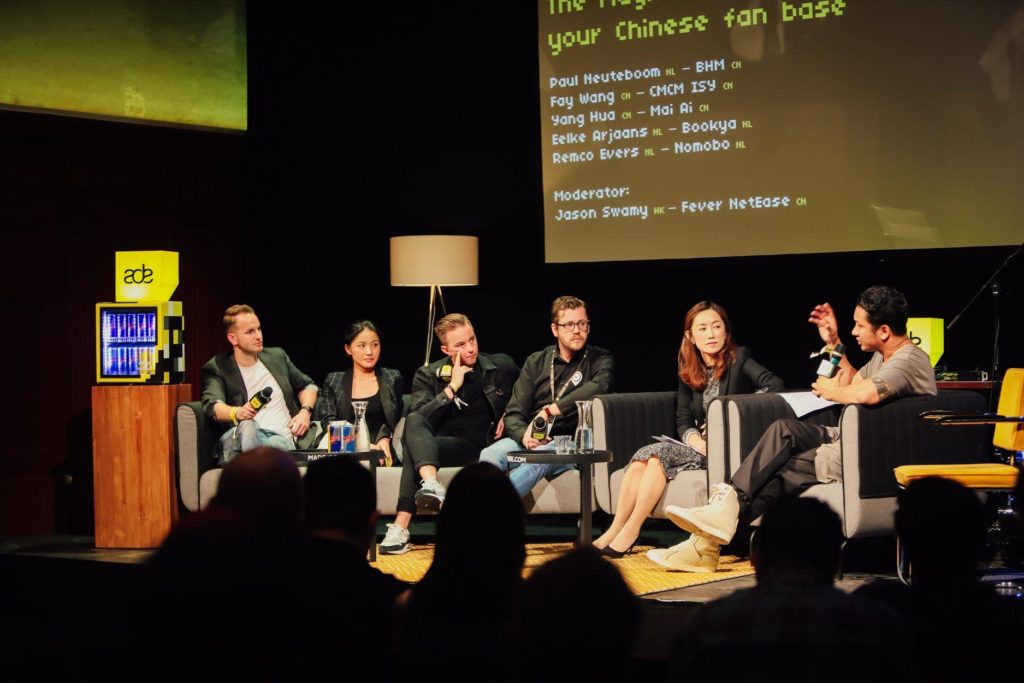 This is also when Eelke comes into the picture. With Bookya he has created a Linkedin for dance music. “We have built one grand and worldwide database of DJs, booking agencies, record labels, venues and promoters. Just like Spotify recommends artists based on your listening history, we want to connect festivals and artists based on their event history.” China was quick to become Bookya’s focus region: a place of which people knew something special was evolving, but connections and knowledge were still missing.

“The Chinese audience doesn’t care about pictures of luxurious airplanes, for them that’s just putting on a show”

So, ever since last year Bookya started building profiles for Dutch and other European artists. “In China, artists shouldn’t invest in their fanbase and online presence. If you’re not in the DJMag Top 100 it doesn’t matter whether you have loads of followers on your Facebook and Instagram, or whether you have a lot of listeners on your Spotify.” Even Spotify advertising isn’t possible in China, which makes it harder to reach people there. “No one knows you over there, so you have to start from scratch.” By now the company manages the online presence of 15 artists, among them Atmozfears, Headhunterz, Frequencerz, Sound Rush, DJ Thera, Riot Shift and Caine.

But what social media are we talking about? “The Chinese equivalents of Spotify and Facebook are Wangyi Music, Weibo and indirectly also WeChat. These are being used by millions of people, the Chinese population is quite big… You can pay with the apps, you can communicate, you can call and you can subscribe to accounts: you can truly do everything with them.” Also the content Bookya and BHM produce for the Chinese hardstyle fans is a little different from how us Westerners like it. 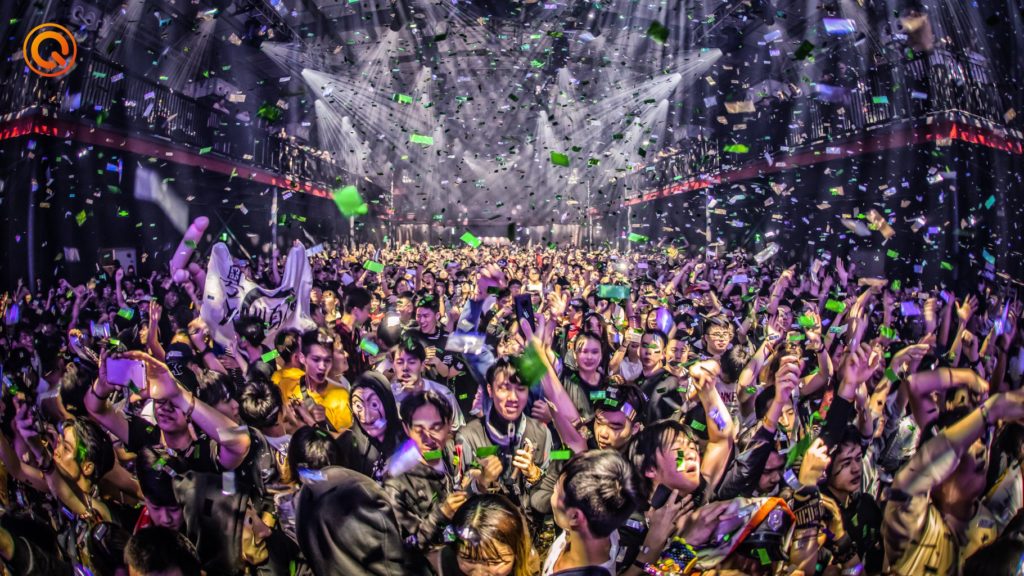 “The Chinese audience doesn’t care when artists post pictures while getting out of airplanes in Ibiza. For them, that’s just putting on a show.” The engagement is therefore much higher when an artist shares something about his of her personal life. “If you show you want to connect with the Chinese people, so for example making a video specifically for the Chinese audience in which you say a Chinese word or sentence, it just works so much better.” Frequencerz took the advice and created a remix of an old Chinese song, to which the crowd went absolutely wild. “And these great opportunities, which a lot of artists missed out on, are slowly getting cashed more and more.“

Even though hardstyle is growing exponentially in China, the scene is still very different from ours. “The group of true hardstyle fans is still very small. That’s because people don’t have a lot of information yet and there aren’t many good events, leaving club events aside. And people often have to book a table there.” Yeah, you’re reading it right, booking tables for a hardstyle event with your own people and your own drinks. “This is pretty expensive and not necessarily good for the hardstyle spirit. Furthermore, people don’t come there specifically for hardstyle. The clubs are basically opened every day and they play all kinds of dance music. And within this dance music people have been recognizing the different styles for only one or two years now.” 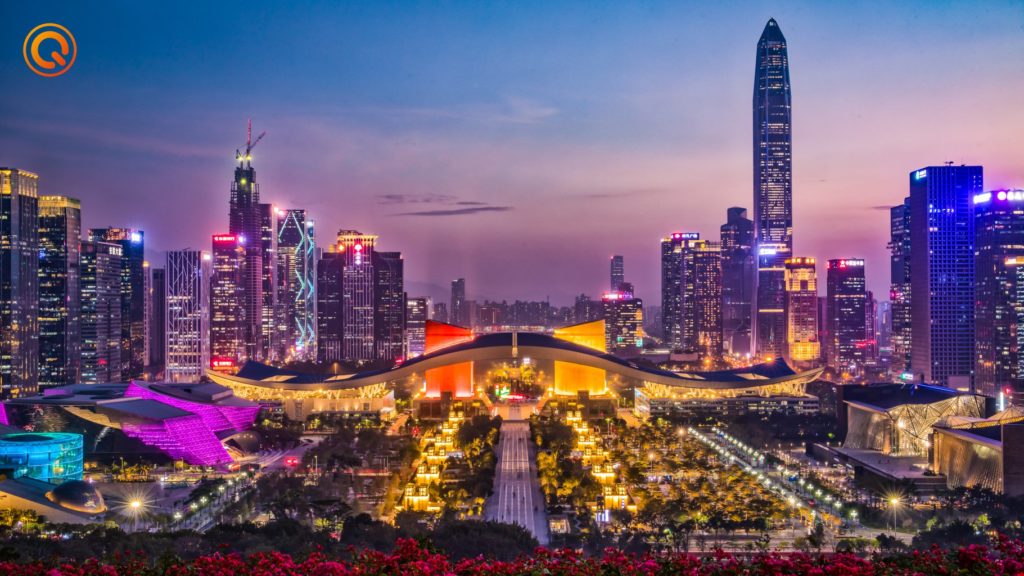 So, the people who were there earlier now form the small group that knows the difference between euphoric, raw, which artists are good and which are not so much. “But in general hardstyle here is hardstyle, and even hardcore is as well for most of the Chinese people. If they even know what electronic music is.” Hardcore therefore seems to be too fast: too hard and too raw. “We already notice this with raw hardstyle. The hardstyle that really works is the reversed bass, the happier and more approachable hardstyle.”

“We want to introduce Chinese hardstyle to the world”

Whether China will become the place to be for festivals, isn’t clear at this point in time. “You really see that the music works, but there are two problems when it comes to festivals: as a hardstyle act you want to end the festival, but in this case you also have to deal with international artists such as a Skrillex or a Major Lazor. And secondly, festivals usually aim at a more commercial audience.” Even still, earlier introductions of hardstyle, such as Coone at the mainstage and a large Q-dance warehouse event, proved to be a great success.

In the long run, it is definitely planned for us Westerners to get introduced to the Chinese hardstyle artists. “It is very important local heroes will rise up as well. For example, this year Defqon.1 will have two Chinese artists as well, and we are really very busy to see how we can get the world introduced to more of this Chinese hardstyle.”

In conclusion, we can definitely expect a lot more coming from the Chinese hardstyle scene. “In the Netherlands we are so many years ahead, it will really take some years before the Chinese scene could be this big as well. But it is so cool to pioneer in the market, and the future looks very, very bright.”