The Magic Show about its origin and WiSH Outdoor: “For years this festival has hungered for true quality”

The Magic Show and WiSH Outdoor: over the years it has grown into a combination which makes the heart of a hardstyle lover beats faster. Also for the upcoming edition of the festival, the Tita Magic Show has a grand programme ready, and of course we want to know all about it! We talked to Michel Lacroix about TMS, WiSH Outdoor and the future…

Let’s start at the beginning: according to our data The Magic Show could already be found at the event back in 2011. “Yes, in 2011 Q-dance organised a Drop Your Own Area contest so you could host your own area t Q-BASE. With The Magic Show we had been hosting the radio show in which we played a harder and darker sound.” TMS decided to participate in the contest, and via via they found out WiSH Outdoor was very enthusiastic about their plans.

“This was the foundation of a beautiful relation and collaboration”

Together with WiSH they worked on the plan, and even though they didn’t win the contest, they did win the collaboration. “That’s why we decided to host a stage at WiSH back in 2011. We still have a sick ass no-budget trailer (made by Degos & Re-Done). To be fair this might be the most epic trailer we have ever had. No extensive marketing and beautiful pictures, just hard and dark.”

The day of this hosting was very special to TMS. “We were still very young and didn’t have a lot of experience with collaborations like this, and didn’t knew anything about how to organize a music festival or host a stage but we were filled passion and good ideas. This really was the foundation of a beautiful relation and collaboration.” And ever since then things took off: TMS was represented at WiSH Outdoor every year, ‘The Dungeon’ became well-known and many huge names such as Radical Redemption, Frequencerz, Warface and many others went wild at The Magic Show.

“There was a shift between the well-known names and the newer generation, that fought for existence” 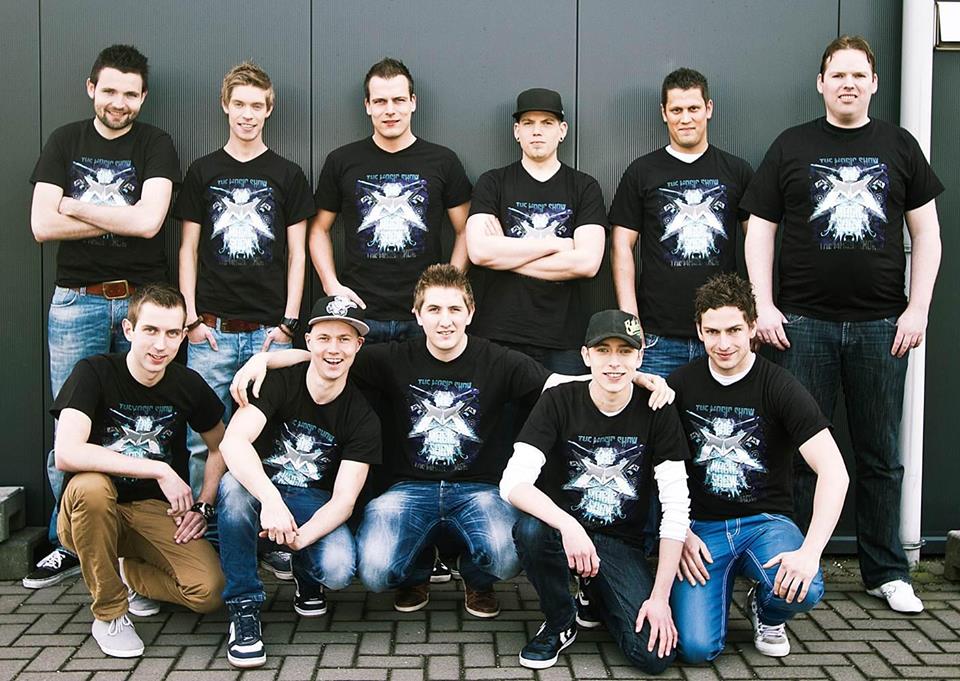 For the younger readers, MIchel explains more about how The Magic Show was founded. “In 2009 I started The Magic Show. At the time I was doing a 1 hour mix a week at hardshockers.fm. It was mostly dark and hard tracks that I used to like. I even found the tracklist of the very first set!” After a couple of weeks it was already time to go bigger. “The episodes became 4 hours long, which made it a very diverse radio show to which a broader audience listened.”

The concept was pushed even further, first at Real Hardstyle Radio and later even at Q-dance Radio: every week a 4-hours lasting radio show with the newest and best hardstyle. “To take care of this logistically we chose to use residents: DJs such as Mind.Illusion, San Miquel or The Geminizers who are amazing in mixing. At the height of the radio show we had sets with over half a million downloads…” 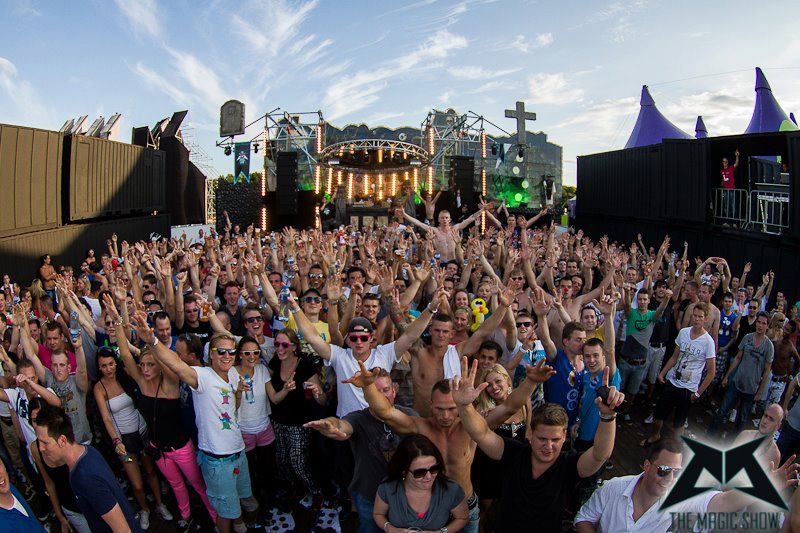 In the end this even resulted to the start of a very own label. “In 2010 we noticed artists we worked with would sign with grand labels. As we were growing as well, it became a logical step to found our own label and a booking agency.”

“Getting to the top is difficult, but staying there is too”

In the meantime both the podcasts and acts such as Moridin have quit, and the last TMS-release was quite some time ago as well. “On the one hand some of the artists chose to stop creating music. There is only a very small amount of people who can manage working in music for their entire lives. It makes sense though and we don’t mind.” Another reason for this absence is the stress of working in the music industry: “Getting to the top is difficult, but staying there is too.”

This is why in 2016, Michel decided to give up a part of The Magic Show to other organisations, so he could focus solely on the management of artists. “A company should always evolve; try to stay relevant and to keep providing quality.” Even though it was a difficult decision to make, it definitely worked out. “Over the last two years we have been working with among others Clockartz and Chris One and we are so proud of what we have achieved so far. The final track in the endshow Defqon, Mysteryland and Intents, support from Armin van Buuren and so on!”

However, for the upcoming editon of WiSH The Magic Show is once again on the programme. We can already hear the female voice saying: “Welcome to another episode of The Magic Show.” Michel can definitely no longer wait for this weekend. “WiSH Outdoor is a unique festival because for years the festival has hungered for true quality. Ever since the very first moment we worked with the men from WiSH, we knew the combination of ‘Brabantse fun’ and high quality is a great match.“

This weekend TMS will have a good 3 hours at the Ace of Spades Raw-stage, of which we can expect grand things. “The most important thing is to bring back the family feeling of The Magic Show. Of course we want to do something special for WiSH, so we invited Titan, who is busy with his goodbye tour, to play a set with Chris One for the very first time. When everyone’s ready to close, we will all go on stage to wreck everything the final half hour. Just like the good old days!”

“What’s gone away can come back again…”

The future looks very bright as well. “For us the focus lies with the upcoming Clockartz album, and we’re very busy with preparing the live-act.” And about the radio show… “What’s gone away can come back again. We could very well come back in a certain shape or form in 2019 or 2020. We have been talking about it, but everything is still suggestive (yet encouraging!).”

Are you excited already for WiSH Outdoor? According to Michel you definitely have to buy a ticket! “If you’ve never witnessed The Magic Show before I wouldn’t take the risk of not going. Besides it being a sick event, we are there too – and that won’t be happening a lot anymore! So see you Saturday!”

WiSH Outdoor will take place this weekend on the 5th, 6th and 7th of July 2019 in Beek en Donk in the always fun Brabant. Tickets for all of the days are still available via the official website of the event.