Now that Qlimax is getting closer, one of the most legendary indoor events of the harder styles, Q-dance decided to spice things up a bit. The organisation is releasing one hint about one name in the line-up each day during this week. This is what has been deciphered so far.

The first hint from Q-dance was that you could find a clue about the line-up somewhere in this article. Hardstyle-fanatics were quick to notice that the movie shortly displays a logo in the background. And it so happens the logo is from B-Freqz!

The second hint was as follows: take a look at one of the Q-dance music channels. Again, someone has been smart and noticed that there is a name spelled on the Qlimax 2018 Spotify playlist: Marco. It therefore seems that Phuture Noize, real name Marco Spronk, will join the Qlimax line-up this year.

The third hint was that we should take a look on the social media of an ex anthem maker. It seems to be no coincidence that none other than Wildstylez (anthem maker Qlimax 2017: ‘Temple of Light’) posted a photo on his Instagram story that same day of him walking inside the Gelredome.

The fourth hint: there are another two clues hidden somewhere in our social media. Quickly people noticed that the two men from Sound Rush were featured on an Instagram Story for Q-dance. The clues definitely seem to point to these artists, since they are even wearing Qlimax merchandise.

The fifth hint said: listen to Q-dance Radio today between 17:00 and 18:00. Bonus: you might need pen and paper. A lot of hardstyle-lovers went to sit down with pen and paper and listened to the radio. They found out that if you write all the tracks that were played underneath each other, you could spell ‘Tweekacore’. It seems like Da Tweekaz will return to Qlimax once again this year.

The sixth hint: listen… there’s a stranger in our midst. Even though this hint is reasonably unclear, people again have been so smart to visit the Qlimax 2018 playlist. Here they found that Q-dance added the non-hardstyle song ‘Linda Scott – I’ve told every little star’. None other than Dr. Peacock used this song as a sample in his track ‘Eat This’, which makes it look like the Frenchcore DJ will be making Qlimax debut.

The last hit (so far) was: listen to the Q-dance Radio between 13:30 and 14:00 for the next hint. This one may take a little more effort, it’s time to step up your game. After people listened to the radio, they deciphered a coordinate: from the Q-dance headquarters. Credits to the crazy guy who drove to the office, and discovered the flag of Sub Zero Project was hanging there.

Even though nothing is sure yet, the names above do seem to be part of the line-up. This week will revolve entirely around the Qlimax hints. In order to make sure you don’t miss out, you can keep an eye on the Q-dance website. 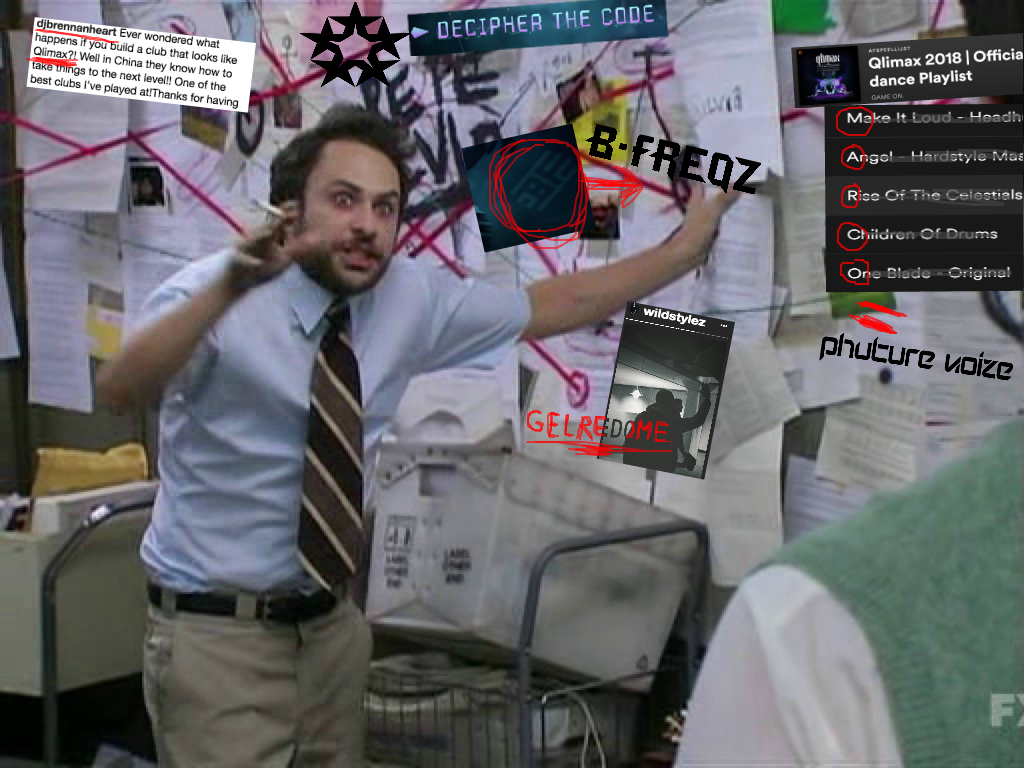