This is what we know about Qlimax 2019 so far

Every year, Qlimax is a true highlight for lovers of the harder styles: in the Gelredome the biggest artists, the best of stage design and an impressive show come together. Furthermore we can yearly enjoy a lot conspiracy theories about the event as well, since Q-dance isn’t shy from a good riddle…

From Latin writings to sneak peeks in the mail, this is what we (think we) know and deciphered about the brand new edition of Qlimax.

ALSO READ: This possibly is the line-up for Qlimax 2018 (so far)

On the 1st of August, hardstyle lovers were in for a treat again. The very first information about the new edition of Qlimax was announced. The first announcement, a new Facebook-event and the most important thing: brand new artwork, which seemed to contain some riddles as well.

“On the 23rd of November, the Gelredome in Arnhem sets the stage for the biggest immersive show spectacle within the harder styles: Qlimax”

Qlimax is known for its grand and impressive themes, with predecessors such as ‘Immortal Essence’, ‘The Source Code of Creation’, ‘Equilibrium’, ‘Rise of the Celestials’, ‘Temple of Light’ & ‘The Game Changer’. You can have a look at the artwork of the new theme (of which we don’t know the name yet) down below. 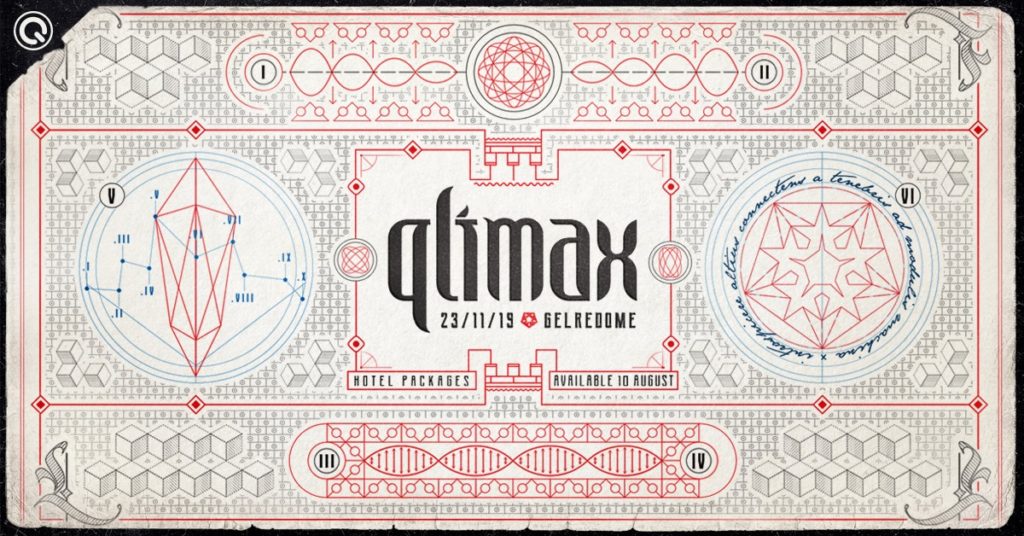 As you can see, there are a lot of riddles hidden within the artwork, which countless of lovers have already wrapped their head around. In general they came to two big ‘conclusions’…

A couple of lucky Qlimax supporters received a very special package this week: a Qlimax card with sound and the following text: “You are the first to know, glance into the future, tune into the frequency.” Out of this, people concluded B-Front might be the anthem maker of this year. Why? Pay close attention, it’s quite the puzzle.

Earlier we talked about 10 Roman numbers, of which VI is right in the middle of the pattern left of the artwork & on the right of the artwork it’s right above the Qlimax logo. This could mean VI represents the anthem maker, also because in the card down below the number VI is at the top of the body. If this would be right, the anthem maker should have played at Qlimax 3 times before, which is also the case for B-Front: in 2012, 2016 and in 2018 as B-Freqz. Furthermore there seems to be a link between the DJ who closes the RED on Saturday, and the Qlimax anthem maker (think about Sub Zero Project last year). None other than B-Front closed down the grand Defqon.1 mainstage this year as well… 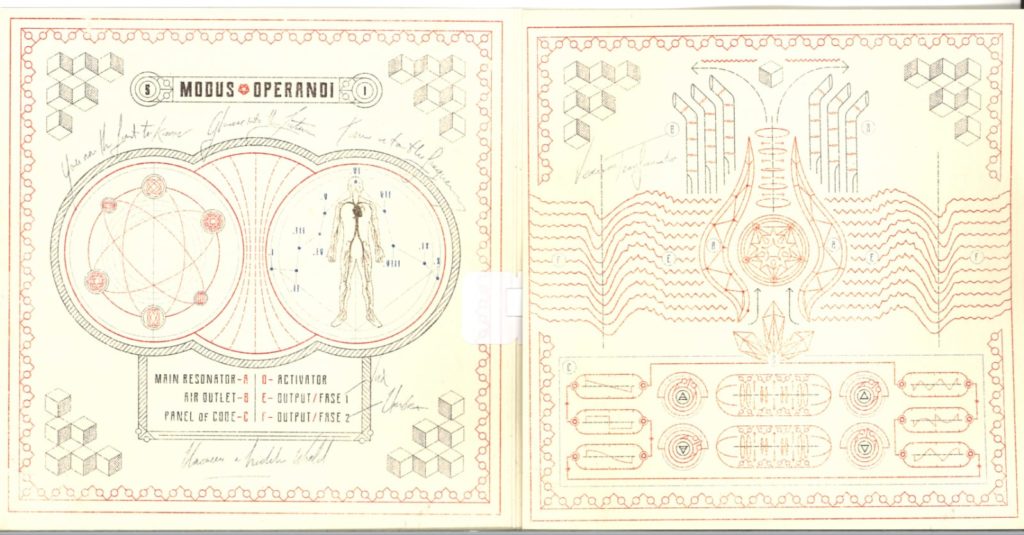 “The biggest immersive show spectacle within the harder styles”

With 10 well-known artists, a grand & dark theme and B-Front as possible anthem maker, the new edition of Qlimax promises great things… Of course we still have to wait for the official announcements, but there is more than enough material to join in on the conspiracy theories yourself!

Qlimax 2019 will take place on the 23rd of November at the Gelredome in Arnhem. We still have to wait and see when official ticket sales will start, but Hotel Packages are already available via the website.