In the past time, Warface and D-Sturb started some very special collaborations: this weekend, they will host the event Live For This together and recently they came out with their joint album Synchronised. Of course we want to know more about it and talked to the two men about them teaming up, the new album and the upcoming event.

READ ALSO: Warface & D-Sturb will release an album together: Synchronised

The combination of Warface & D-Sturb emerged in 2016, when D-Sturb made a remix of ‘Menace’ by Warface and Frequencerz. “I spoke to Jorrit for the first time to ask if he was interested in remixing ‘Menace'”, Warface tells. “Not even 32 hours later, he delivered something massive. I thought that’s so cool from him and I still remember that well. Not much later we met and we immediately had a click. I think that the music and everything around built a very good friendship.” D-Sturb fully agrees with this and speaks of a fantastic opportunity that he had at that time to show himself to a wider audience.

“Actually this has always been the plan with ‘Live For This'”

Besides the close friendship which developed over the years, the two men also complement each other excellently in the musical field: “We all three are very open-minded and think it’s cool to experiment. This means we can often try things out freely”, says D-Sturb. Youri adds that “the sounds complement each other so well that there’s always a nice global distribution in the tracks.”

After the success of the first Live For This edition, it was announced at the end of September that this year Warface and D-Sturb will host the event together. “Actually this has always been the plan with ‘Live For This'”, Youri tells. “Not that we immediately asked D-Sturb, but that we involve other artists with whom we as Warface have a lot to do. We also want to be able to offer others that stage that we think they deserve and to take them into the success of LFT: that’s exactly what the entire Live For This brand stands for in my eyes.”

Also Jorrit is looking forward to the upcoming Live For This edition: “Of course I saw it as an honor when Youri and Remco asked me about it. And of course I was at the first edition and experienced how successful it was. To host that event together now is of course a great opportunity.” Despite the fact that they will host it together  this year, little will change about the event: “The concept stays the same! We’ve been developing the show and everything around it since January, but we can’t say much about it now”, Warface explains.

On the line-up of Live For This are several big artists, such as all End of Line colleagues, Radical Redemption and Deadly Guns. However, they state that putting them together has been quite a puzzle. “Since there were so many artists playing with me last year, we wanted to set up a slightly different line-up this year. In the end, that remains very difficult, we found out. However, we are happy with everyone we managed to win for this edition and all in all it’s a good mix of artists!” 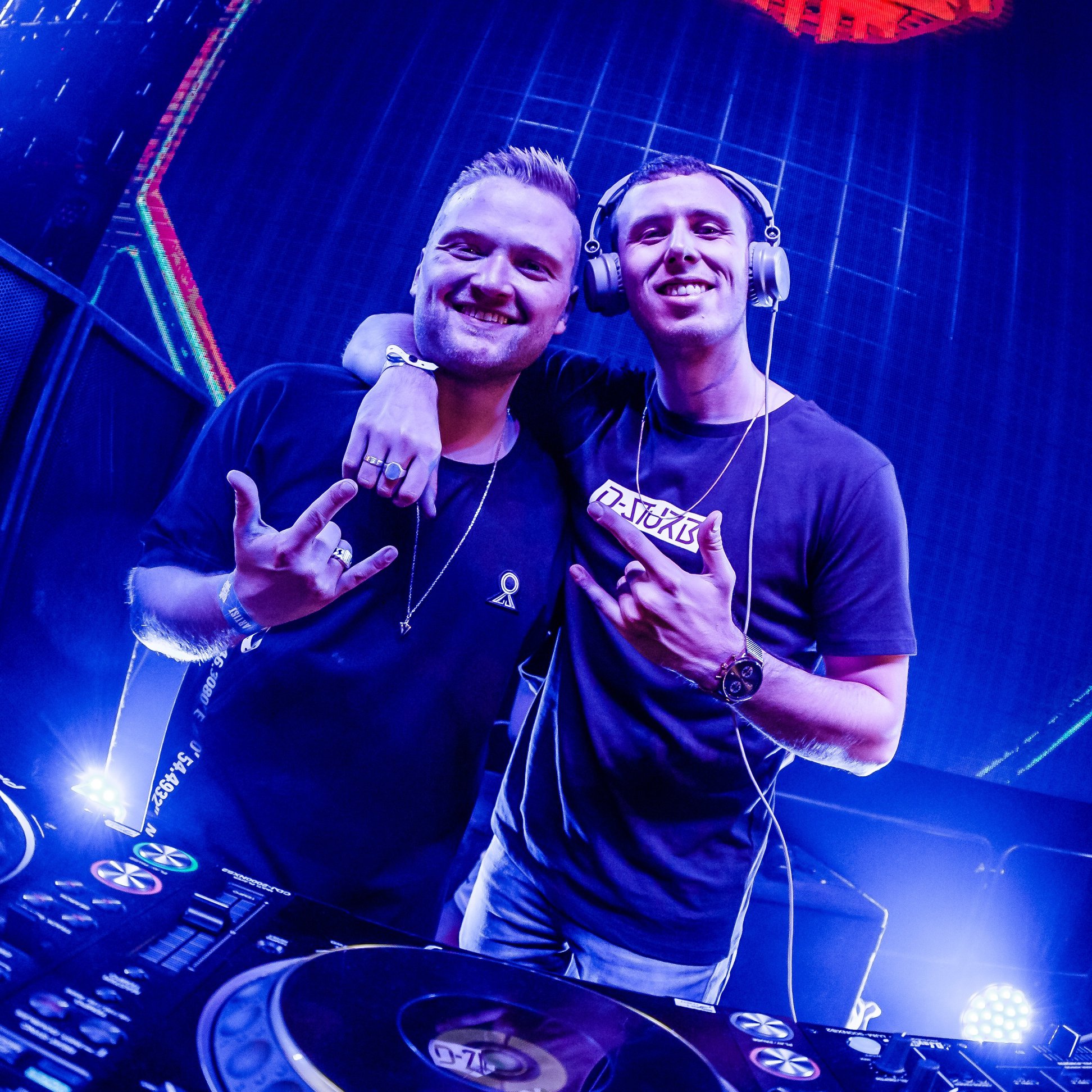 Besides hosting an own event, Warface and D-Sturb also present a joint album, called Synchorinsed. “The funny thing is that this idea was born earlier than the Live For This hosting. We thought it’s quite unique to make a collab album without adding a new name or live act.”

The unique thing about this album is that everything is completely produced together: “Nothing is made at a distance, but the three of us had been together in one studio for three months. It’s therefore not the case that one track sounds a lot like Warface and the other has a typical D-Sturb sound. It really has become one beautiful whole. When we listen now to the album, it sounds like a nice fresh blend.” The two men describe the album unanimously: “Very easy, 10 tracks that we’ve made together in which all aspects of the harder styles are offered. From euphoric to oldschool and from raw to hardcore.” 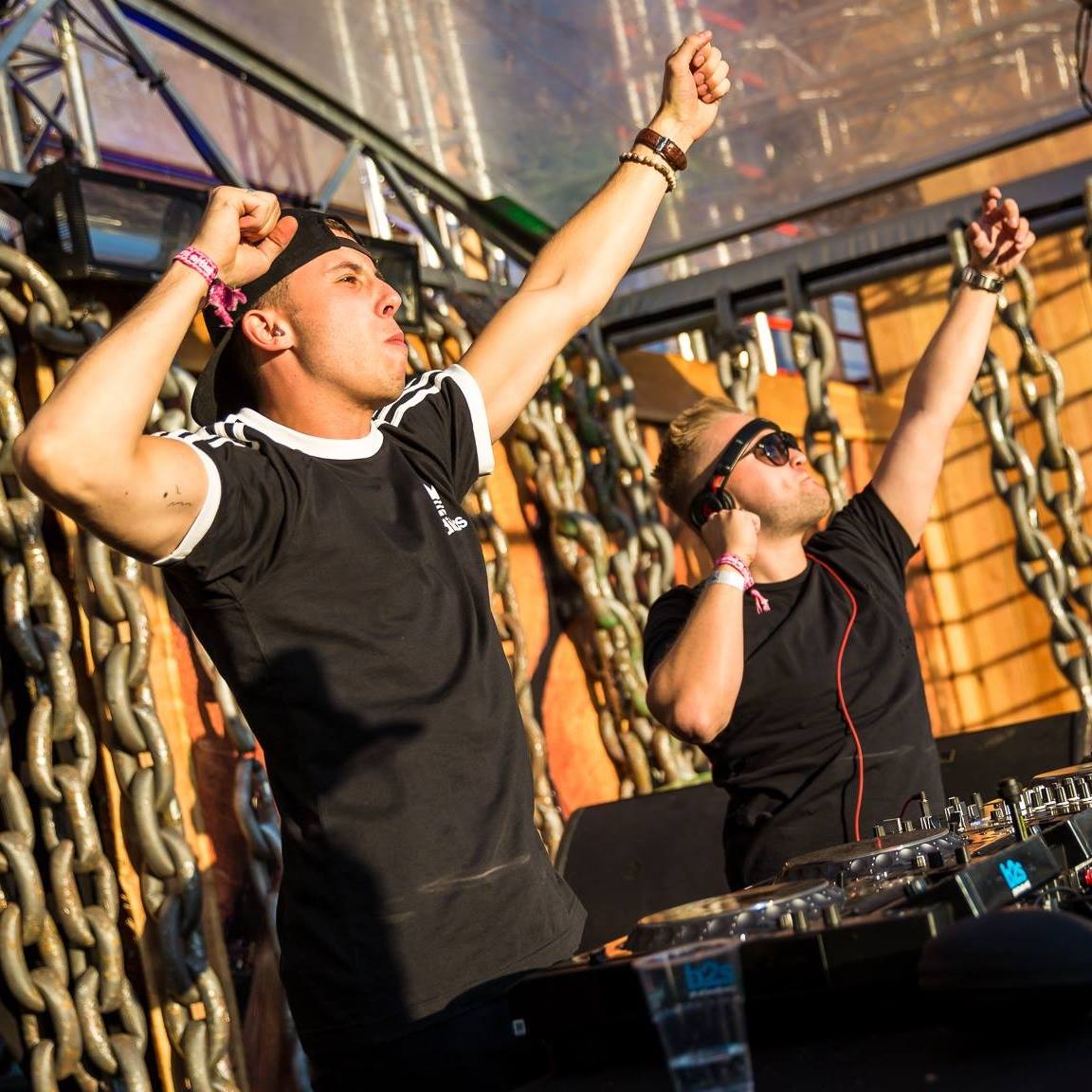 In addition to their joint milestones, Warface and D-Sturb are also doing very well solo: “I think that I personally can look back on the best year of my career until now. The concept around my live act (The Next Level) has worked extremely well and besides that, I performed at stages like Qlimax, Defqon.1 RED and Intents mainstage”, Jorrit tells about 2019. Youri also looks back positively on the past year and is especially happy to be back in the DJ Mag Top 100.

Now that both men have been busy lately with the album and the Live For This event – and therefore certainly didn’t sit still – they’ll still not taking it slower. “Sychronised had our focus in the past months, but we’re not going to sit still. For example, we will also have a number of new tracks for Live For This”, so Warface. “Now that the album is finished, I will also get to work on new solo tracks and collabs about which you will hear more next year”, D-Sturb adds.

“With almost one year of preparation, you can imagine that we’re going to create something big”

For all visitors who have a ticket for the sold out Live For This event, Warface and D-Sturb have a message: “Unfortunately, tickets are no longer there, so those who still want to come must unfortunately be disappointed. But those who do come, especially enjoy the show and the music. With almost one year of preparation, you can imagine that we’re going to create something big.”

Live For This will take place in AFAS Live in Amsterdam on 21st December 2019. The event is completely sold out, therefore Tickets are not available anymore. If you want to check out the album Synchronised, you can listen to it here. To stay up to date, keep your eyes on Warface’s and D-Sturb’s socials. 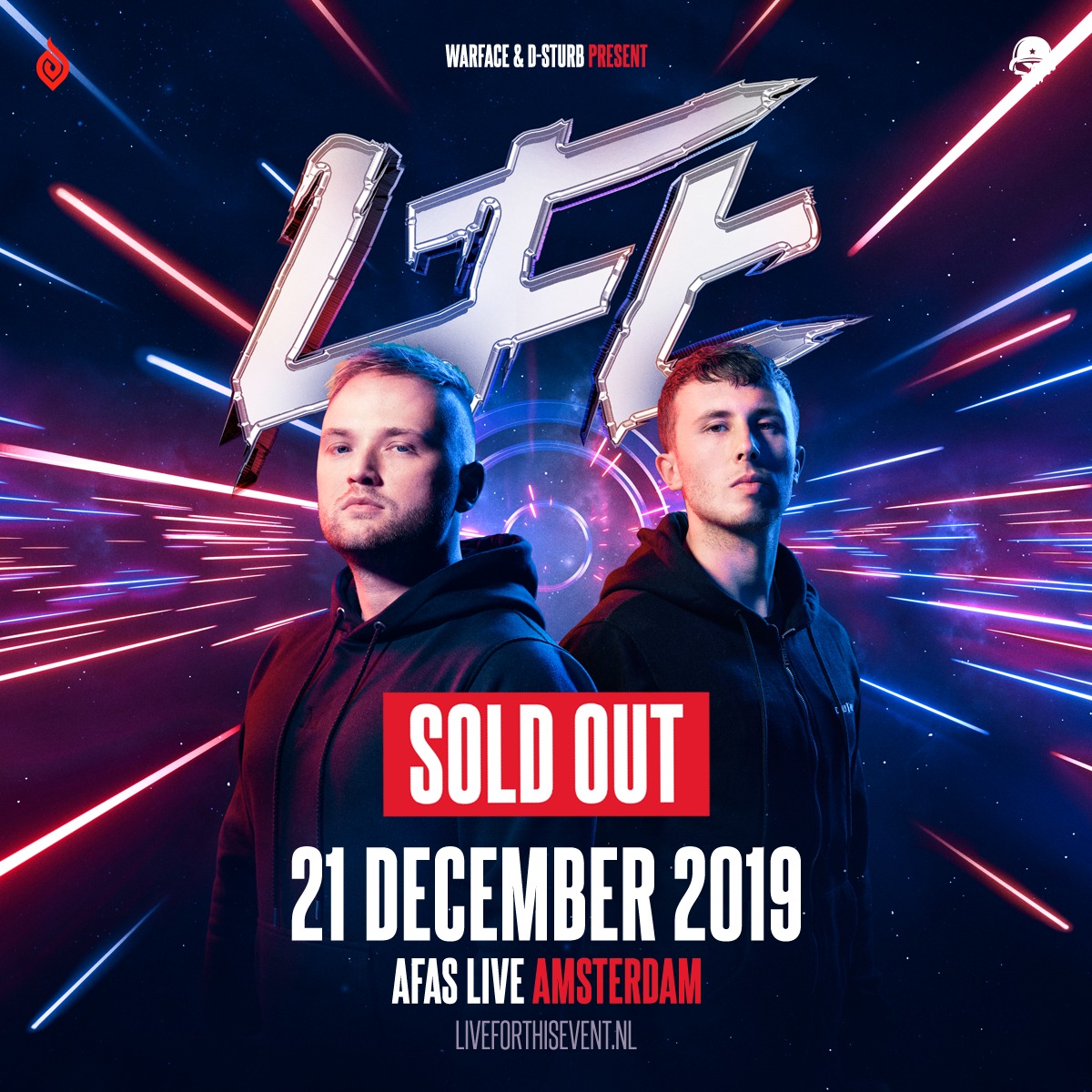 None other than D-Sturb is responsible for the Decibel outdoor anthem this year, which is finally allowed to take place again after 3 years. ‘Break Free’ already…