Everyone is aware of the fact that Zatox is currently busy producing a new album. Luckily for us, the Italian DJ revealed the tracklist of Oxygen yesterday. Zatox has been in the scene for several years now and after loads of singles and episodes, this will be the second album of the Wild Motherfucker. We are extremely curious to the outcome of his production.

The DJ mentioned on Facebook that the album consists out of two CD’s. After analysing both, we came to the conclusion that there isn’t much difference between both. However, what is actually noticeable are his thirty brand new and hard tracks.

On the first CD there are tracks that will shock your ears for sure. Think about the melodical track ‘The Godfather’ with raw kicks in it, the remix ‘If It Ain’t Dutch’ of Armin van Buuren and W&W and ofcourse ‘God Complex’ together with Brennan Heart.

The second part of Oxygen promises even more than the first one. The classical rawstyle track ‘Gangsta’ of Tatanka has been remixed in to something harder. Then, Krono, also member of Scantraxx Records, remixed ´Check Out The Drop´with its famous lyrics. Finally, the alias of Zatox, also known as Wild Motherfuckers has created a Spanish version of the song´Alarma´ and a remix of the hardcoretrack´Thrillseeka´, originally from Paul Elstak & The Stunned Guns.

For the full tracklist, see the image below: 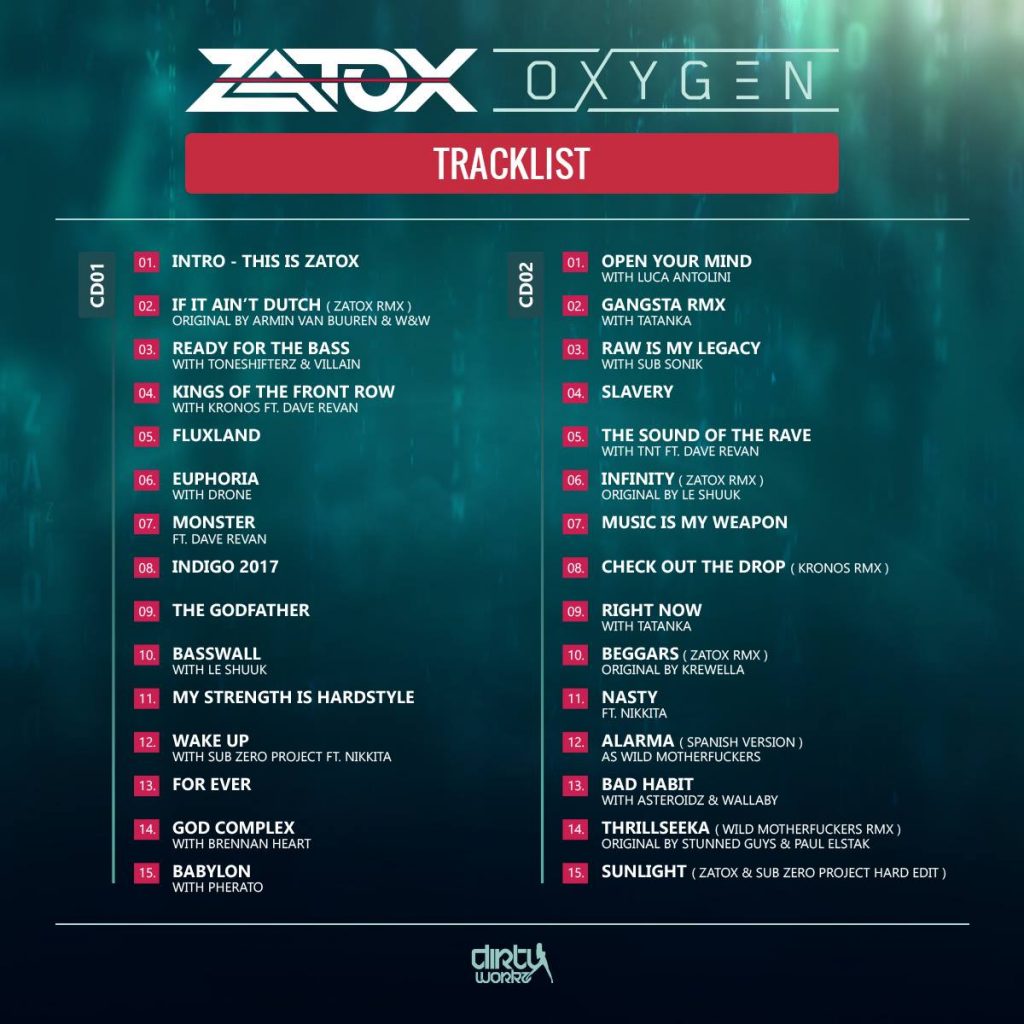 Meanwhile, this album is the second one that has been produced by the Wild Motherfucker. In 2014 he released New World Order. Hits like ‘Extreme’, ‘Back In The Days’ and ‘Satana’ remixed by Zatox were featured on it.

Oxygen is now able for pre-order here and will be released at the 29th of september this year. Alongside the album, you will also receive a signature of the Italian hardstyle artist himself.