Get ready for the ‘Uprise’ of Rebelion

First of all, can you tell us a bit more about yourselves? When and how did Rebelion start?
Rebelion consists of Raymond and Gary who both live in a town called Falkirk in Scotland. By day Raymond is a Geotechincal Lab Technician and Gary is a Liquid Petroleum Gas Engineer which we both hate. Hopefully our bosses see this, haha.

The idea of Rebelion started during Hard Bass 2013 at around 5:00 in the morning after a lot of beer. We started to discuss the idea of Rebelion. Once the hangover faded we got in the studio together and started making our first tracks, which were euphoric at that time. We then spent more time experimenting with raw and our first raw track ‘Extermination’ was born.

When did your interest for Hardstyle begin?
Raymond: When I first heard Luna’s ‘Bring That Shit Back’, from there on it grew on me and I soon discovered acts like Headhunterz, Brennan Heart etc.

Gary: The first hardstyle track for me was SMD’s ‘Just Like You’ which became my ringtone for around two years haha. And around the same time I went to my first gigs which involved Tatanka, Noisecontrollers & Showtek, and I have been hooked ever since. 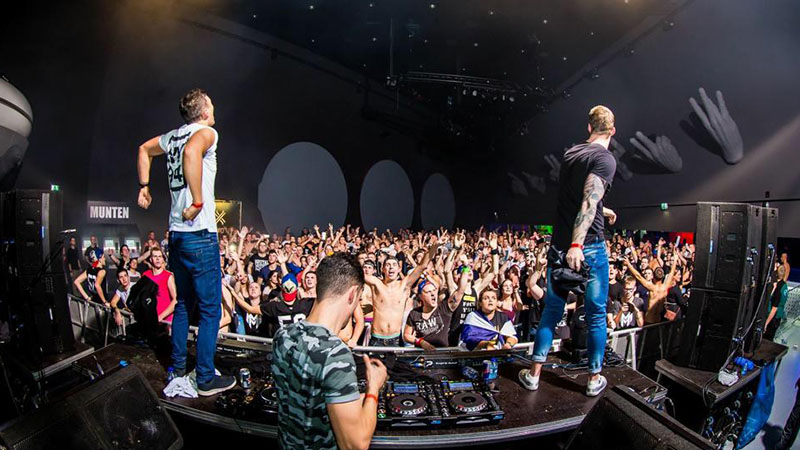 You guys are currently sky-rocketing. It’s great to see how you’ve achieved so much in such a short period of time. How did you end up at Gearbox?
We sent in a demo, ‘Extermination‘, to Phil (Gearbox label boss) which to be fair he didn’t really like. But he saw potential and set us a task of making a track for the label’s upcoming album ‘Mechanical Warfare’. We had to follow a theme which we had never done before, so it challenged us a lot. Phil liked the end product and decided to sign us after the album release.

What’s it like there? Is the label like a family?
Gearbox is like a really fucked up family, and all family members have separate rolls. Thomas (Luminite) is the little girl of the family, Davide and Aleandro (Malice) are the cousins that no one can understand but we know they are hard as fuck. Igor (Unresolved) is the popular brother that everyone loves, Jorrit (D-Sturb) is the under-rated genius of the family and the father is Phil. Phil is never right, but we have to agree with everything he says in case he kicks us out of the house, haha. There are many others involved that we haven’t mentioned, but yeah it is like one big family.

We all have a big group chat that we use to socialize in so we are always connecting with each other. This means we are always planning remixes and collaborations.

Your track ‘We Wont Die’ became insanely popular. How was it for you to find out that a lot of people really liked it?
When we made the track we sent it to our colleagues at Gearbox and a few artists. The instant feedback was that it was a Dancefloor Banger. Among some big artists supporting the track we dropped it at our first Dutch booking which was ‘NRG-Vibe presents Gearbox Album Showcase’. The response that night to the track was amazing. After it was released the track reached number #4 at Hardstyle.com, which was overwhelming and really unexpected. It gave us great motivation to explore our capabilities and to keep going. 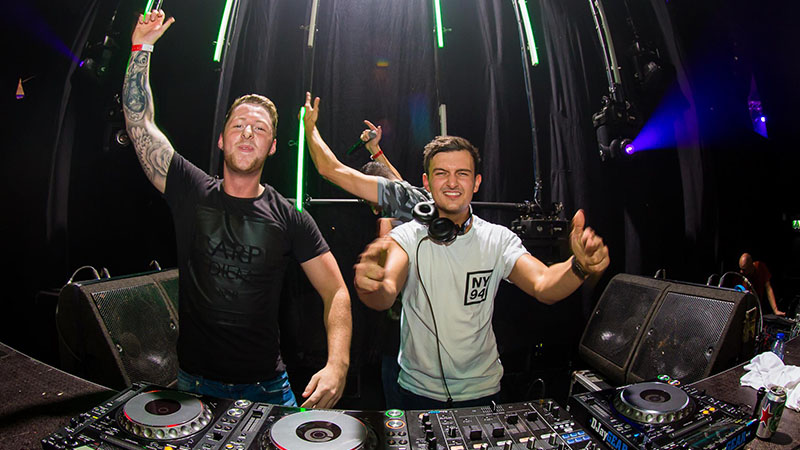 What has been your biggest achievement so far?
Over the last year we have achieved things that both of us have always dreamed of. It would be impossible to pick one, but a couple that stand out the most are:
• Remixing Deetox’s & Delete’s ‘Do Or Die’ and then having it dropped at both Qlimax and Hard Bass whilst we were both in the crowd was insane.
• Being booked for Loudness, which was a goal we set in the beginning of the Rebelion project.
• There is one more, but unfortunately we can’t discuss it just yet!

You mixed an episode of ‘The Future of Hardstyle’ podcast. Can you tell us a bit about how you selected this tracklist?
First of all we chose four of our own tracks, which include three unreleased tracks. Two of them are exclusives with the D-Sturb remix of ‘Rawfare’ and fresh from the studio our new solo ‘We Are Cursed’. We chose the other two tracks because it felt they have had the most impact on us personally.

The other tracks are from close friends and tracks we love to listen to that also blends well with our style.

On March 5 you will be performing at the legendary raw event Loudness. How was it when they asked you to come and perform there?
We got a Facebook message from Phil which read ‘You guys doing much the 5th of March?’ Instantly we both knew what he was about to tell us. From that moment we decided that we would lock ourselves in the studio so that we could create a massive impact, which we can now confidently say is going to happen!

A little over a week ago you posted a picture with the text ‘Uprise’, can you guys tell us a little bit more about that?
Well…. We can definitely confirm it does have a meaning. If you want to be among the first to know, you will need to get yourself a ticket for Loudness as all will be revealed during our set…..

We’ll be there front and center! What are your plans for this year and/or the near future?
Like the previous question, there is something massive in the pipeline tied with some really big bookings for Rebelion. So we will continue to work our asses off. Our main objective which has been there from the start is to make tracks which can fit together in our set to create and experience rather than just throwing some tracks together. We also have some interesting collabs in the making with artists like Deetox, Malice, Thyron, Primefire and the talented upcoming duo Pegasus!