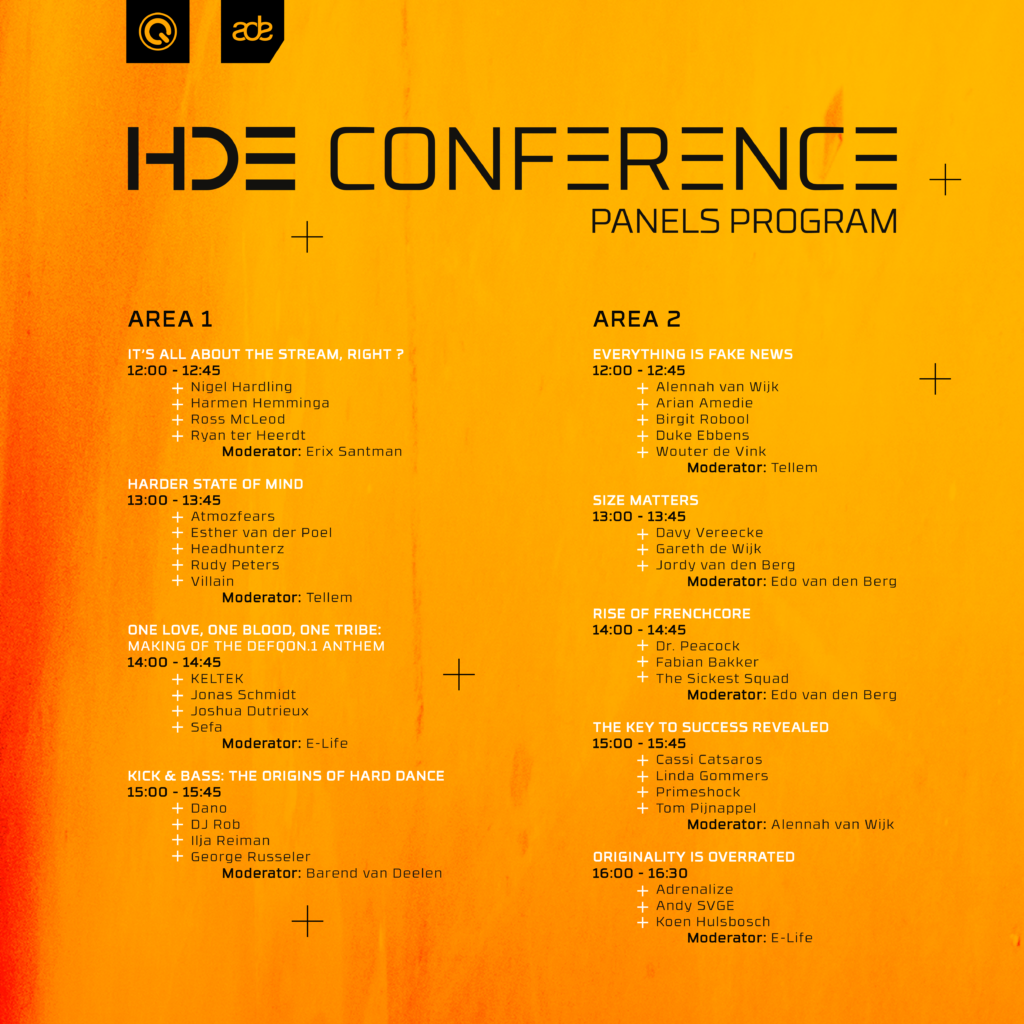 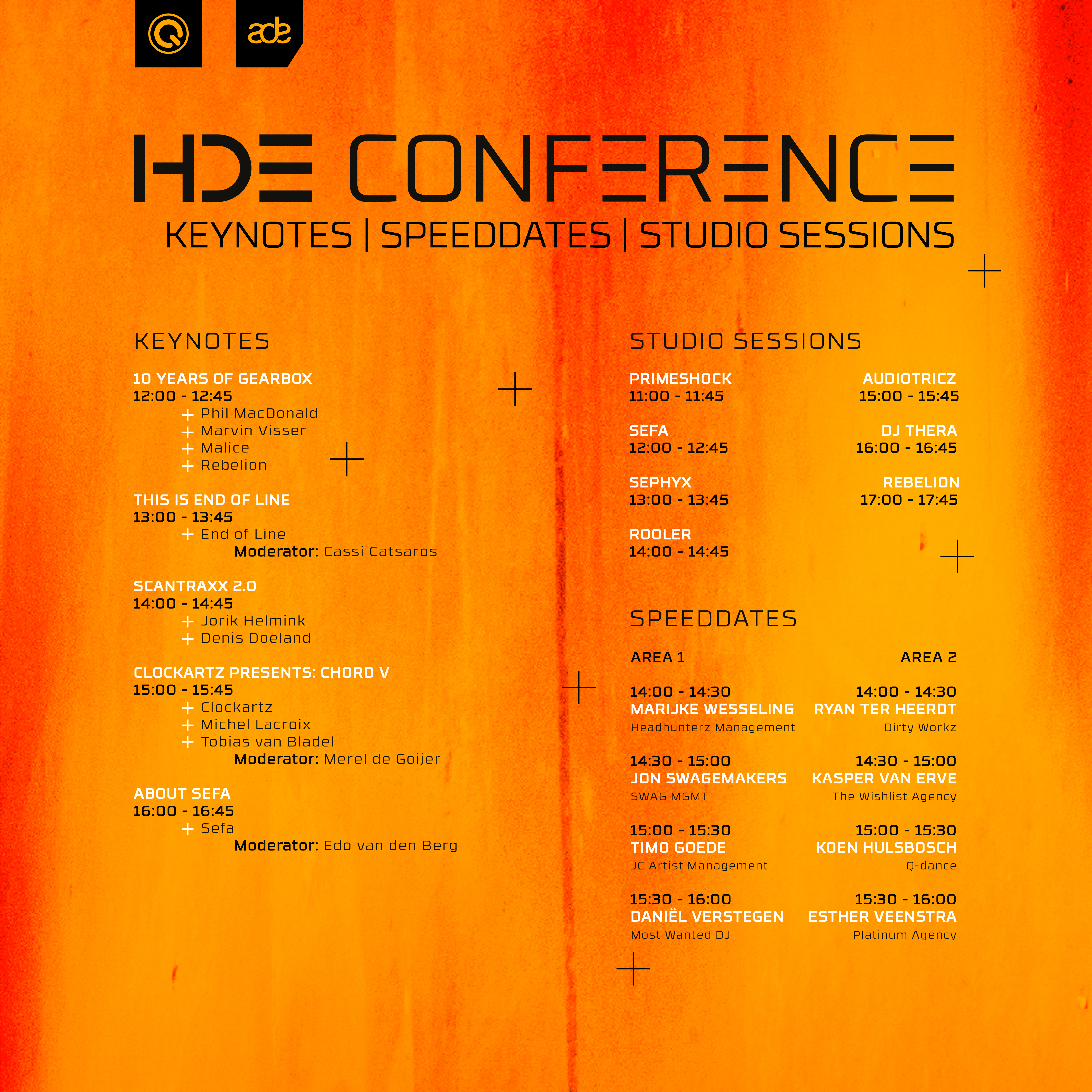 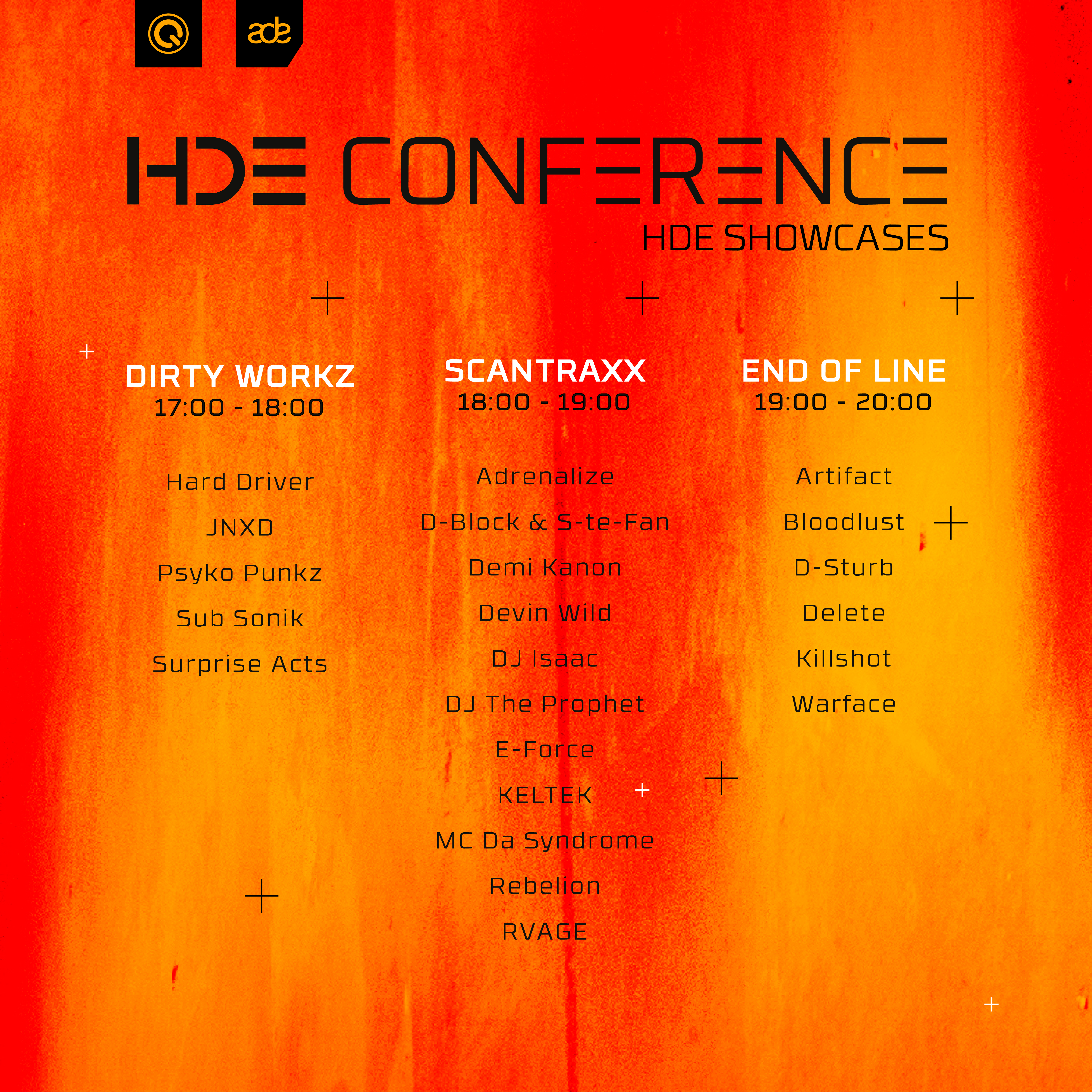 1. It’s all about the streams

With more and more tracks being produced with the single goal of getting as many streams as possible, it’s fair to say that streaming is the new meaning. How does this effect the scene and the quality of music?

Unwell or simply unfit? It’s a hot topic lately, DJ’s collapsing under the pressure of their career. Is it even possible to get a burn-out when you have one of the most desired jobs on the planet? Let’s find out.

Harder and faster, it feels like it’s all that matters nowadays. With mainstream events being closed by uptempo and frenchcore DJ’s, hardcore artists are getting more and more neglected. Is this the end of hardcore as we know it? And should we crown Frenchcore as the new king of core?

Three artists, three styles, one anthem. What does it take to make the most ambitious Defqon.1 anthem in the history of the motherland of the harder styles? Let’s find out together with the key players in this huge production..

Amsterdam and Rotterdam. We’re not talking about football, but about the origins of the harder styles. How did the underground scene erupt in Amsterdam, and how did it go in Rotterdam? What were the differences and similarities?? Let’s find out with some of our scene’s founders.

Small labels, big followings. You don’t have to release tracks that get millions of streams to be a successful harder styles label. How do niche labels manage to gain popularity while staying true to their core?

For years, producers have been trying to come up with the most original melodies and vocals.  Is that really necessary? From Nothing Else Matters and Nobody Said It Was Easy to Zombie and The Unknown, some of the biggest harder styles hits used samples of existing tracks. This raises the question…is originality overrated?

8. Everything is fake news

Does independent news exist within the harder styles, or does every channel have a hidden commercial agenda? How do Hard News and Hardstyle Report maintain this balance? And does Q-dance also promote events of the competition on their news channels? Many questions, with hopefully many answers.

9. The key to success revealed

Why does one act rise to fame while others fail? Is it all about talent, or is it more important to have the right connections and a pretty face? Together with some of the biggest talent scouts within the harder styles, we’re revealing what it takes to be the next superstar.

The last decade, Gearbox has steadily made its impact on the hardstyle scene by providing us with a different, extreme RAW sound. How did Gearbox came to be, and what does the future hold in store for this successful niche label?

How many 19-year old’s have closed the Defqon.1 mainstage, while also being its anthem maker? The answer is just one, and of course that person Sefa: the harder styles boy wonder. What do we actually know about this symphonic mastermind? Let’s find out together with the main man.

It’s almost time for the debut album of Clockartz called Chord V. While most young producers play it safe, these two Italians make their own rules. Chord V is a story on its own, both audio and visual wise. Time to discover how this epic tale came to be.

How does one of the most influential hardstyle labels of all-time stay relevant? Do you stay with your traditional roots, or discover new methods to secure your stay in the scene. Scantraxx’ General Manager Jorik Helmink teams up with Denis Doeland to seek the answers we’re all eager to know.

This is End of Line

Many artists have their own music label, but only a few truly succeed. How did RAW label End of Line get so successful? Let’s take a closer look at the essence of End of Line together with its members.

Always wanted to know how your favourite producer makes his kicks so powerful, while maintaining that beautiful clean sound? Hop into one of the studio sessions and learn the tricks of the masters.

To be a harder styles professional is a desired occupation, making it also one of the harder jobs to obtain. Still interested? Why not pick up a few tricks from professionals. Short, snappy and extremely helpful if you’re open for advice.

Three of the biggest hardstyle labels stand ready to provide you with the ultimate showcase. Prepare for 2 hours of madness as Scantraxx, Dirty Workz and End of Line gathered their artists to provide you the best sounds of the moment.