The most impressive hardstyle stages of 2019

Now, that the year is slowly heading towards the end, it’s a good time to look back on an awesome hardstyle year. The organisations went again all out for the indoor as well as outdoor events – and presented stages which are truly pieces of art. But which ones were the most beautiful and most impressive ones? We listed some of them to refresh your memory.

Intents Festival is an event which realizes the specific topic detailed every year. Also for ‘Calling All Superheroes’, the organisation went one step further with the thematic implementation. In an earlier interview, the organisation told that the complete festival ground can be as a whole, where everything fits together. The organization designed five superheroes for ‘Calling All Superheroes’, and all of them were connected to a stage. These characters were so elaborated that fans could find out at the event website how big they are and what their favorite food was. Eventually a complete storyline was built and this was even put together in a comic, which of course is unique in the festival world. All of the superheroes could be seen together at the mainstage: a complete city was rebuild at the impressive Intents stage. 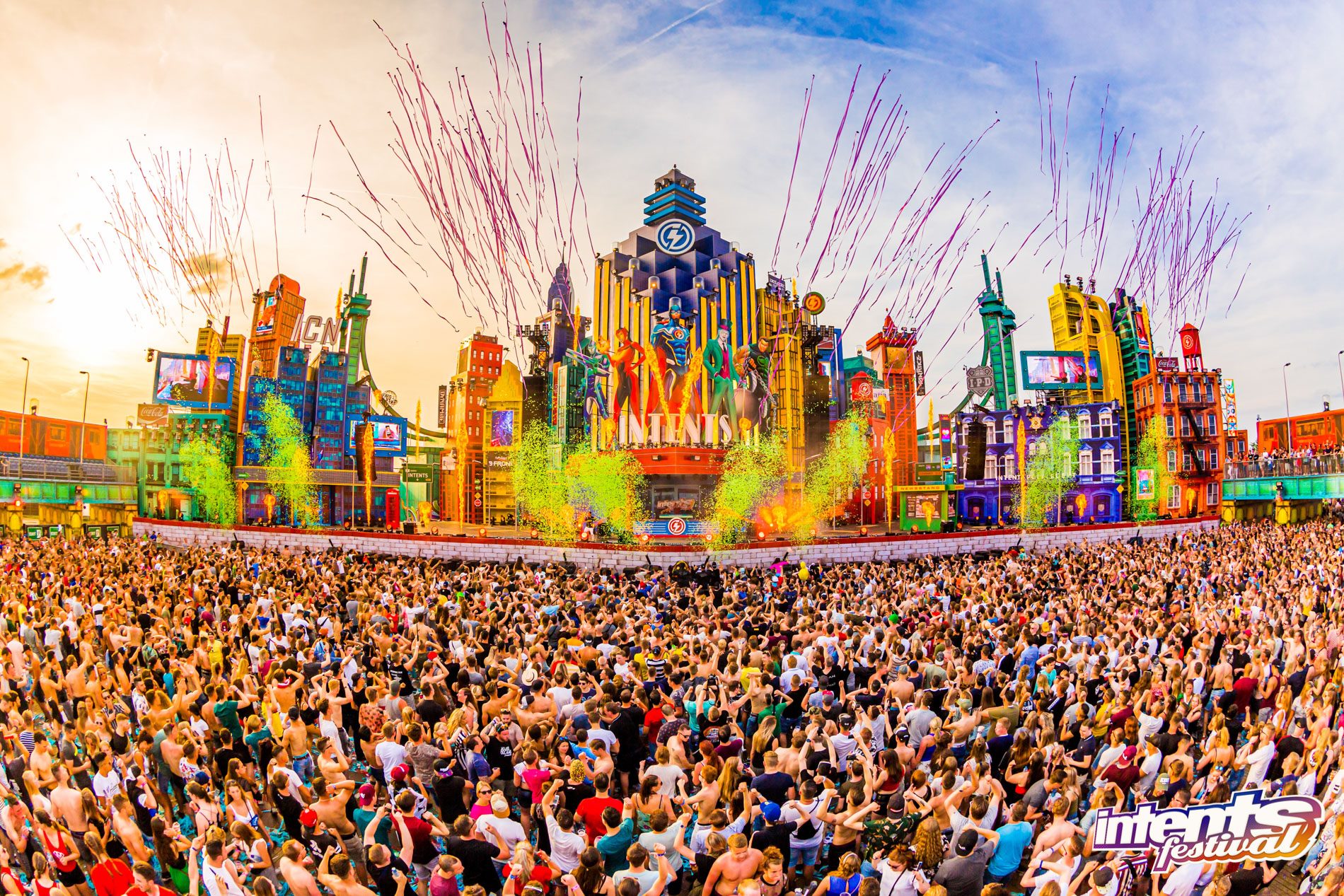 It’s the most beautiful indoor event of the year for many hardstyle lovers and also this time, Qlimax was not only a true spectacle for the ears, but also for the eyes. The stage of the event, which annually takes place in the GelreDome, was traditionally revealed in a spectacular way and marks for many visitors the most beautiful moment of the night: the fall of the huge Qlimax cloth. During this magic moment, the whole stadium is filled with thousands of phones to capture these special seconds. Also this time, Q-dance went all out, whereby a big “wow” from the audience echoed. “Welcome… To Qlimax!”

Of course Defqon.1 as the biggest festival within the harder styles puts up big expectations concerning the mainstage. This year’s weekend festival in Biddinghuizen was all about the theme ‘One Tribe’. After partying all day at among other concepts like ‘The Spotlight’, ‘POWER HOUR’ at all in all not less than 12 different stages, eventually everyone comes together in the evening at the gigantic RED, to enjoy the endshow. Also because of an overwhelming fireworks show and a light and laser spectacle, the RED stage always delivers a great picture in the dark and this year it was again mind blowing to stand in front of the 130 meters long mainstage of Defqon.1. 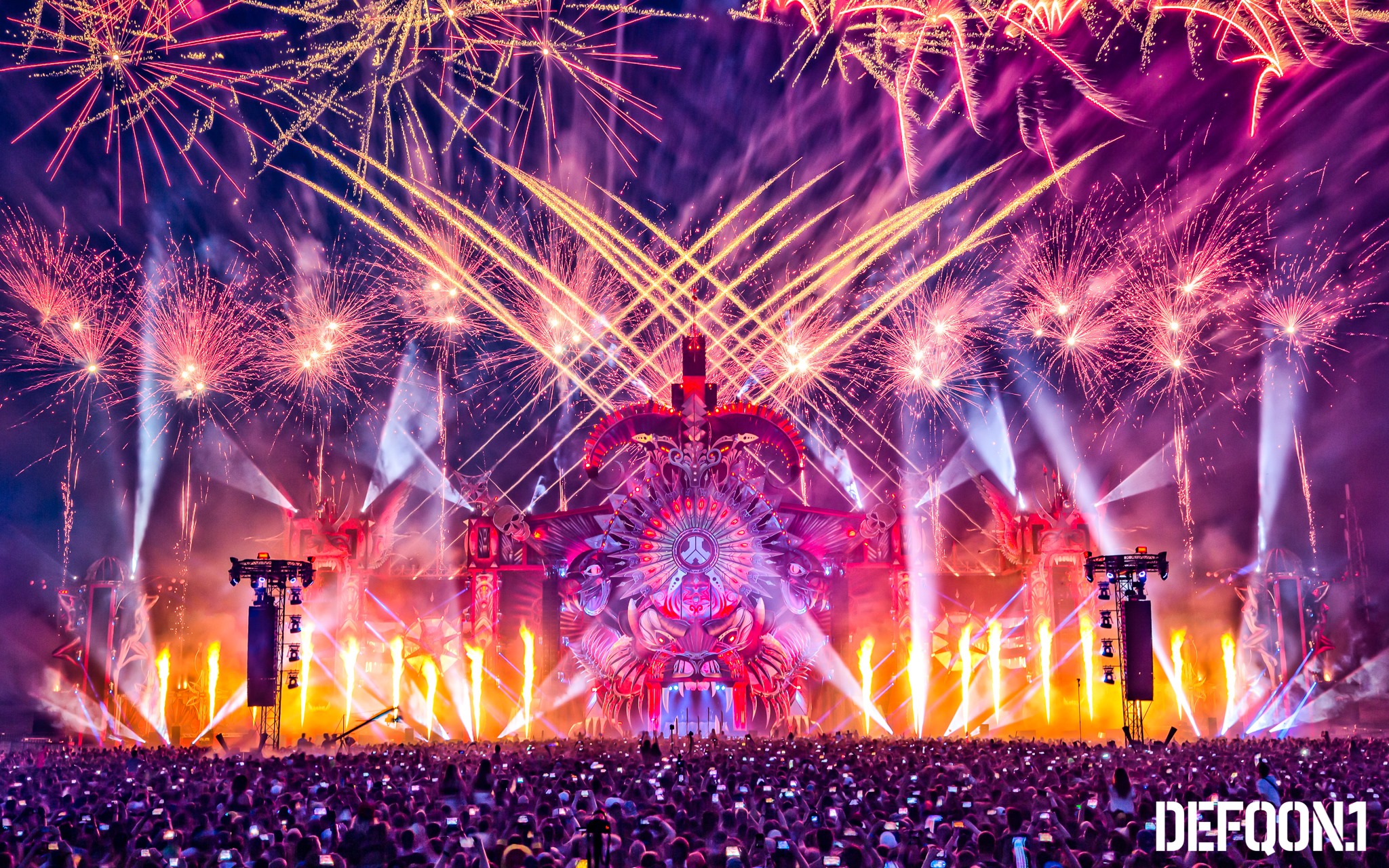 Supremacy is seen by many rawstyle lovers as the ultimate indoor season opening. The raw hardstyle event, which annually takes place in the Brabanthallen, usually works out impressive show elements for the stage, but this year they topped themselves with something really unique. Besides different holograms which could be seen on stage, something never seen in our scene happened during Crypsis’ anthem show: during his 30 minute-long live set, the anthem maker drove with kind of a second stage through the fans and the whole hall. These are images which visitors will surely not forget.

Since 2002, Q-dance hosts its own stage at Mysteryland. In addition to the fact that the hardstyle stage is in a beautiful location surrounded by water and nature, you can also look up from the hill: there you have the perfect view and you can enjoy this impressive stage.
Of course it also looked beautiful in the dark, supported by a spectacular light and laser show. 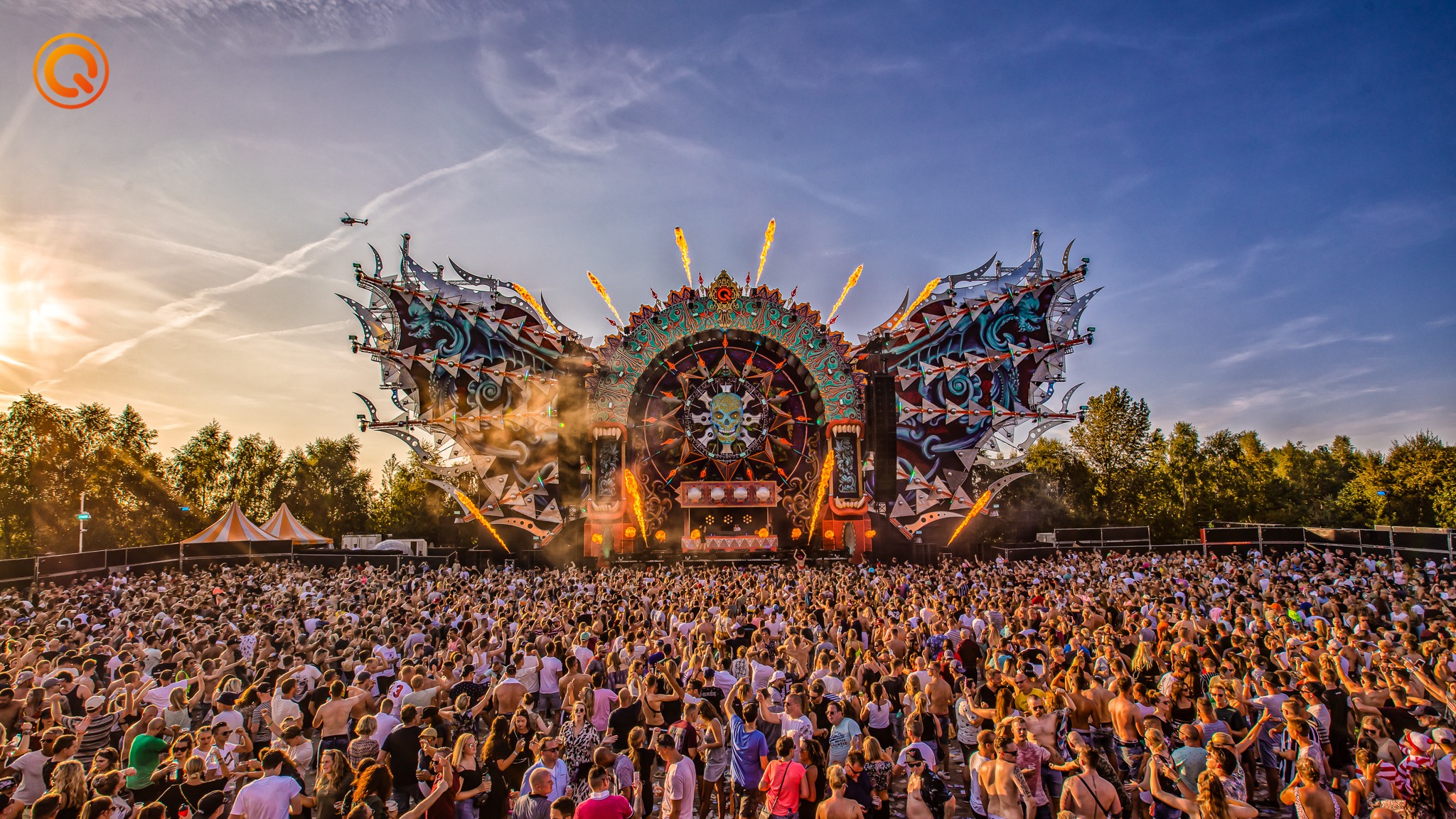 The last edition of Hard Bass was for many visitors surely a special one to remember. To end the unique B2S concept in style, the organisation worked everything out in all possible areas, including the stage. While the Hard Bass stages were generally fairly ‘flat’, this year it was extended to all corners. Furthermore, a real walk of fame was created to allow all DJs to enter the booth in style. In addition, the teams changed in a spectacular way by putting a lantern in their specific color into the DJ booth. 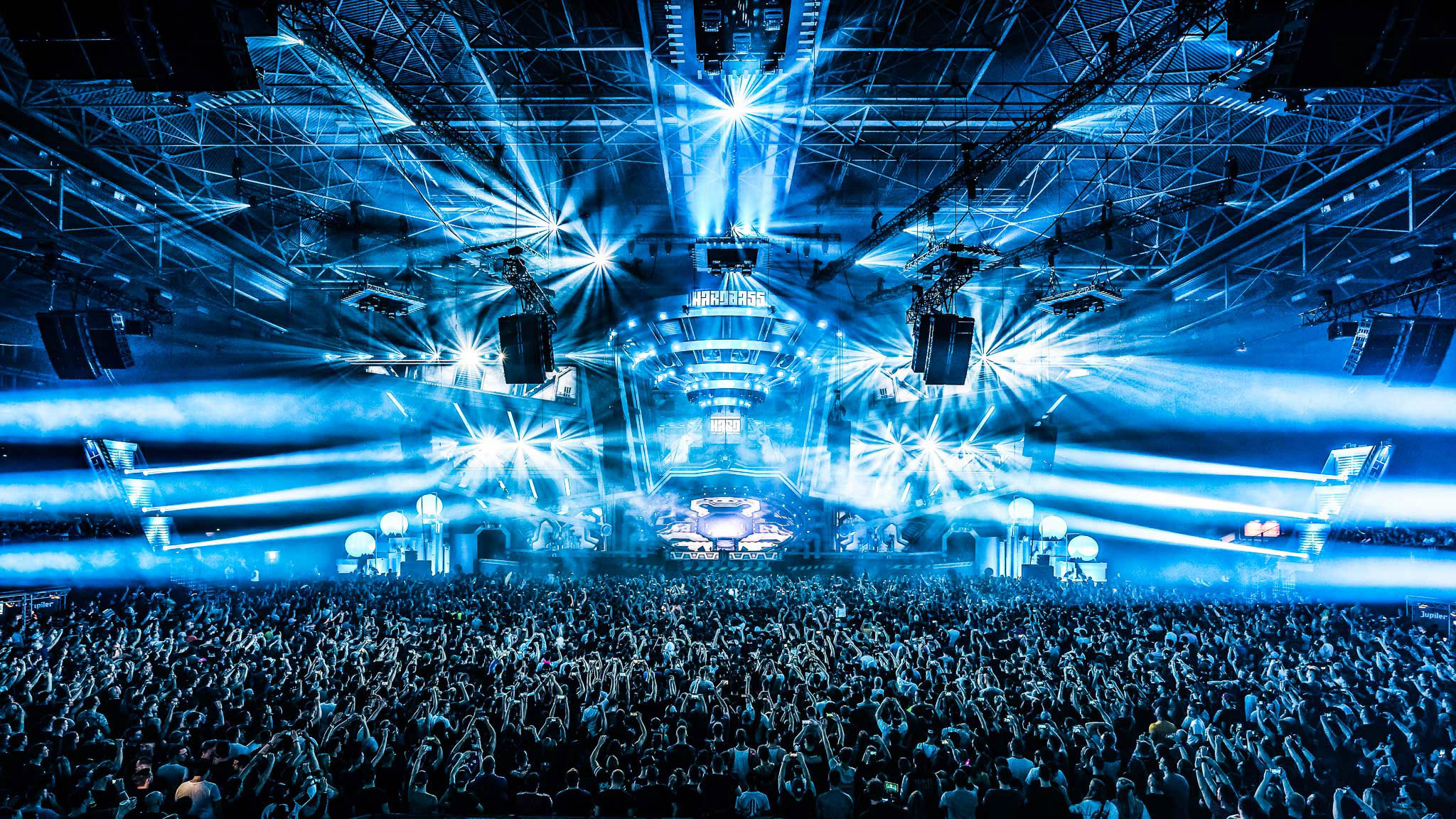 The Qontinent – Island of Intensity

The Qontinent blew us away with its stage design this year. Thousands of visitors from all over the world united at The Qontinent from the 9th until the 11th of August 2019, which was a weekend to remember. The event – a collaboration between Bass Events and Q-dance – is known for its amazing atmosphere, superb stages and entertainment. The Island of Intensity had a fully packed Ravers Resort, more than 100 artists, and plenty to do for everyone that likes hardstyle, rawstyle, freestyle, tek, hardcore and more. 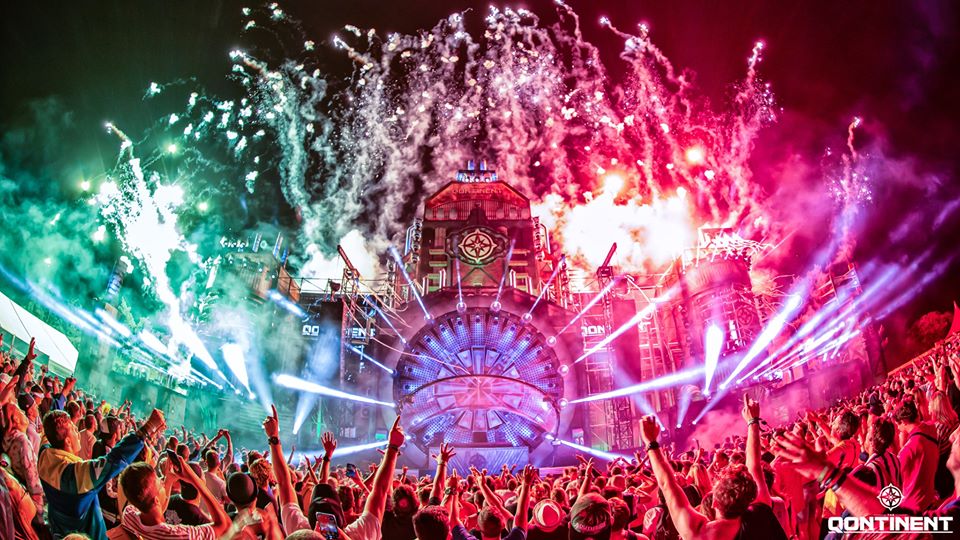 The Beekse Bergen in Hilvarenbeek is one of the largest and most beautiful event locations in the Netherlands and gets annually transformed into ‘the loudest city on earth’ for Decibel outdoor. The event is of course known for the fantastic atmosphere at the campsite, but also this year’s mainstage should certainly not go unmentioned. The stage was reversed for the first time this year, so you saw the main from various other areas over the water. Besides the fact that the location is of course fantastic – on the water and surrounded by nature – the stage looked great on its own, both during the day and certainly also in the dark. 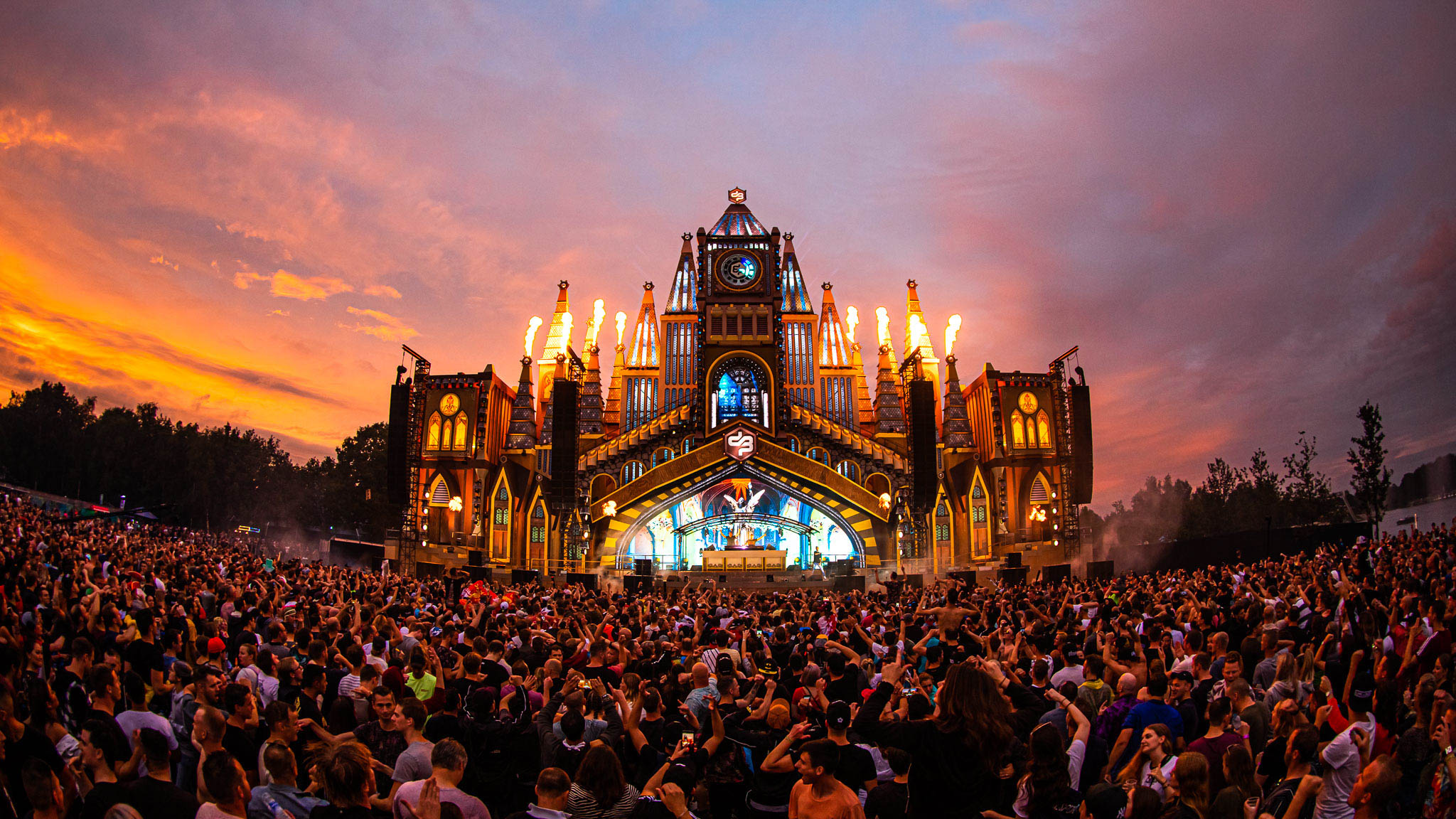 Reverze is the biggest indoor hardstyle event of Belgium, and knows how to capture the hearts of thousands of music lovers every year – with its grand line-ups and show spectacles. Also the previous edition – that entered the history books as the Edge of Existence – was no exception, and made sure you could feast your eye on a huge stage and magical light show. Reverze knows how to deliver amazing stagedesign, which is definitely one of the many reasons why you should visit this event. 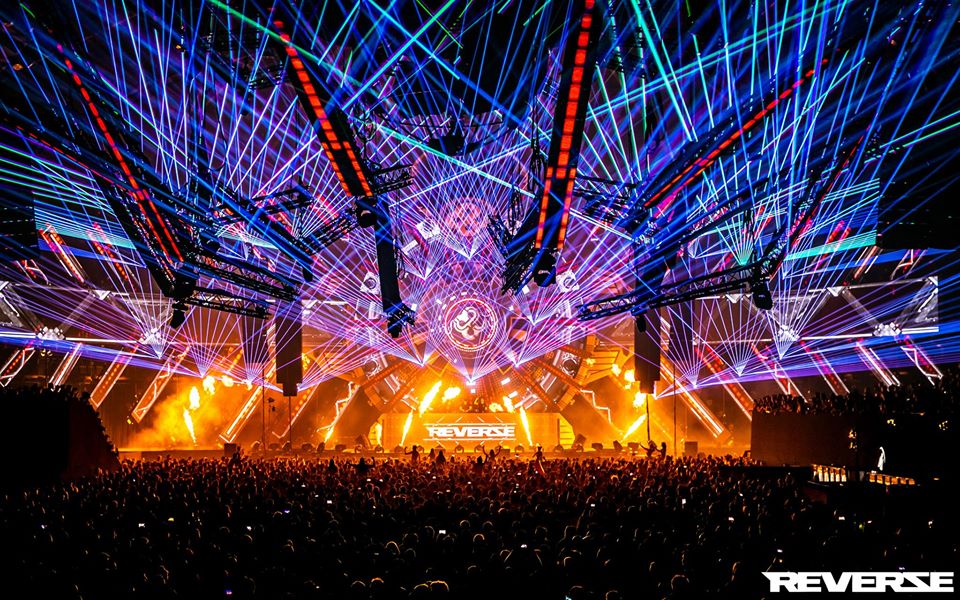 REBiRTH Festival is known as the kick-off of the festival season. With no less than seven areas, there’s a place for every hard dance lover at the weekend event. What’s quite impressive about REBiRTH, is the indoor mainstage. Because the event is held early in the year, it’s usually still fairly cold during REBiRTH, which means that most areas are covered. Nevertheless, the organisation manages to build a huge main stage in one of the tents every year. Also this year, the mainstage of REBiRTH looked very impressive. A huge logo was put above the DJ booth and due to the use of different layers, a lot of depth could be seen in it. 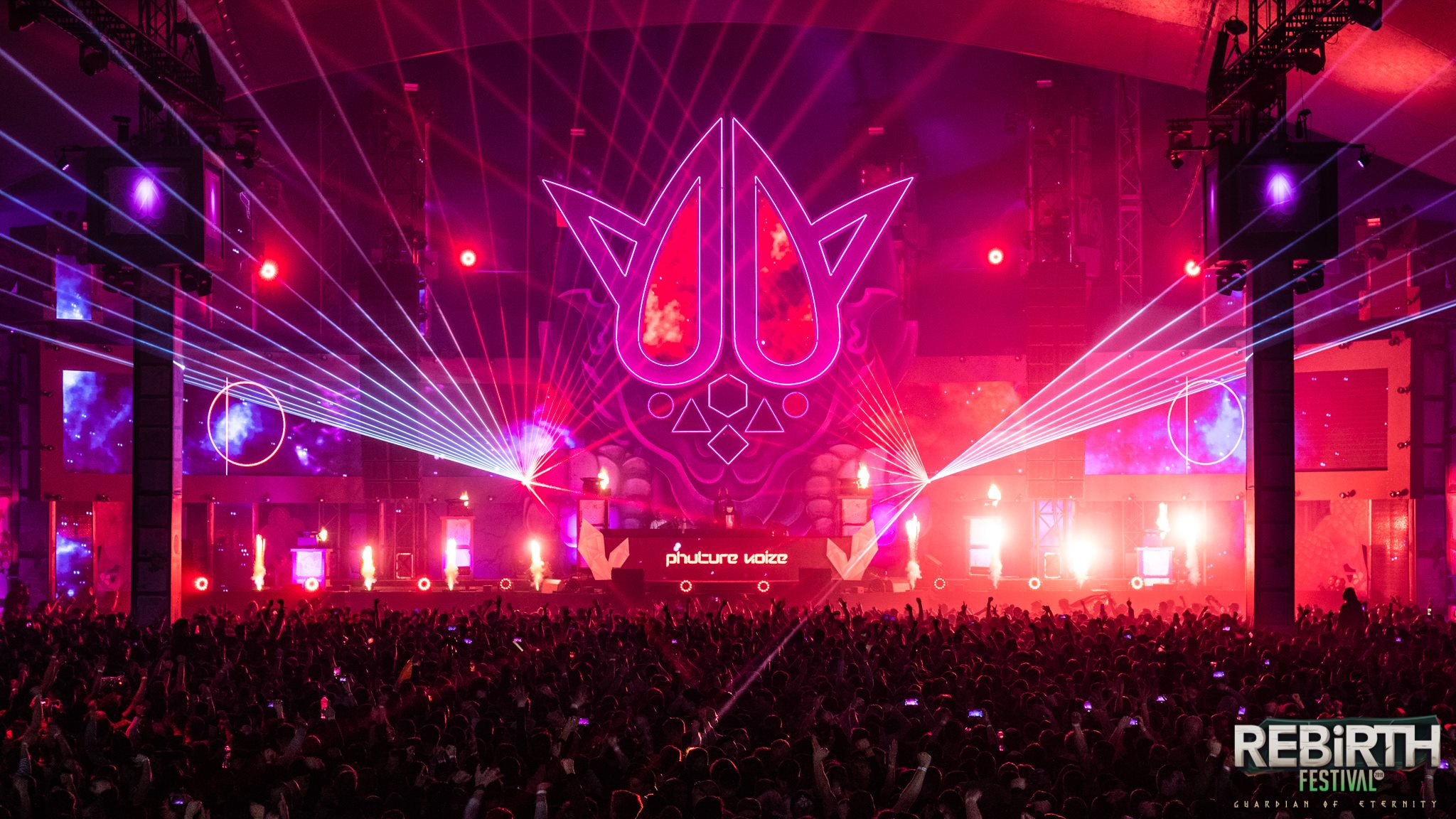 Now, that 2019 is almost over and we can already start preparing for a new year full of parties, we still wanted to look back on what 2019 had to offer. Among countless beautiful stages, both indoor and outdoor: what was the ultimate stage of 2019 for you?