These are the Superheroes of Intents Festival 2019

For Intents Festival 2019, the organsiation has been “Calling All Superheroes”. This call has now been answered by a team of 5 superheroes, who together will strenghten this edition of Intents at 5 different stages. These are the Intents Superheroes.

You might have seen the one and only Captain Intents before, during the reveal of the Intents Festival 2019 theme. This hero is also the leader of the super team and will strengthen the Intents Mainstage all weekend long, since his favorite music considers all of the 150+ BPM spectrum. With countless acts and a hosting on Friday from none other than D-Block & S-te-Fan, you will be able to enjoy yourself here for the entire weekend.

“Captain Intents was the first known superhero of the city. He devotes his time to fighting crime and keeping peace. His ability to fly, helps him to rescue people in danger all over the city. His strength and energy control helps him over power criminals. He despises asking others for help; however, if he is about to face a villain unlike any other he needs to find those alike to work together and protect the city of Intents.” 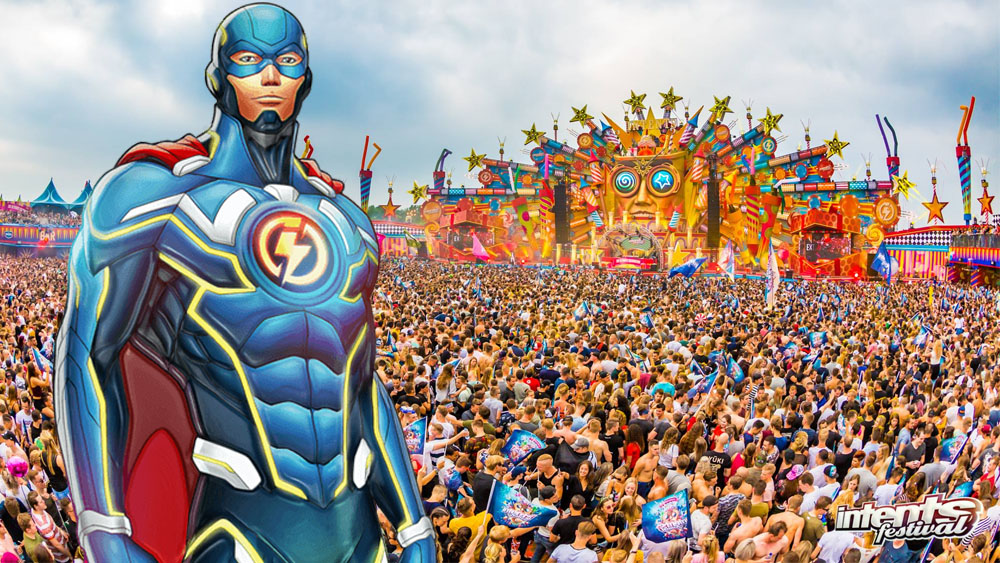 The strong Demolitioner is the second addition to the super team. This hero likes to use his wrecking ball for bashing to raw hardstyle, but he also has a deep love for early hardstyle. The Romanian hero will (literally) strengthen this edition of Intents Festival as well.

“The Demolitioner is the strongest of the superhero team. He has gigantic rock-hard muscles. What makes him unique are the veins that run across his body. They are normally red/brown; however, the color of his vein’s changes according to his emotions. When he is furious his veins will glow bright green. He works every day at a construction site demolishing property with his fists and wreaking ball. His body is resistant to metal and sharp objects.” 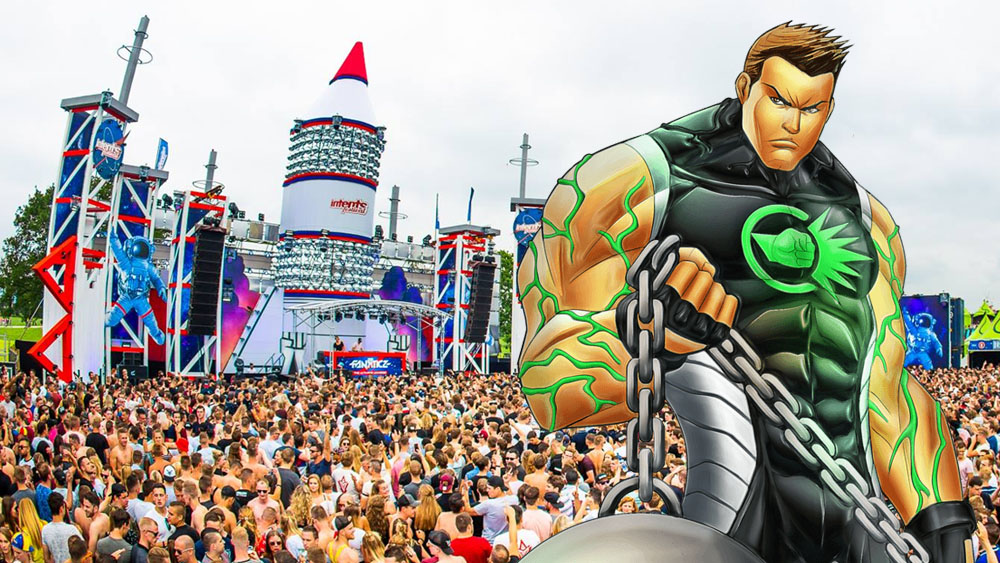 Lady Phoenix represents the female force within the superhero team, and even has the hardest taste in music. This Intents Superhero is completely ready to get lit with a good dose of hardcore at the Dynamite stage. Here, hostings of Partyraiser and Destructive Tendencies will turn up the amount of BPM at Intents together with Lady Phoenix.

“When she was younger Lady Phoenix lost her whole family in a house fire. The inability to stop this tragic event inflicts deep anger and distraught within her. She develops the ability to control fire. While her powers can be used to save others from fire, she has a difficulty controlling her emotions. Sparks and fire ignite from her body when she is trying to contain her anger” 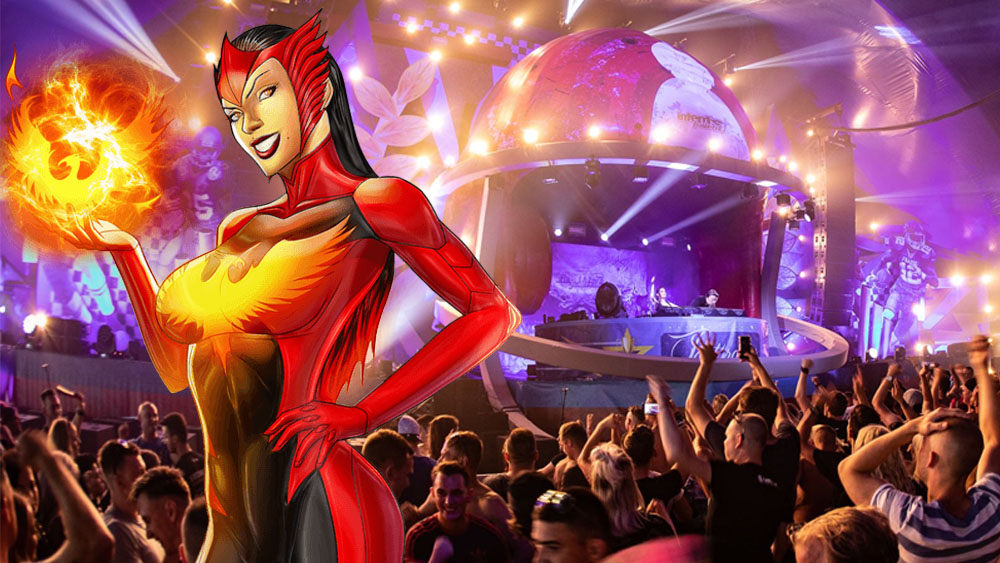 The fourth hero Bionitron has artificial intelligence as his superpower. Furthermore, this Intents Superhero enjoys raw hardstyle the most, which ensures he will do his absolute very best for this edition. With his knowledge he will make sure you can enjoy a great light show around all of the raw artists.

“Bionitron is a fusion between man and machine. While he was in college, he was working on improving his secret artificial intelligence project. However, there was an accident in the laboratory that left him brain-dead. His AI fused with his body, controlling his brain activity. The AI fused parts of his body with machines to keep him alive. His superpower is that he can connect with the digital world, but also lives on earth as a Cyborg full of hi-tech gadgets in his body.” 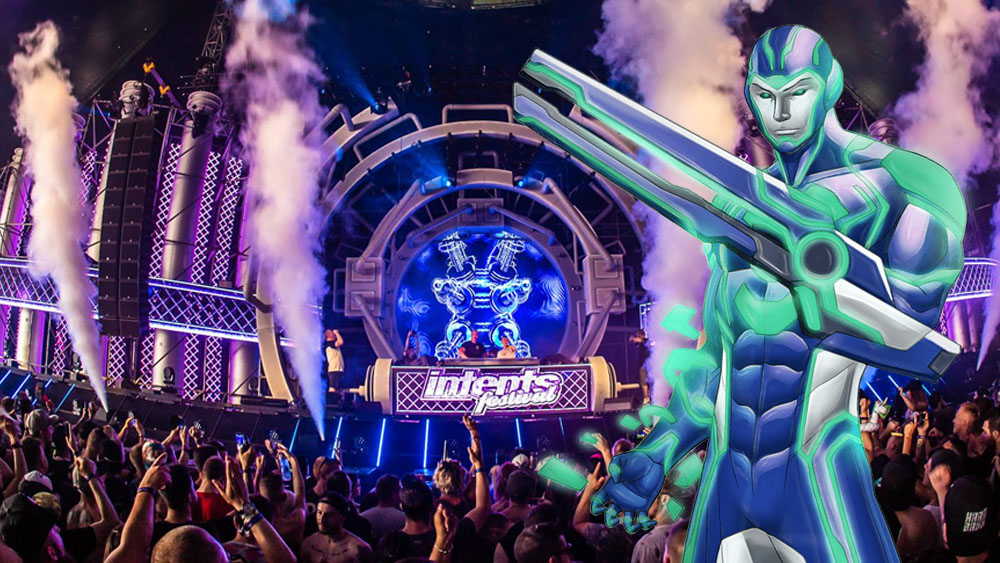 None other than Mr. Insanity is the final and hypnotizing addition to the team. This Intents Superhero has a great preference for freestyle and can be found at the Outrageous! stage all weekend long. Here, you’ll be able to enjoy artists such as Promo (with a classics set), Mark With A K and Paul Elstak together with him.

“He is sometimes the prankster or the serious one. Mr. Insanity is the most manipulative of the team. However, he has a hard time controlling his own identity. His superpower is mind control using hypnosis by altering the perception of others with his eyes. He wears a suede cyan and magenta costume paired with his top hat. His hair is white but changes color when he is using his superpowers to control other people’s emotions and thoughts.” 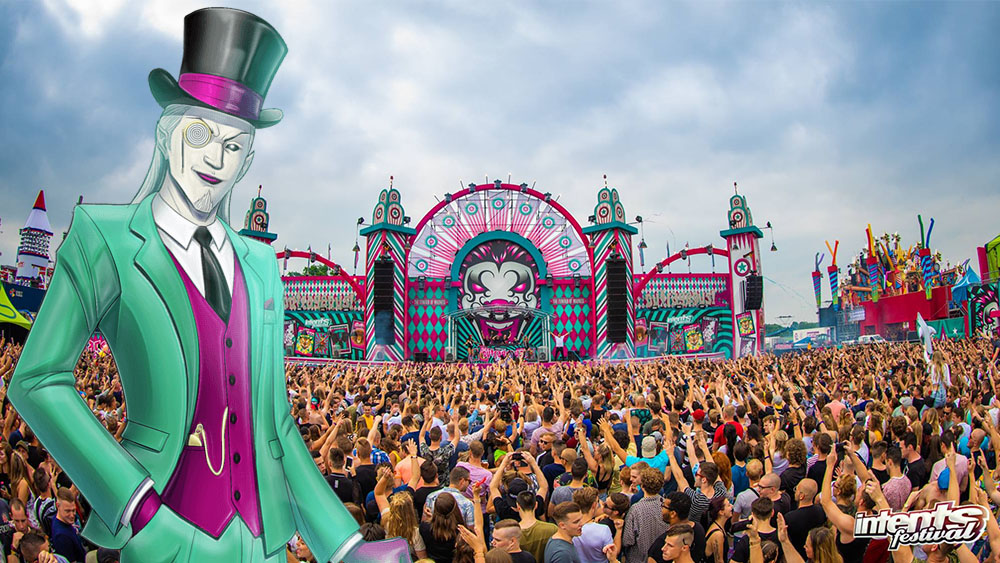 Intents Festival 2019 – Calling All Superheroes will take place the 31st of May, the 1st of June and the 2nd of June in Oisterwijk. A limited amount of pre-party tickets for this superhero gathering is still available via the official website, on which you’ll also find more information about the event.