Hard Bass 2018 shook up the GelreDome

We welcome you to the Hard Bass Warehouse. A state of the art construction facility. Hidden deep within the City Of Future. Let’s make tonight memorable.

The 27th of January was all about b2s’ Hard Bass! Thousands of Hardstylelovers gathered in the legendary GelreDome to enjoy a full night of musical diversity brought by the four teams of Hard Bass. Every two hours, the teams will step it up a notch: euphoric hardstyle at first, and closing down in full force with the rawest tracks our scene has to offer: Sounds amazing, right? It is!

Decorations and stage
Even though the exact theme seemed unclear to me (Something Asian with a futuristic vibe), The GelreDome was decorated on point. You could notice, compared to former editions, the effort b2s put in the decoration, and it would be a shame if I would not compliment b2s on this. While entering we also noticed a lack of pushing and the abundance of dancingspace. Whether this was due to not selling all tickets or a deliberate step by b2s: we loved it! Last year our night was filled with people pushing and endless masses walking by, this year we were able to move freely the entire night.

By the time we had entered the venue, Team Blue had already taken the limelight on stage. This years’ Team Blue consisted of Isaac, Psyko Punkz and Sound Rush – A recipe for hours of Hardstyle fun.  While I overheard a lot of people saying they only visit Hard Bass for Team Red, I was stoked for the first two teams of the night. Why you might ask? Because you get a chance to witness true classics like “Digital Nation”, “Love this life” and “Psyko Foundation”. A true goosebump-moment was when “Back To The Roots” by Sound Rush was played and the entire crowd took out their cellphones to film it. This set was pure joy: Drinking a beer, euphoric tunes and showing our dancemoves during “Stick Em” and “Spaceship”.

Every set is, as is tradition, closed down by a live-act. This year, Coone had the honour to fill the last 30 minutes of Team Blue. To say his liveset was amazing would be an understatement. Just for “Faye” Coone managed to not only fill up the stage with David Spekter and The Hardstyle Pianist, he also invited an entire mini-orchestra to make sure his performance was top-notch! During his set we were given the opportunity to enjoy Mr. Coone’s finest selection of tracks: “Licht uit”, a “Showtime 2.0” mash-up, “Young, Gifted And Proud” and “Rise Of The Celestials”.

Up Next: Team Green! This team consisted of D-Block & S-te-Fan, Wildstylez and Zatox. Again, a lovely combination of DJ’s who all have been around for years and years. Knowing this, it wasn’t a surprise to find out this set was amazing. Tracks like “Beautiful World” and “Angels And Demons” were received amazingly (Perfect sing-alongs). Especially during Headhunterz’ “Destiny” the atmosphere hit an all-time high! One of the best moments of the night was during Team Green as well: “Shivers” made the entire Dome scream along.

There is not a chance in the world that you do not walk a marathon while visiting a party in the GelreDome. Even though we made a small stroll this year (The music was so good, you wouldn’t want to miss a track), we were not surprised to find the catacombs filled with a ton of merchandise shops, foodshops, chillzones and plenty of opportunities to meet new friends. Apart from the catacombs, a Hard Bass visit is not complete without a small visit to the tribune. After all, this is the best place to gaze at all the lights that bright up the Dome. This mesmerizing view makes you truly appreciate the work that is put in the preparations of a party this big.

Team Yellow takes the night to the next level

We rushed to get back to the dancefloor to witness the arrival of Team Yellow, containing B-Front, Ran-D and Sub Zero Project. The start of Team Yellow usually marks the start of the rougher half of the night.

This was definitely notable by the tracklist: “The Paradox” (Which continues to sound a-ma-zing), “Suicidal Superstar”, “The Project” and “Real Warrior” made it hard to remain quiet. My favourite moment of the night was when “Zombie” was pumped out of the sound system. The fact that this track has been all over the place the last few months did not matter at all, it continues to be amazing to hear every single visitor drown out the speakers. Especially if the venue is filled with a ton of people, like at Hard Bass.

Team Yellow was closed down by the Haunter Of The Dark: Adaro. Adaro was not only responsible for this years’ anthem “Black Rain” ft. E-Life, this performance was also his first gig ever as Adaro live. Like always, the pyrotechnics, the lights and the lasers were amazing during the anthemshow. But his entire set was filled with awesomeness. Some of his best and most noticeable tracks were featured, tracks like “The Sky Is The Limit”, “No Time To Sleep” and his remix of “Chain Reaction – Answers”. To close down his set, Adaro blasted “The Day that I Die”, which was a perfect transition to Team Red.

Last but not least: Team Red. This team was filled by Heavyweight champions: Delete, E-Force and Rebelion were this years Red ambassadors.  Tracks like “Stresstest”, “Echoes” and “Warrior” were filling our ears and the audience loved it! Beside those tracks, a buttload of new tracks and remixes were premiered. Unfortunately, this meant that I did not recognise a lot of them. What I cán tell you, is that every single one of them completely broke down every last brick of the GelreDome. Because of this, the set was way better than I expected.  These gentlemen closed down as they should: HARD! When the end of the set was approaching, the BPM rose. This meant we could even fancy a cheeky hakk.

The honour to close down b2s’ biggest indoor party was given to the one and only Radical Redemption. This turned out to be a great decision, as Radical drained every reserve of my internal battery. Tracks like “Just Like You”, “Kill me” ft. D-Sturb provided the tempo we needed. One of the highlights, of course, was “Radical Redemption – America”. Not only did we enjoy the entire set, we were given a special treat: “Brutal 7.0” while watching some epic fireworks! The last few minutes of Hard Bass 2018 were filled with hardcore tunes like the Radical Redemption remix of “Angerfist – Criminally Insane” 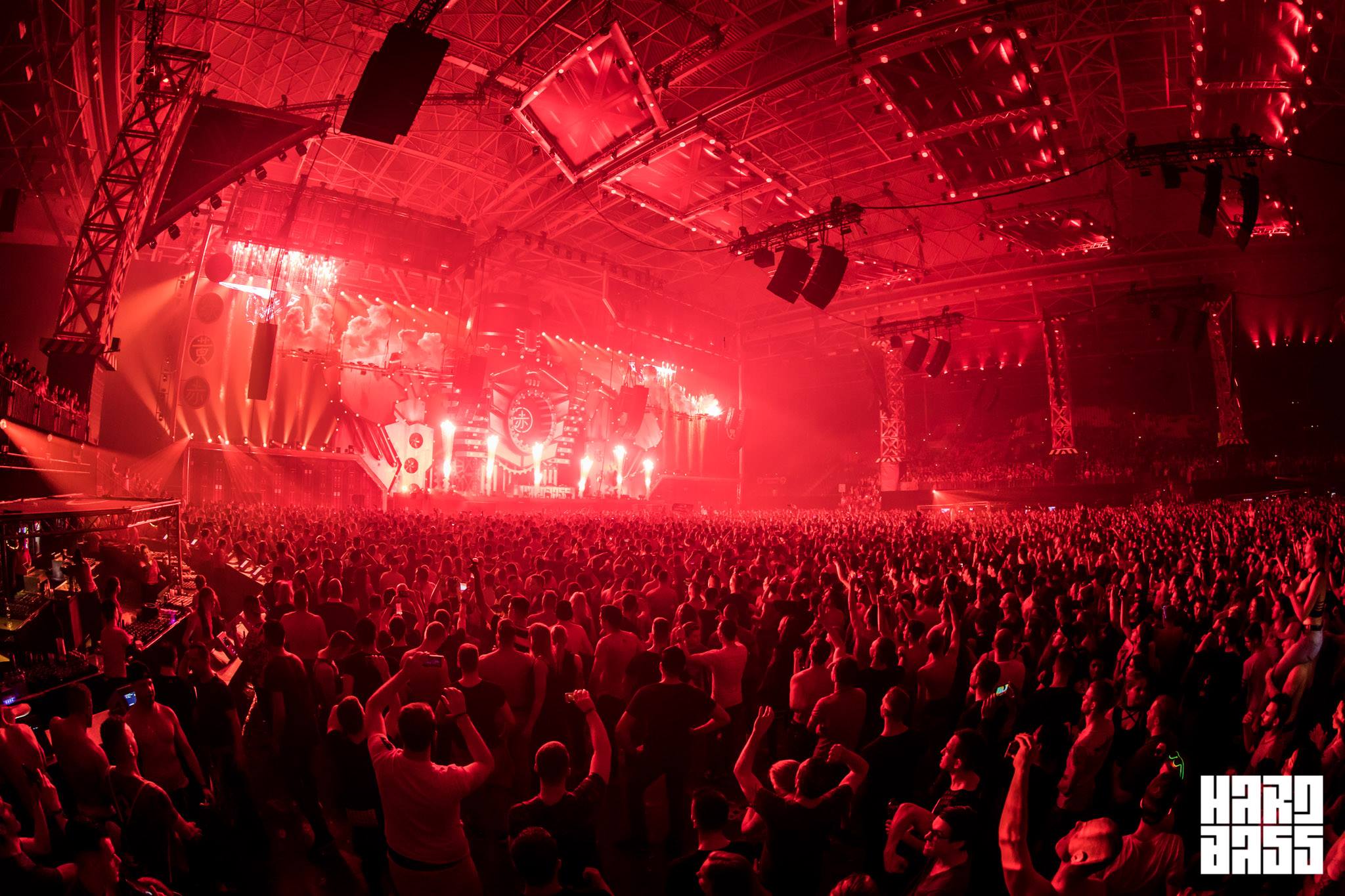 This edition of Hard Bass was incredibly good and noticeably better than last year. The atmosphere was great, sets were above expectation and the decorations/stage were on point. I was pleasantly surprised by b2s and I hope they will continue capturing an atmosphere like this.

Decibel outdoor takes it to the extreme with SAVAGE SUNDAY

For the first time, Decibel outdoor introduces SAVAGE SUNDAY. On the 21st of August, the citizens of the Loudest City on Earth can take it to the…

None other than D-Sturb is responsible for the Decibel outdoor anthem this year, which is finally allowed to take place again after 3 years. ‘Break Free’ already…