READ: The biggest festival stages during the day and night

Willem Rebergen, better known as Headhunterz, and Diederik Bakker & Stefan den Daas, better known as D-Block & S-te-Fan, had a conversation on Twitter about a possible collaboration. Headhunterz asked what hardstyle need at the moment and D-Block & S-te-Fan answered the following: “a hhz x dbstf collab”. Willem reacted that collaboration sounds like a very good idea. The gentlemen have not officially announced if this collab is really coming so far.

A collaboration between three legends in the scene

The question is if this collab is really coming, but after this conversation there is a chance. Below you can read the conversation between Headhunterz and D-Block & S-te-Fan. 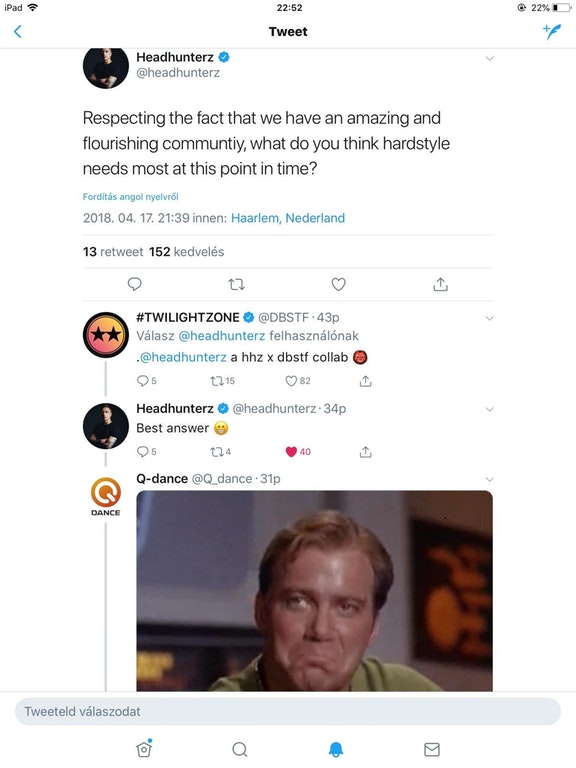 Omslagfoto via Facebook-pagina Headhunterz and via Beatport.

Good news for Defqon.1, because Q-dance and Walibi Holland have just announced that they will continue the collaboration. Also for the next 10 years the biggest harder…