Is hardstyle dead in the US?

A few days ago, an article appeared on the website of Insomniac, organizers of all the EDC festivals, in which they discussed the upcoming genre called psytrance in the US. They also talked about Hardstyle in the US. This is what they had to say about it: “we’ve seen genres explode onto the mainstream, only to nosedive into oblivion just as quickly. For many, hardstyle in America fell victim to that fate.”

Insomniac talked to Astrix, a psytrance DJ. This was his reaction on the quote about hardstyle falling into oblivion in the US: “Hardstyle is a very ‘easy’ genre to produce, and I think there were a lot of low-quality productions that flooded the market, and people just lost interest.”

The statement is clear, hardstyle is dying in the US. Astrix states that people have lost interest in the genre, but have they really? One thing is certain, we disagree with him. On a weekly base, hardstyle artist travel to the US in order to spread the genre and bring the joy of hardstyle to the American people.

Last year, Belgian top producer DJ Coone did a full on American tour with his new album ‘Less Is More’ and this year non other than Atmozfears is doing his ‘GATE’ tour througout the US and even Canada and Mexico. Last weekend he started his tour with 3 gigs and will do 6 more in february. So hardstyle is not disappearing from the US, it is growing, with more and more artists who are starting to perform there and doing tours.

A lot of artists have already made the trip to the US in the last couple of months. The live-act Minus Militia, Radical Redemption and Angerfist have performed at Basscon early this year, DJ Thera performed at UNION in Los Angelos and even created an anthem for the show, and TNT, aka Technoboy ‘N’ Tuneboy, even had their 15 years anniversary at the Belasco theater in Los Angelos. All shows were completely sold out. 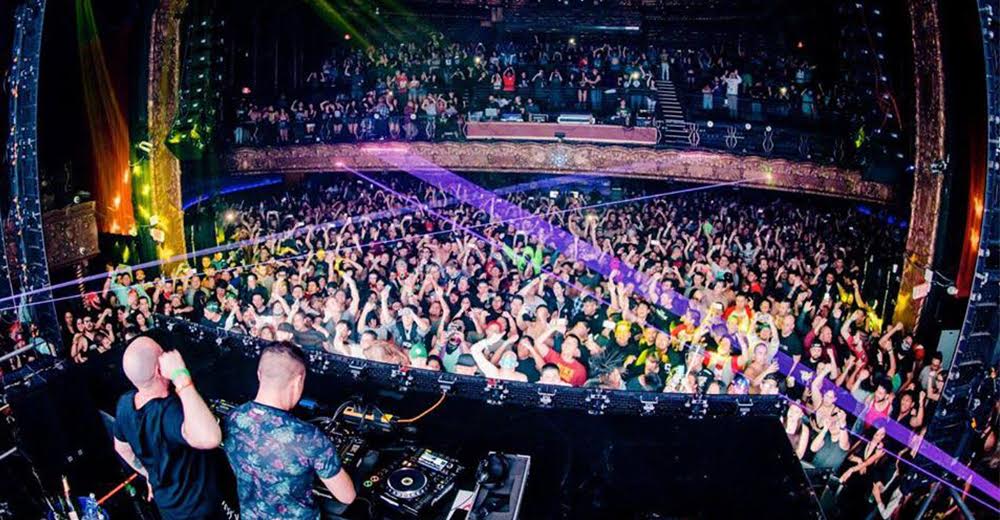 Then there is the question if hardstyle is easy to produce, like Astrix point out in the Insomniac article. In an interview we held a while back with Hardwell, two times DJMag top100 best DJ of the world, he states that hardstyle is a very difficult genre to produce: “It is a very difficult genre to produce. My appreciation for hardstyle producers has always been very high, because these guys are able to make to most out of their ideas and sounds.”

Back in 2014 we also witnessed the conflict between Deadmau5 and Wilstylez, where Deadmau5 accused Wildstylez of copying his track. Deadmau5 than said he would produce a hardstyle track within an hour. A lot of people agreed on the fact he kind of messed up. So it really isn’t that easy after all. This doesn’t mean hardstyle is the most difficult genre to produce, but it definitely is not easy either. It is just a matter of opinion.

in the studio on http://t.co/0YuJ4SG8Sz lets make a hardstyle track YAY! should only take about an hour.

“On the stream, the Mau5 had some struggles. He was under the eyes of a good majority of professional hardstyle producers who were watching him make classic rookie mistakes in producing the genre.”

What can be concluded from all this is that hardstyle is definitely not a ‘dead’ genre in the US. More and more DJ’s travel to the US, but also Canada and Mexico, to promote hardstyle and spread it around the world to make sure people get in touch with this amazing musical genre.

‘Ultra Miami was definitely ready for some Hardstyle’

Welcome to the world of hardstyle, Ultra! After more than 20 years, Ultra Music Festival not only welcomed hard dance artists to the line-up for the very…

The Elite about their brand new album: “5 months of hard work has lead to this moment”

The Elite are about to release their first album together: exactly 2 years after Coone, Da Tweekaz & Hard Driver started their joint live-act. With 11 tracks…

Tomorrowland 2022 gets approval to expand to 3 festival weekends

Tomorrowland sees a wish coming true and can open the gates of the festival for no less than 3 weekends in 2022. The province of Antwerp has…