Musical Madness will be celebrating its 15 years of existence in a huge way, as can be seen from the line-up that has just been announced. With no fewer than 14 of the biggest artists of this moment (including Headhunterz and Rebelion’s Overdose), the German organization is going big for the upcoming anniversary with a brand new event: APEX.

While Musical Madness started 15 years ago as a ‘just-for-fun project’, it has now grown into one of the largest organizations within the harder styles in Germany. Every year, Madness welcomes thousands of fans through the well-known events, club shows in Bootshaus and hostings, and this impressive legacy will be celebrated at APEX. “Our biggest madness show so far.”

The APEX line-up has just dropped and it already gives an insight on how big the anniversary is going to be. The debut of the event kicks off with the biggest names, such as D-Block & S-te-Fan and Ran-D vs. D-Sturb. Check out the full line-up below. “With this show, we’d like to say THANK YOU: To the community, to all the artists, to the most dedicated scene. To everybody who contributed to this project in the past 15 years. To all partners, colleagues and friends. We’ve come a long way altogether.”

APEX will be the biggest Madness show yet: “Do you dare to enter our reality?”

APEX – 15 years of Madness will take place on Saturday the 5th of March 2022 at the Maimarkthalle in Mannheim (Germany). Tickets for this anniversary are now available via the official website of the event. 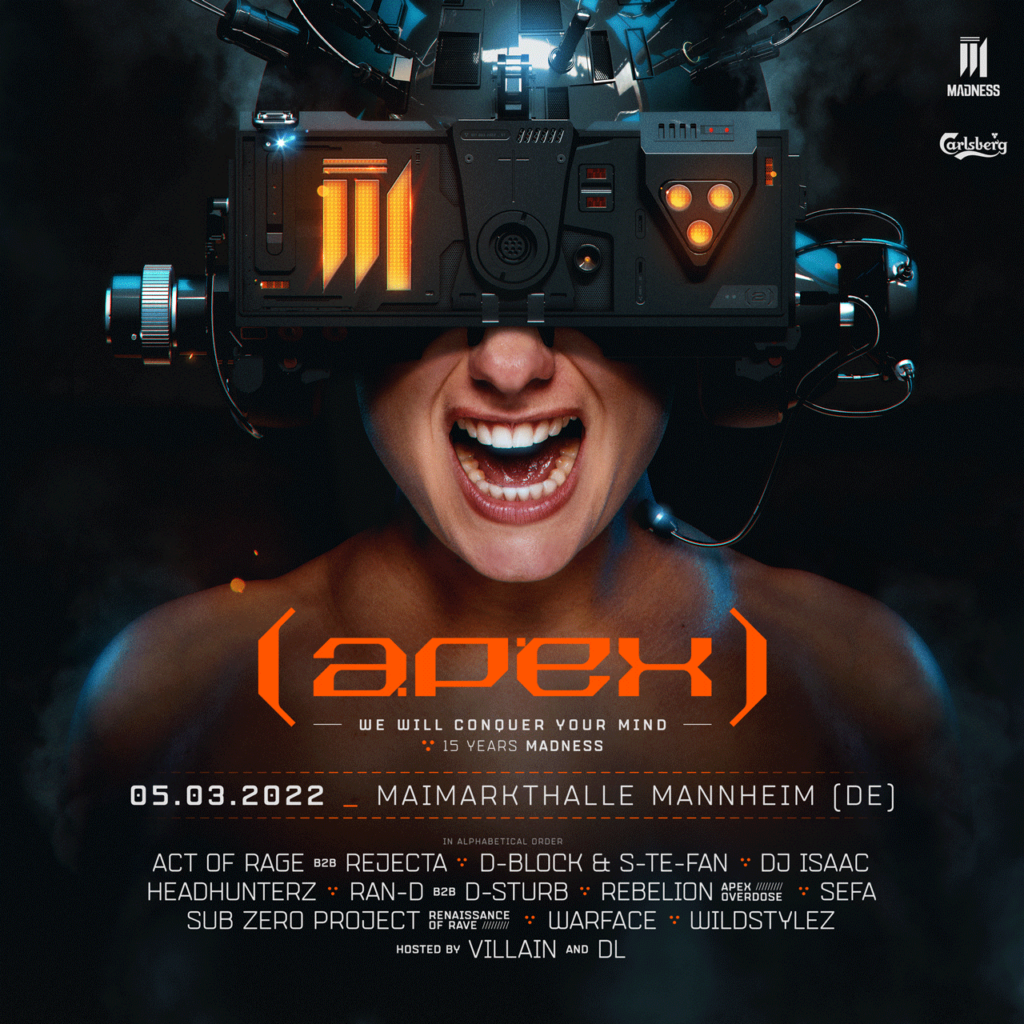 Musical Madness goes all out to celebrate the 15th anniversary of one of the most famous harder styles organisation in Germany. During APEX, an unprecedented line-up is…