The wounds of canceling Qlimax The Reawakening are still quite fresh, but despite the little preparation time, Q-dance still offers an extensive alternative. The full line-up of the original event is even featured during Qlimax Distorted Reality and is free for everyone to watch.

The GelreDome was already in the works for Qlimax The Reawakening (being the largest hardstyle event since the outbreak of the pandemic), but due to the corona measures announced last week, the organization was forced to cancel the event. A major setback for anyone who likes events, but Q-dance quickly switched for an alternative.

A livestream had to be arranged to make the best of a bad situation. During this ‘most challenging livestream experience ever’, the organization switched quickly and brought a full-day program to people’s homes. It is nice to mention that all artists of the ‘actual’ Qlimax 2021 line-up immediately answered “yes” to the question whether they want to participate in Qlimax Distorted Reality. This way, the original line-up could be completely taken over.

Qlimax Distorted Reality will take place on Saturday 20 November 2021. The complete program can be viewed for free via Q-dance Network and is therefore available to everyone free of charge. 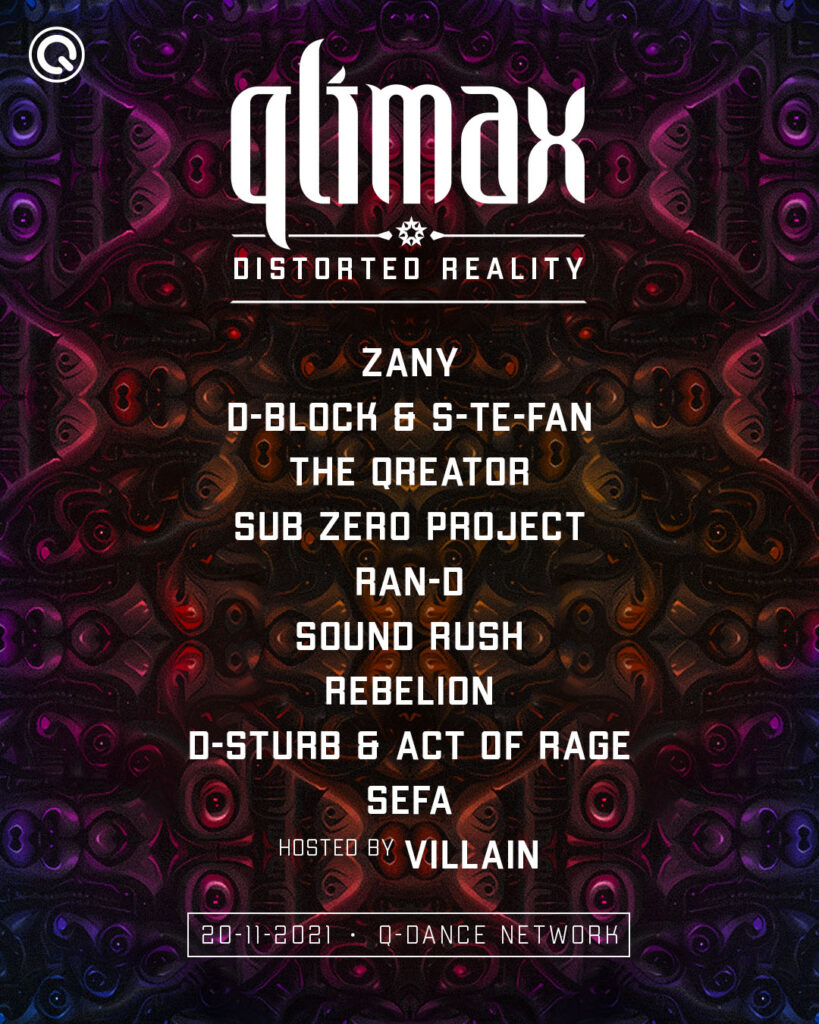 Sefa once again pushes the boundaries within the harder styles. Not only will he and Q-dance finally release his long-awaited Opening Ceremony show, but his documentary ‘Sefa:…

Rebelion gets their own X-Qlusive in AFAS Live

The word is out: the men of Rebelion get their own X-Qlusive. After several teasers, the new milestone of the Scots has just been officially announced by…