The biggest names in the scene, two area’s and the famous mainstage in the middle of the Ziggo Dome, make QAPITAL a must for many raw hardstyle lovers every year. After the organization announced earlier that it would introduce a brand new show experience this year, the complete line-up for the event is now also presented.

“Together with you, we will give birth to a brand new show that revolves around the unbeatable sense of unity that QAPITAL is renowned for”, the organization announced earlier, aiming on a brand new experience in which tracks selected by fans will be presented in a new show this year. Q-dance also announced that they would come up with the most extensive line-up in the history of the event: “From our founding fathers and today’s undisputed RAW heavyweights to the next generation leaders.”

Several dedicated fans have already received a letter last week, in which some artists have already announced that they will be on the QAPITAL line-up this year. In the meantime, the organization has announced the complete line-up of the event and this year, the artists will take place in five different ‘Alpha-teams’ behind the turntables. View the complete QAPITAL | line-up below The Alpha State.

“From our founding fathers and today’s undisputed RAW heavyweights, to the next generation leaders”

QAPITAL | The Alpha State will take place on 4th April from 22:00 till 07:00 in the Ziggo Dome in Amsterdam. Go to the official website of the event for tickets and keep an eye on their socials for more information about QAPITAL. 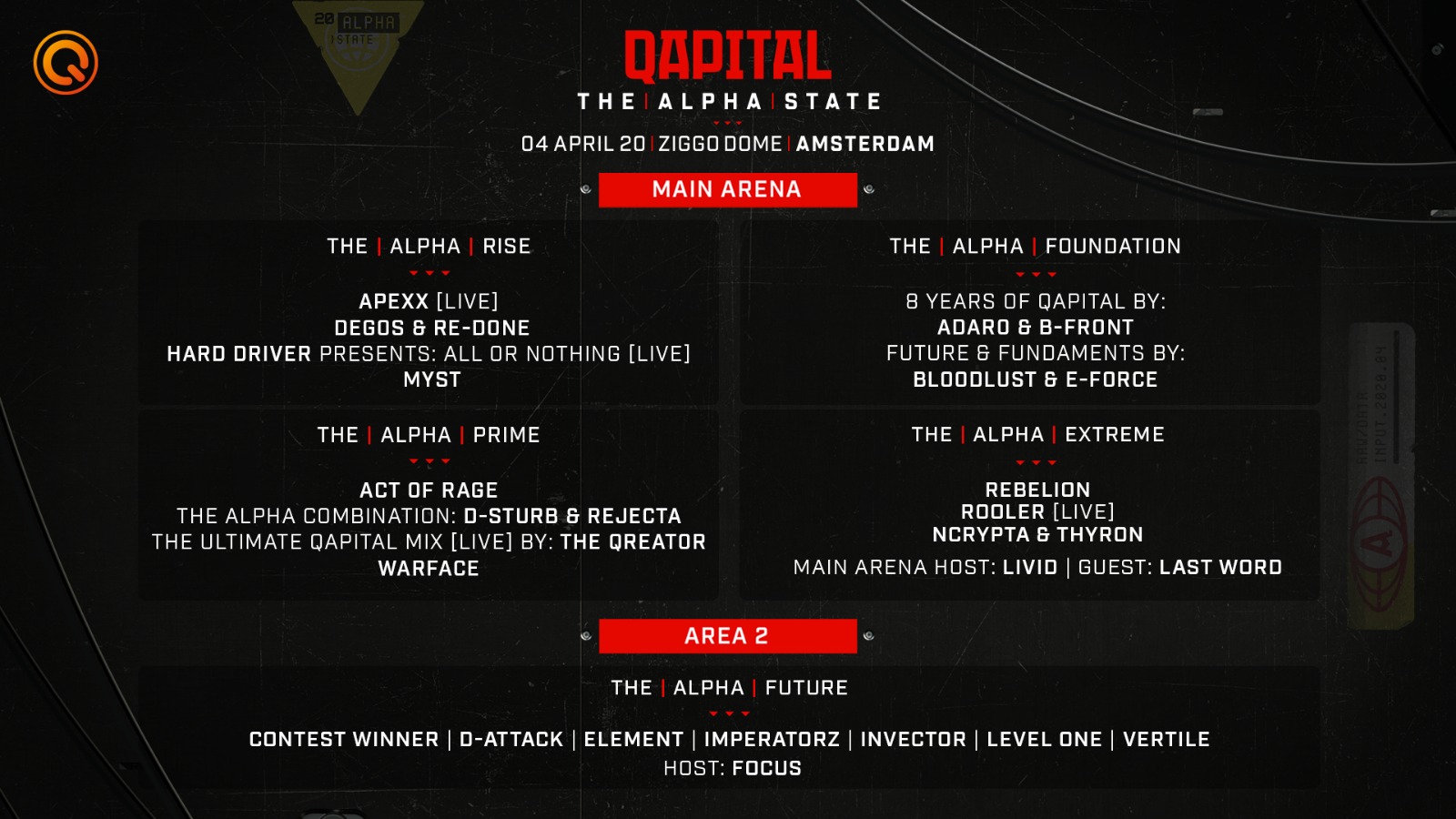 The Qontinent goes all out for ‘Breaking Boundaries’

The Qontinent is counting down full of enthusiasm: only 1 week to go until Belgium’s largest harder styles festival can finally open its gates again for tens…