“It’s coming to your face and it leaves no trace, it’s my big… fat… HARD BASS!” Last Saturday it was time for the very final edition of Hard Bass: The Last Formation. An unique event and well-known in the harder styles scene. After ten years at the GelreDome it was time for the final goodbye. I’m taking you with me to the night of February 9th, when we celebrated the last Hard Bass ever.

Hard Bass opened the doors of the GelreDome for the very first time in 2009. Before that, the event was held several times at locations like Tropicana, the Silverdome and the Jaarbeurs. In all these years, Hard Bass has had many leading moments in the hardstyle scene, not to mention all of the live-acts that have found their origin at the event and all new tracks that have been premiered here. With 5 teams and one extra set b2s went big for this very last edition, and this night promised to be one to remember.

When we entered the huge terrain of the GelreDome, we were quite nervous and realized this would be the last time we would we able to enjoy Hard Bass. We were also in a great hurry to witness the opening of Zany, this hero would perform at Hard Bass for the 15th (!) time, this time to play some of the most brilliant classics. After we stuffed everything in our lockers as quickly as possible, upgraded our wallets and grabbed our first drink of the night, we could luckily still enjoy this set for 10 minutes. 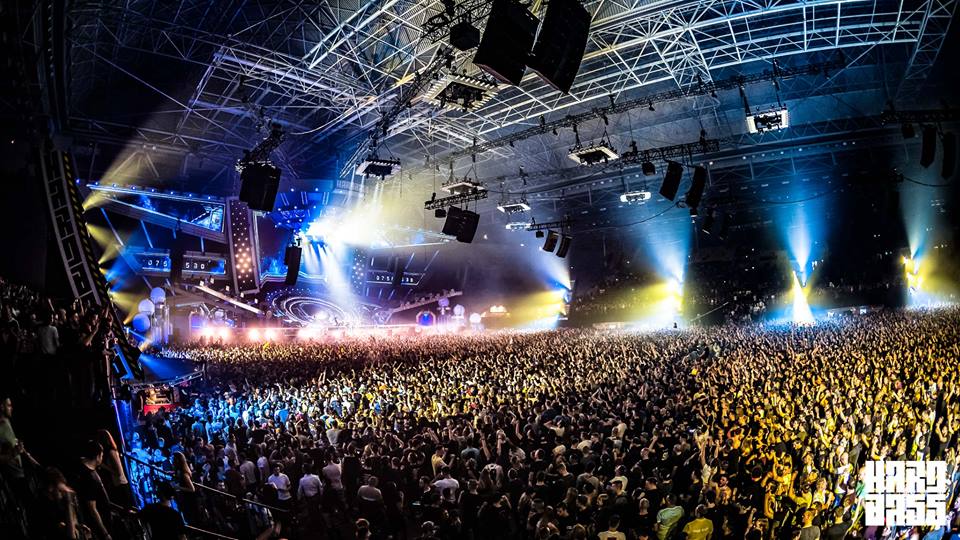 By then, it was time for one of the most beautiful things about visiting events at the GelreDome: entering the stadium. When you enter the stadium and see the stage for the first time surrounded by thousands of people, you experience a moment of ultimate happiness. I don’t know how, but every time I enter the stadium, the first song I hear is a legendary one. This time we entered the stadium with ‘Pounding Senses‘. Happy as ever we made our way to the floor to admire the last opening of Hard Bass.

Let me start with my compliments for this years’ stage. Normally the stages of Hard Bass are kind of ‘flat’, but this year the stage stretched out into every corner. Besides that, they also created a walk of fame to guide the DJs to the booth in style. During the opening, you could  clearly feel this ‘very last time’ atmosphere, which was further enhanced by the words that echoed through the GelreDome:

“This is where we once met. The legacy that we built reaches far behind our sight. It is imperative to make sure it endures. Tonight we set out to retrieve, store and secure the fragments of our story, and take a leap by sending them into eternity. It is time to engage the last formation: Hard Bass.” 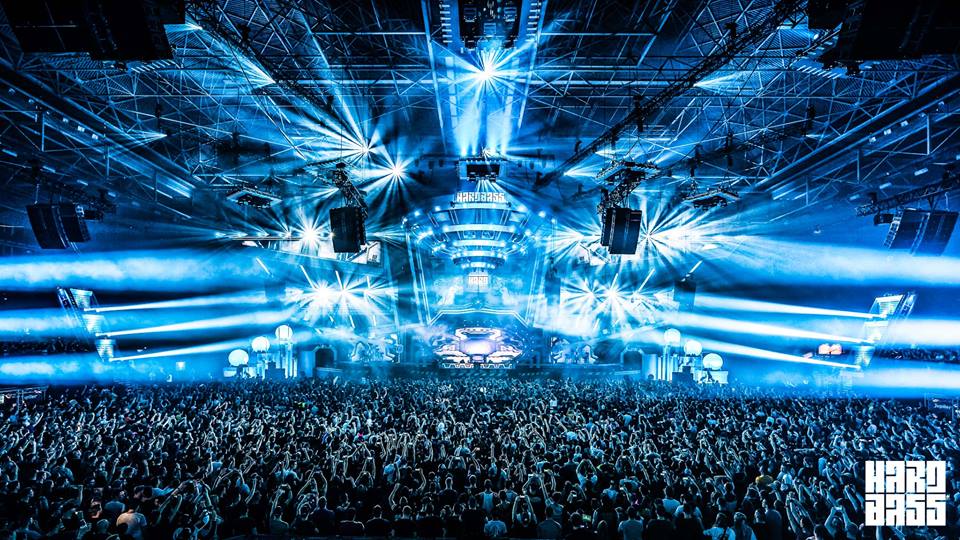 After heavy cheering and whistling of the crowd, it was time for the first part of Team Blue to enter the stage, consisting of Coone, D-Block & S-te-Fan and Wildstylez. This 5 star formation made sure they had the enitre GelreDome screaming and singing with them within only a few minutes. With tracks like ‘Ressurection’, ‘Gave u my Love’ and ‘Superman’ it was a singalong for the crowd. ‘Twilight Zone’ and ‘Legends Never Die’ led to some highlights of this set. Although everyone was still looking for their spot and was bumping into each other, you could still notice how wonderful the atmosphere was so early on.

To follow up this beautiful set, we could enjoy none other than Headhunterz Live. He played a lot of his own tracks like ‘Destiny’, but he made this set even more special by inviting the guys of Sub Zero Project into the booth. Together they played their famous collab ‘Our Church’ and had a world premiere of the follow up ‘Amen’. That new track was really appreciated by the crowd. Headhunterz is one of the pioneers of the scene and that reflected to the enthusiasm that was spreading through the stadium.

Maximum atmosphere and a perfect show during Team Green

After this it was time to carry on with the first part of Team Green, which was formed by Noisecontrollers, Atmozfears and B-Front. Again a great formation that certainly succeed to all the expectations. Among others, ‘The Paradox’ was an absolute highlight, but also ‘Het Gevoel Van’ could not be missed. At that moment, b2s shifted to the next gear with the show elements. The lasers that lighted up the GelreDome were astonishing! We were lucky to witness this show from the stands while we were eating. The overview of the whole show with all its elements was really amazing. 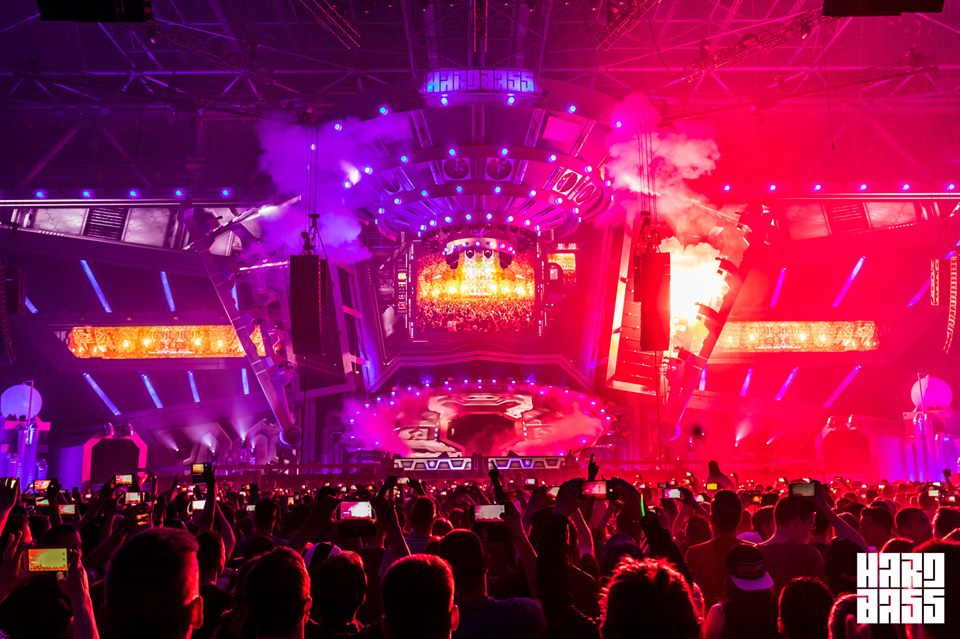 We hurried down to be part of Team Green Live-act with the I Am Hardstyle take over by Brennan Heart, Code Black and Toneshifterz. During this set we heard a lof of “aaaah” and “ooooh”s rising from the crowd during tracks like  ‘Fuelled by Fanatics’ and the famous tracks ‘Lose My Mind’ and ‘Wake You Up’. At the end of the set a mystery guest appeared at the stage, named Aftershock. According to Brennan Heart we will hear more about him in the future. So all in all the set was really entertaining!

At this point the two negative things of this edition of Hard Bass became clear: the pepperspray incident and the heat. Of course b2s isn’t in control of a bunch of idiots who take pepperspray with them, but this is the second time in a row that something like that went down at the GelreDome. Besides that, you could notice this edition was totally sold out, because the heat was really intens. I often had to go up the promenade to take a breath.

Finally, it was time for the extra team, Heroes of Hard Bass, to bring an ode to this big event: “10 years of history in one show”. During this 45 minutes so much happened at the booth, while 12 iconic acts appeared to play their most legendary tracks. Fireworks, lasers, countless of lights and the great atmosphere: this show had absolutely everything. 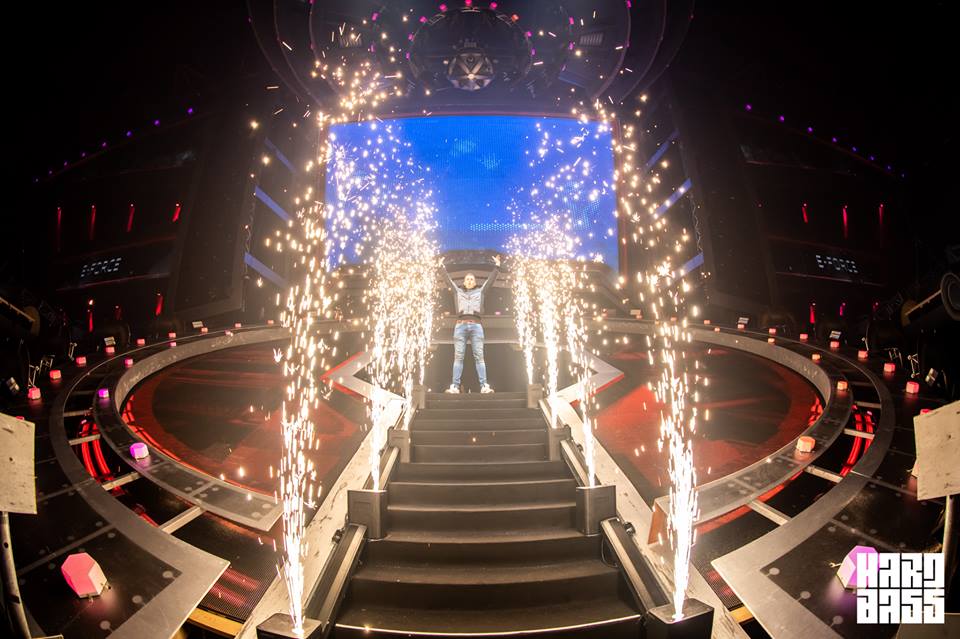 The legendary Donkey Rollers kicked off the show with the Hard Bass anthem ‘Be Amazed’ (best Hard Bass anthem ever in my opinion). Gunz For Hire played the great track ‘Sorrow’, B-Freqz followed with their track ‘Fatality’, Radical Redemption banged ‘The Spell of Sin’ through the speakers and E-Force played his famous track ‘Seven’ again. With all these golden classics I had the ultimate ‘Hard Bass feeling’ and this team was definitely one of my highlights of the last years of Hard Bass! To close it down, Noisecontrollers played his anthem ‘The Last Formation‘ which was accompanied with a lot of fireworks.

An impressive farewell to Hard Bass

After this iconic moment, it was time to kick off the last few hours. The countdown to the end of Hard Bass was displayed at the stage during the entire night. This was a way to remind you to get rid of your energy by raving like you’ve never done before. You could certainly do this during the first part of Team Yellow: Frequencerz, Phuture Noize en Sub Zero Project. With tracks like ‘Renegades’, ‘The Contagion’ and ‘We Are The Fallen’ you can’t go wrong, but also ‘Strike’ and ‘Fire’ were some real highlights and were perfectly combined with the big show. Again everyone at the crowd screamed with the lyrics of the tracks and this went on during Ran-D‘s We Rule The Night Live. This hero played a magnificent set with his number one track of 2018 ‘Hurricane’ and ‘Firestarter’. 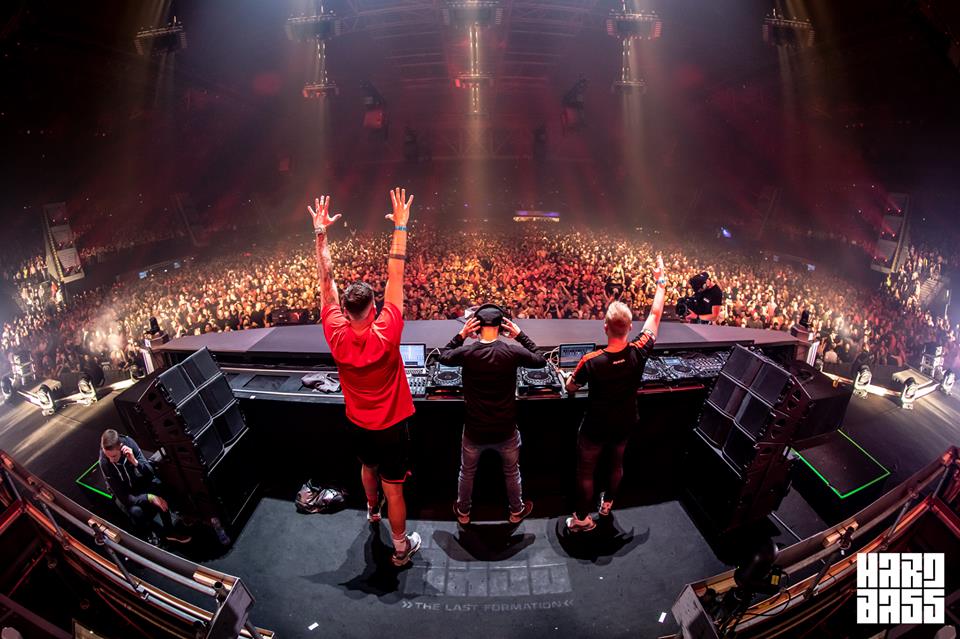 After the first part of Team Red, formed by E-Force, Rejecta and Radical Redemption, the real and heavy pounding had officially started. ‘America’, ‘Followed’ and ‘FTP’ were played, but also a countless of new tracks were dropped by the guys. The best moment of this set was the closing with some real hardcore, that was so much appreciated!

For the live-act of Team Red, End of Line artists Warface, Delete and Killshot had the honor to close down Hard Bass once and for all. Again, the kicks were loud and heavy and during tracks like ‘Disco Weapon’ you were able to enjoy some personal kickroll-shows in the crowd. With ‘Nothing Like The Oldschool’ followed by ‘The Last Resort’ this set ended with a real bang. Hard Bass received a standing ovation from the crowd, after which the final edition of Hard Bass had offically come to an end.

The very last edition of Hard Bass was definitely one of the best ones. With a huge bang, b2s ended the chapter that represents Hard Bass. This unique and well known concept got the final and last ode it deserved. Hard Bass, THANK YOU!