This was Brennan Heart presents I AM HARDSTYLE in Concert: “Partying like we used to during the corona era”

We’ve had to miss it for way too long, enjoying with thousands of other musical lovers to the 150 BPM of our most beloved genre. Last weekend it was finally that time again: in this first party-report since corona we are taking you along with us to the legendary night of Brennan Heart presents I AM HARDSTYLE in Concert!

The event industry will definitely add 2020 to the history books, but not for all the right reasons. The outbreak of the coronavirus made sure our dear festival season was completely cancelled: no events you’ve been looking forward to for months, no more walking the festival grounds for countless of hours with your favorite people, and no more losing your heart to the musical highlights being blasted through the speakers.

Luckily there have been several alternatives over the last couple of months – like drive-ins, boat parties, private- & all-sitting events for 100 people – that provided musical lovers with an escape from reality in these crazy times. Last Friday it was time for another one of these alternatives, a truly massive one! On the 14th of August we were on our way to the to the Ziggo Dome, extremely excited for the one and only I AM HARDSTYLE in Concert.

Partying at 1.5 meters distance isn’t all that bad!

Leading up to the event, everyone was very curious to find out how the concert would be organized: what’s it like to visit such a big event during corona? To make sure everything would be corona-proof, when entering the venue there was a short health check, you had to disinfect your hands and there were obligated walking directions. Of course this was a little different than we’re used to, but entering the dome felt just as amazing (a lot better actually) as it did before. FI-NAL-LY we could party again, what an epic feeling! 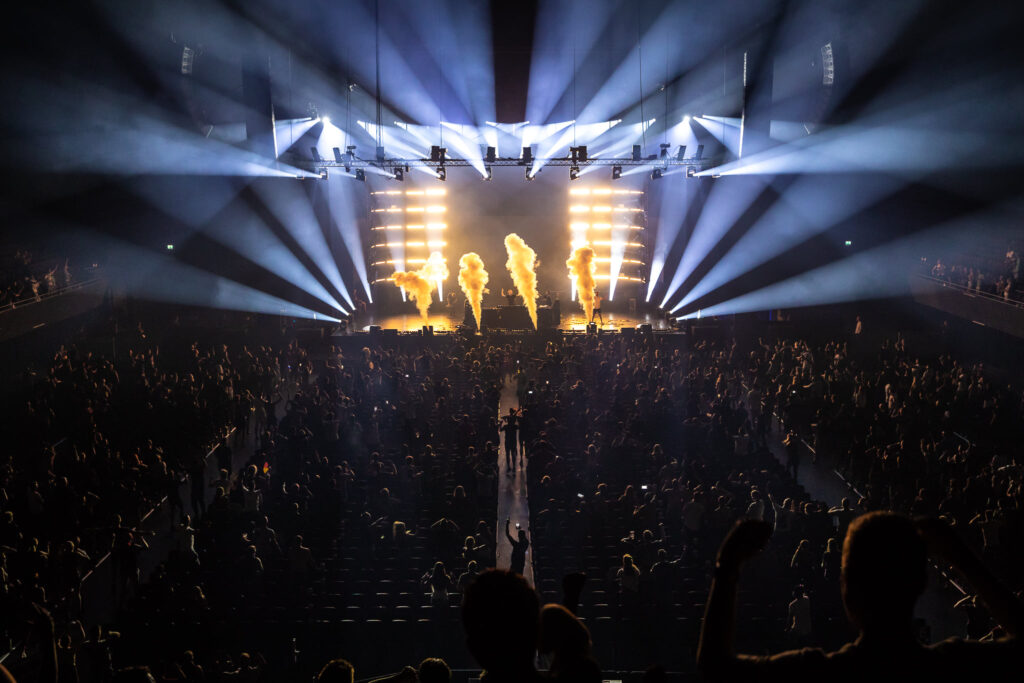 The Ziggo Dome was completely filled by rows of folding seats, which were alternately occupied by groups at 1.5 meters distance. So you did have your own seat number, but you didn’t have to sit down – you were free to party as hard as you could in front of your seat. And… we could think of quite a lot advantages for these obligated places during an event!

In between the folded seats you could precisely fit a drink or a bag, if you partied yourself a little too out of breath you could very easily rest for a bit, and you really never have to lose each other again. No more “left at the front” but “we’re on the 8th row, seat 9 & 10″. Honestly how great is this? Sure, it’s not what it used to be, but personally I could get used to this without any problem. 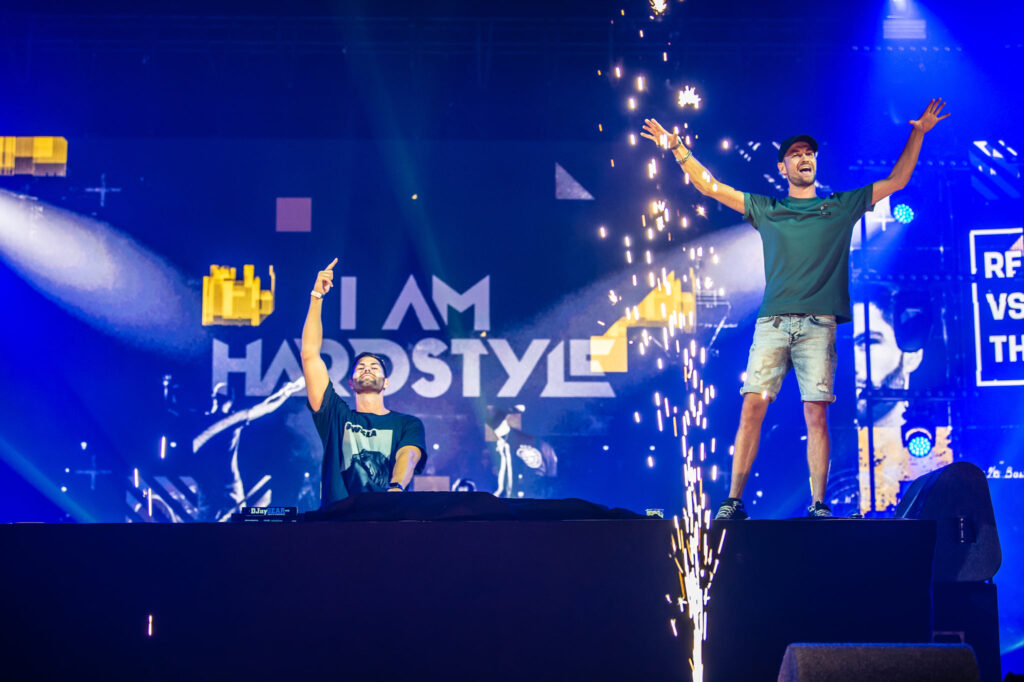 By now it was time for the very first set of the night: the grand opening by none other than Rebourne versus The Pitcher. Two heavyweights when it comes to euphoric melodies, which were blasted through the Ziggo Dome from the first moment. From ‘Love On Fire’ and ‘I Want You’ all the way to the remix of Nickelback’s ‘How You Remind Me’, this was pure and utter enjoyment just like the good old days. What also stood out was how grand the show already was at the beginning of the night: there was no holding back on fireworks or lasers!

Next up was the second set of the evening, but not before we got another round of drinks. This was surprisingly easy and fast: since multiple bars were opened you never had to wait, and you could pay by card so there wasn’t any need of physical contact – very well done! Since we were back at our places in no-time because of the seat numbers, we could still join in on cheering for MC Villain when he announced the next two Australian heroes: Toneshifterz versus Code Black. 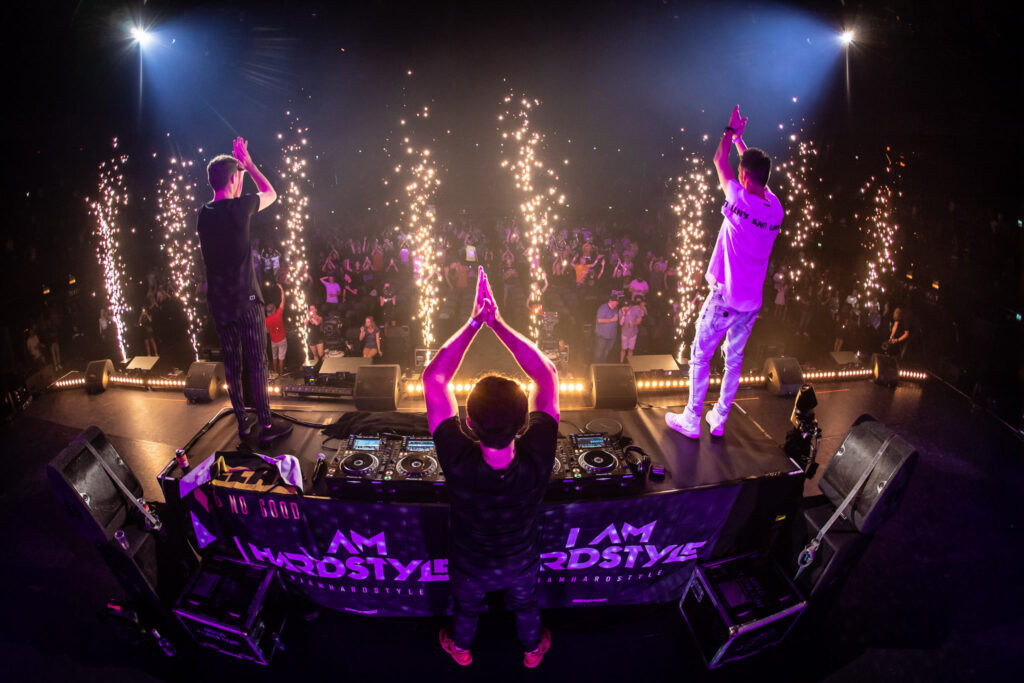 These two men also played a great set, with bangers like ‘F*CK YEAH’, ‘Reputation Game’, ‘Brighter Day’ and the well-loved ‘Pandora’. The gentlemen also had another surprise up their sleeves, since they invited none other than Atmozfears to join them in the DJ booth to play among others the all-time favorite ‘Accelerate’. The atmosphere was just as amazing as before, and I think I can give no better example of this than people collectively turning down a ‘hee-hoo’.

Loads of surprises with the man of the hour: Brennan Heart!

After these 2 great sets it was time for the man of the hour: Brennan Heart. He definitely did justice to this title, it was a true spectacle! Not only did golden tracks like ‘Imaginary’ made sure the Ziggo Dome regularly lit up with flashlights, but also the surprises were flying left, right and center. One moment Jake Reese came to let his ‘Lose It All’ be heard, the next moment Jonathan Mendelson suddenly appeared on the stage via FaceTime to sing along with us, then Max P came up to blast his ‘Fight For Something’ through the Ziggo Dome, and in the meantime you could tear up during an extremely romantic proposal. Quite the mouth full, but man you could feast your eyes during this set! 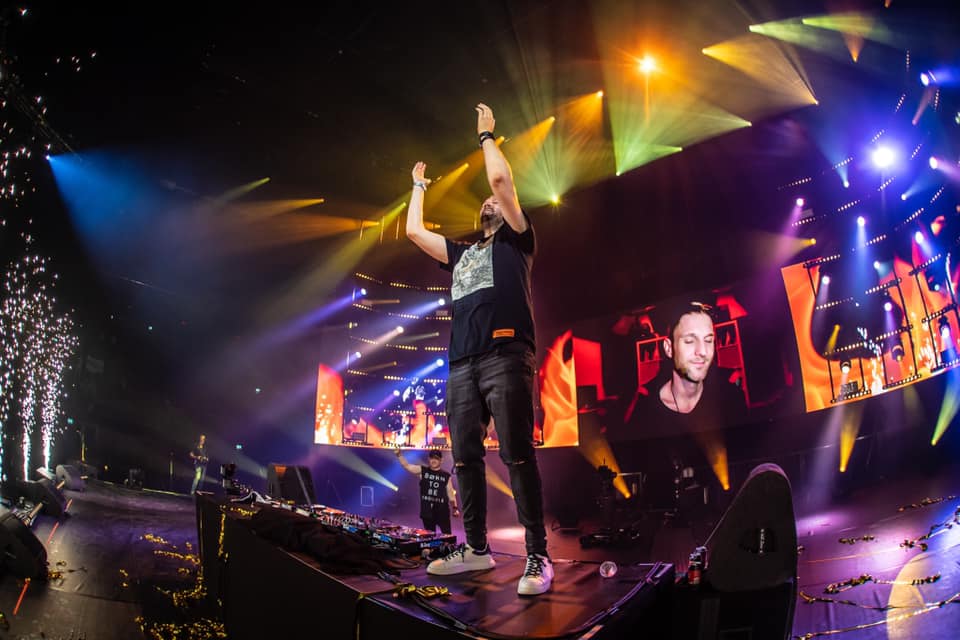 Something else we could notice very well as the night progressed, was that not only the visitors but also the artists were extremely emotional. The happiness of them being on stage again clearly showed, and this really made the night even more special. Of course this feeling continued just as much when Dailucia took her place next to Brennan Heart behind the decks, and enthusiastically played tracks like ‘Forever Young’ together.

Meanwhile we also glanced at the time, which actually was quite a bummer since we only had one hour left. Even though the concert lasted a good 4 hours, I think I speak on behalf of everyone when I say we could have continued many hours more. That feeling of “we can go again” has never been more powerful, and it was very clear all visitors wanted to make every second of this beautiful night count!

“For eternity I saw the world crumble, for you and me…”

After this duo it was time for hardstyle hero B-Front to take place in the booth. As you would probably expect, this set was completely filled with musical highlights: from ‘The Solution’ and ‘Elektronic Symphony’ all the way to ‘Beautiful Fantasy’ and ‘The Paradox’. All visitors were clapping and singing along like crazy, which ensured a good amount of goosebumps. With this amazing atmosphere this was truly one of the best sets of the night! 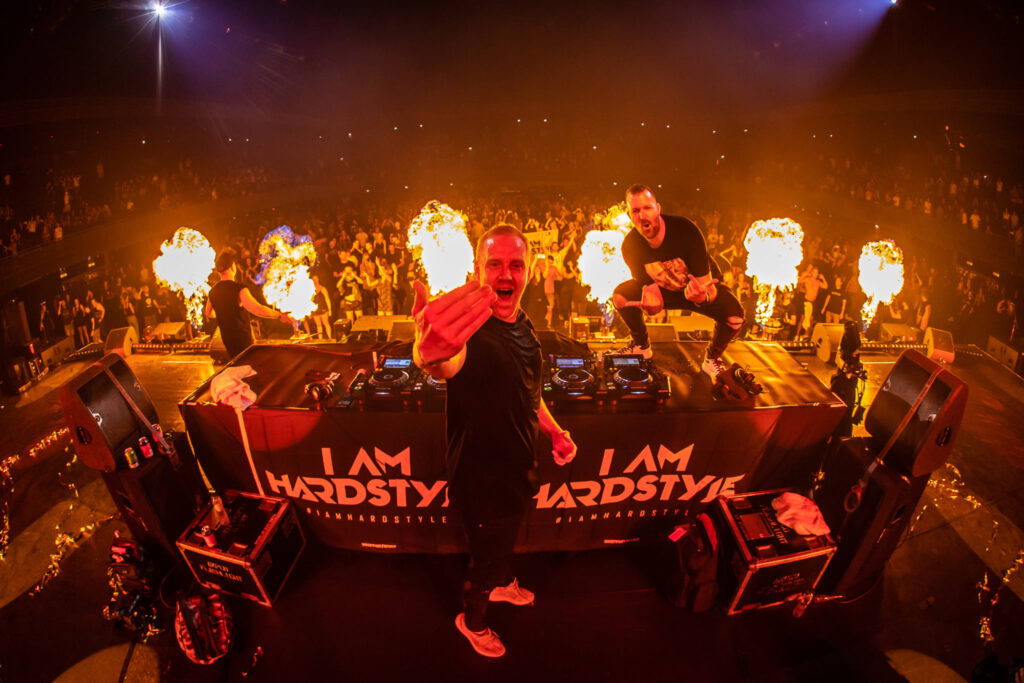 The final 15 minutes were all about the All Stars, in which all the artists united at the stage to close down the night. The feeling of togetherness reached sky high, while we lost our last energy to ‘Oh My’ and ‘Nothing Like The Oldschool’. A huge applause that filled up the Ziggo Dome represented the ending of I AM HARDSTYLE in Concert, that brought back partying like we used to in the most legendary way during these corona times.

We just really needed this night: for the organisations, the artists, and of course for the die-hard lovers of the music. An escape from the crazy reality of the last couple of months, which provided amazing sets and above all an extraordinary atmosphere. Like Brennan Heart said: “There’s only one word to describe last night: LEGENDARY!” And now… we wait for the next one! 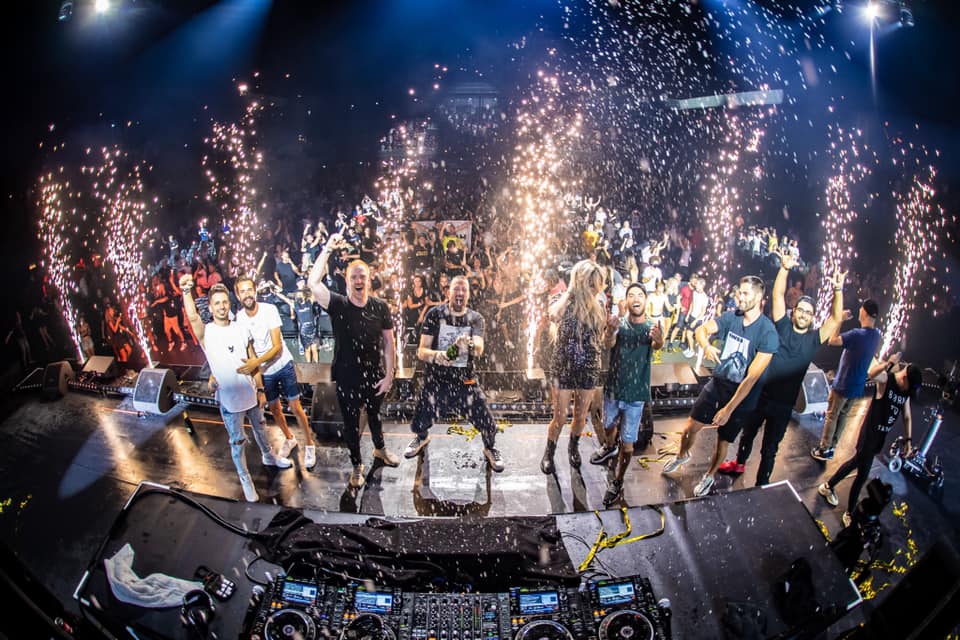 Footage via Facebook-pagina I AM HARDSTYLE