Kingsday, where the Dutch celebrate the birthday of their king nation wide, is almost around the corner and HARDFEST has picked a very special closing this year. Angerfist and Warface performing together for the very 1st time on stage and will close down the mainstage. “We just know that people are going to find this combination really interesting.”

The men of Warface and Angerfist joined forces for the first time back in 2018, to make a track and this turned out really well. “Next to all the laughing and kidding around, we worked for hours to make a sick track.” When the organization of HARDFEST came up with the request for Angerfist LIVE vs Warface ‘Heavy Artillery’, both sides were instantly very enthusiast. “It’s gonna be sick, no doubt about that.”

“A new challenge to perform in this formation”

Three men strong, the closing act on the mainstage consists Angerfist, Warface and MC Prozac. It’s the first time that they (all three of them wearing their masks of course) will perform as a squad. “It’s gonna be a new challenge to perform in this formation. Raw hardstyle and hardcore grew to each other through the pas years and that’s why the genres are fitting so well. We’re gonna lock ourselves up in the studio for one day to prepare the entire set. It will be a combination of both styles for sure with a streamlined structure. This requires much creativity and that’s why we are curious about the reaction of the crowd Saturday.” 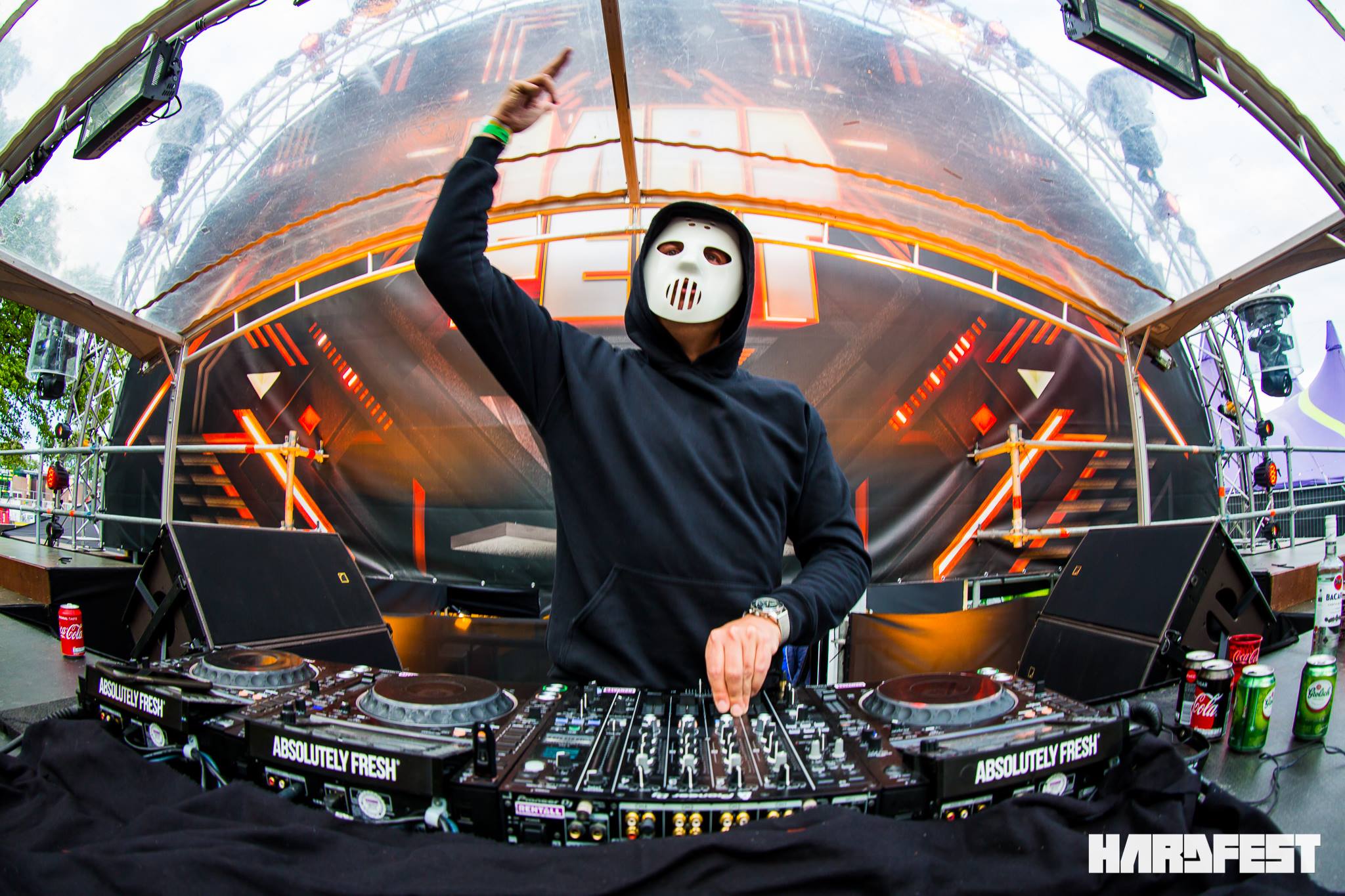 “We said yes right away when Hardfest came up with the request!”

Angerfist will be playing for the third time in a row at the Kingsday festival and Warface will do that for the sixth time already. So the DJs aren’t strangers of the event and didn’t hesitate for a second. “We think that both the hardstyle and the hardcore audience will find this combination very interesting, since Angerfist comes from this area and Warface is a well-liked act down here.”

This was the first festival where Warface was booked on this national holiday. “This boosted my career a lot in my beginning days as Warface for sure.” HARDFEST is special to Angerfist and MC Prozac because of a whole other reason, since they’re from this region. “It’s a real home game for us, the crowd is great and the atmosphere is good. People from Enschede know how to make a party.”

“This is one of the best days of the year”

Kingsday is a busy day for the artists, since there are lots of festivals that take place on this day. The three artists all have an own tour schedule and Warface is taking home the crown when it comes down to bookings. He has a French edition of his Live For This concept in Paris the Friday before Kingsday, and because of that he has to return to Schiphol at nine o’clock in the morning on Saturday. “I’ve booked a hotel there until two in the afternoon, since I’m not sleeping in the night from Friday to Saturday.” From his hotel, he leaves to perform at four festivals. “Exhausting, but for me personally its one of the best days of the year.” 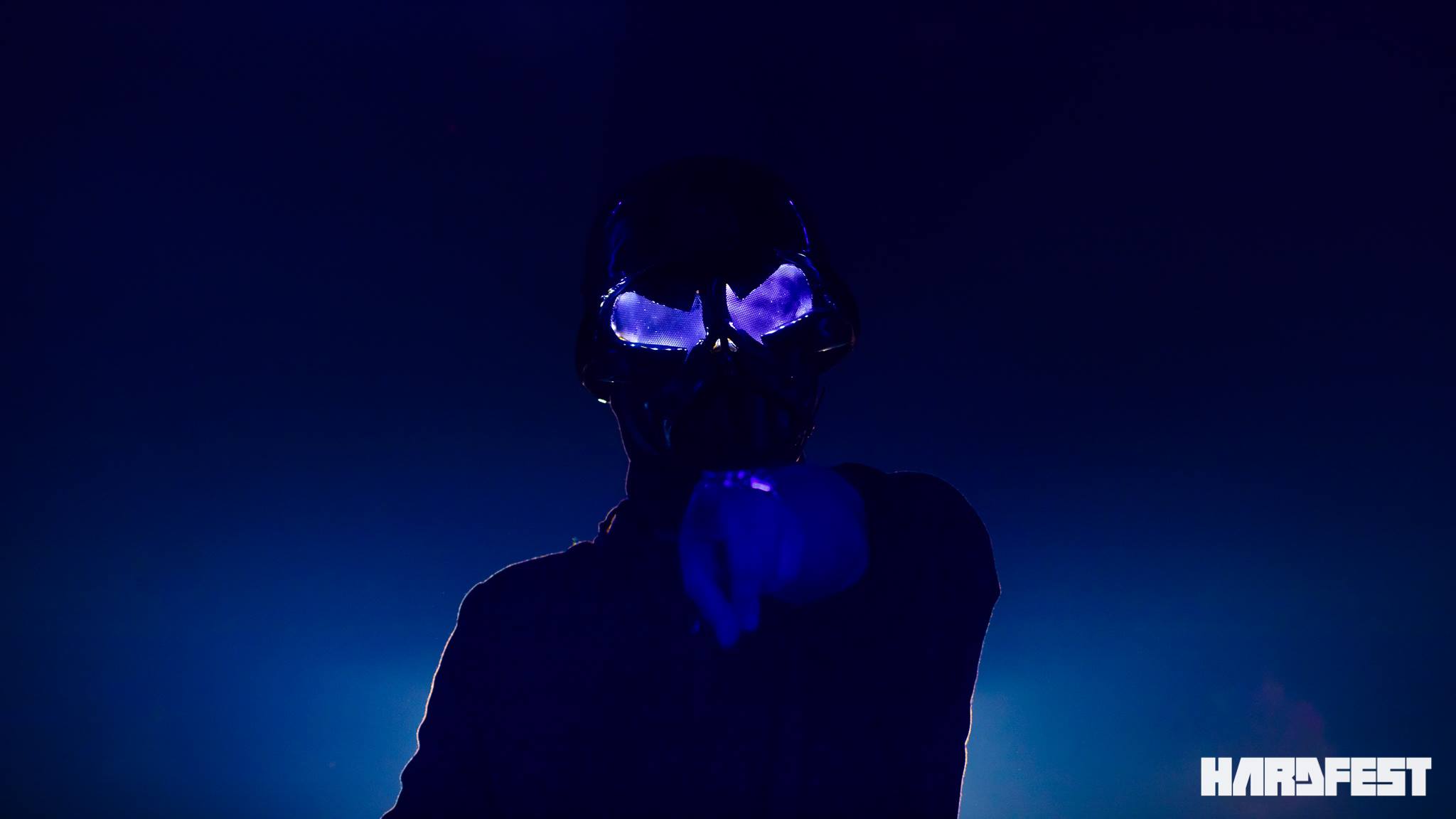 Also Angerfist has to travel a lot this week and therefore he specially takes the time to prepare himself for Kingsday. Besides the live set on the mainstage, he also will be performing a DJ set at the UNITY stage. “I’m back on Thursday after a booking in Italy, but Friday I’ve kept my schedule. My Friday night consists of the preparation of some tracks for the festivals. Next to that, I maybe will watch some Netflix and fry some ‘frikandellen’ before I’m going to sleep.”

MC Prozac, inherent part of Angerfist LIVE, thinks that the atmosphere of the national holiday is extraordinary. “Dutch people are extra proud of their country at Kingsday and that’s worth celebrating. Besides that the Netherlands is the birthplace of the hard dance scene and culture, so this day it’s a double celebration. Everybody dressed in orange and wrecking the place.”

“This will be a very special one this year”

The collaboration between these top shelf DJ’s has proven before it’s a success with their track ‘Number 1’, which was released on the album of Warface. The artists aren’t surprised the combination is working so well, according to Warface. “I think we are on the same line in terms of interests, music level and personality.”

The men of Angerfist LIVE agree: “Despite of the different genres, they’re not that different from each other. The raw sounds and sick kicks of Warface fit the Angerfist sound rally well. So it’s not a surprise we’re going on stage together after our collab.” The artists are excited for their performance, and they recommend everybody to visit HARDFEST and of course Angerfist Live vs Warface ‘Heavy Artillery’. “Get your tickets, because it’s gonna be a very special one this year.”

HARDFEST – Orange We Are 2019 will take place on the 27th of April in Enschede, with a total of three different harder styles areas. For more information, tickets and the full line-up, go to the official website of the event.