Art of Creation is coming up with its own event this year. The label, which is led by Headhunterz, Wildstylez and Noisecontrollers, will show the growth of recent years during ‘Chronicles’ during an exclusive evening. “Those who know the story, will tell you that this is not an ordinary label.”

READ: Headhunterz: “I never expected to find this feeling again”

It has been almost 5 years since Art of Creation was launched by Headhunterz and Wildstylez. In the meantime, Noisecontrollers has also become one of the bosses, and the label has attracted quite a few big names (Sound Rush, Bass Modulators, Aftershock and Sephyx). Also, it has signed 5 talented acts in 1 year on the new sub-label AOC Eternity (Break of Dawn, A-RIZE, JGSW, Final Day and Wiqtory).

According to Art of Creation, it is time to bring the music to life with its own label night, together with Outlaw Events. Art of Creation: Chronicles will take place during the day and will have two different areas with a top notch show. The full line-up remains a secret for a while, but will be announced shortly. “Now it’s finally time to add a dedicated label event to the legacy!”

The 1st label event of Art of Creation: ‘Chronicles’

Art of Creation: Chronicles will be held on November 12 at the Central Studios in Utrecht. Pre-register now via the official website so you don’t miss the ticket sale for next Monday (August 22, 19:00 CET) – this label night is expected to sell out quickly. 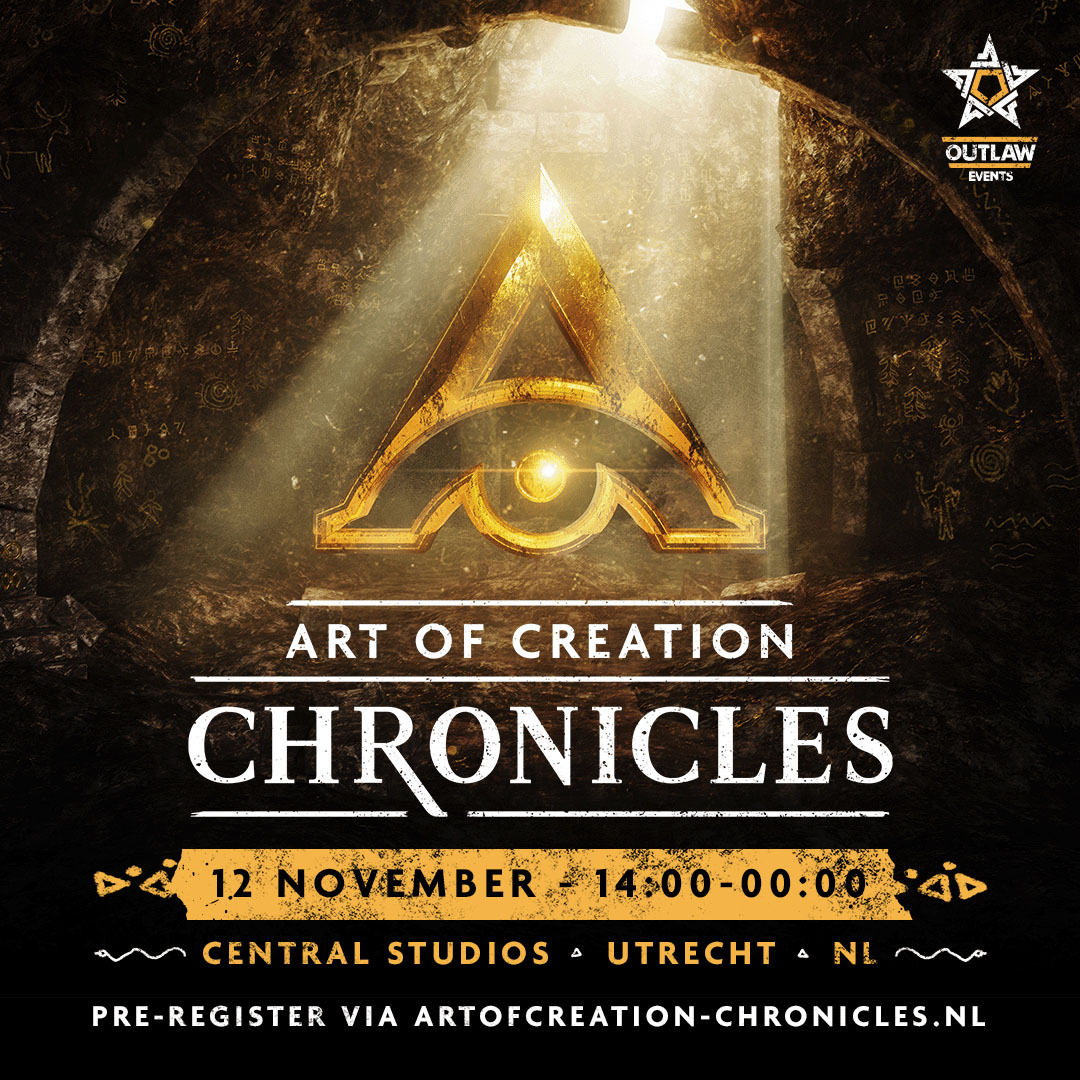