For months Greig Bowles, better known as Caine, has been teasing his fans with short studio previews of his tracks. At the end of 2013 he released his track “Requital” on TiLLT Records, but things soon went pretty dark around this man.

In the deepest of depths he worked hard on his sounds and production skills. But that wasn’t all, because he had also been secretly growing an enormous beard. This beard soon became his personal trademark and people started talking about him more often. He kept on teasing people with short previews of his new productions, which only made them more curious.

A little while back he revealed his plans to release an album. All the revenue would go to the Macmillan Cancer Support, to support them in their fight against cancer. Today he finally made the announcement of his album, and it will reach us a lot sooner than you would think! 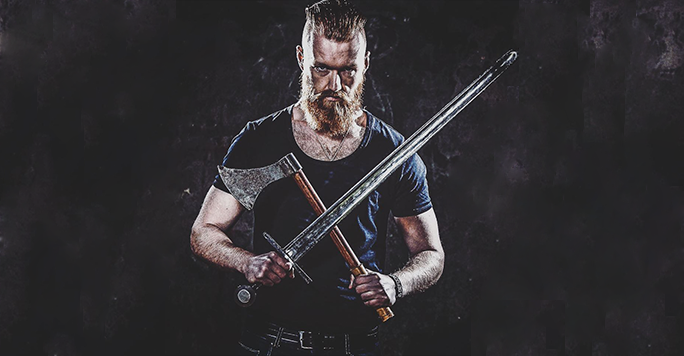 “So stoked to finally reveal my first Album – Requital! its been a long time but the wait is finally over! it will be available for Digital Download on 09/11/15 on Band Camp! All proceedings will be going towards Macmillan Cancer Support I’m sure many of us here have lost a loved one or have witnessed a loved one suffer from this terrible illness, i myself have lost loved ones very close to me and know people who have suffered from it.

The album has 10 tracks 6 of which have never been released and 4 that have been re-mastered. It will be for sale at a price of £5, if you’re feeling generous and want to support the cause then you can dig a little deeper, I’ve left that option up to you!”

That means that we can start to enjoy Caine‘s album from Monday November 9. It will contain the following tracks.