Just over 1 year ago, Gearbox released the ground breaking album Mechanical Warfare. At the time Gearbox were a relatively unknown brand in the Raw Hardstyle scene, but the success of this album launched Gearbox into the spotlight where they have continue too inspire ever since.

Mechanical Warfare set out to do something no-one else had done before by producing a themed album telling a story of a Mechanical battle between Hard Dance and Hardstyle, while pioneering an ingenious new style of mix. Splinta, the man behind the mix of the album, ensured that Mechanical Warfare went down as one of the stand out albums within Hard Dance. The album is available now at Gearboxdigital.com.

This time round, Hybrid Warfare tells the story of a music scene cluttered with typical, repetitive sounds and the army of Gearbox artists attempting to break the mould by creating an innovative cross genre mix that breaks the barriers for their respective genres.

This formula really does offer up some extremely special tracks. Dubstep, Deathstep, Darkstep, D’n’B, Techno, Trance, Trap, House, Hip Hop, Heavy Metal and even some Swedish Ganster Rap for good measure, all influence the sound of this album, and the results are truly phenomenal. KloneZ starts the album with a breathtaking intro that instantly enters you into the atmosphere of the album, and he manages to maintain that atmosphere throughout the entire mix. Each and every track is unique in it’s own, and the collaborations between D-Sturb, Thyron, Luminite, Malice and Rebelion are an impeccable blend of styles, especially the Splinta and Sick Sense track that opens up a whole new potential genre of Hardstyle. 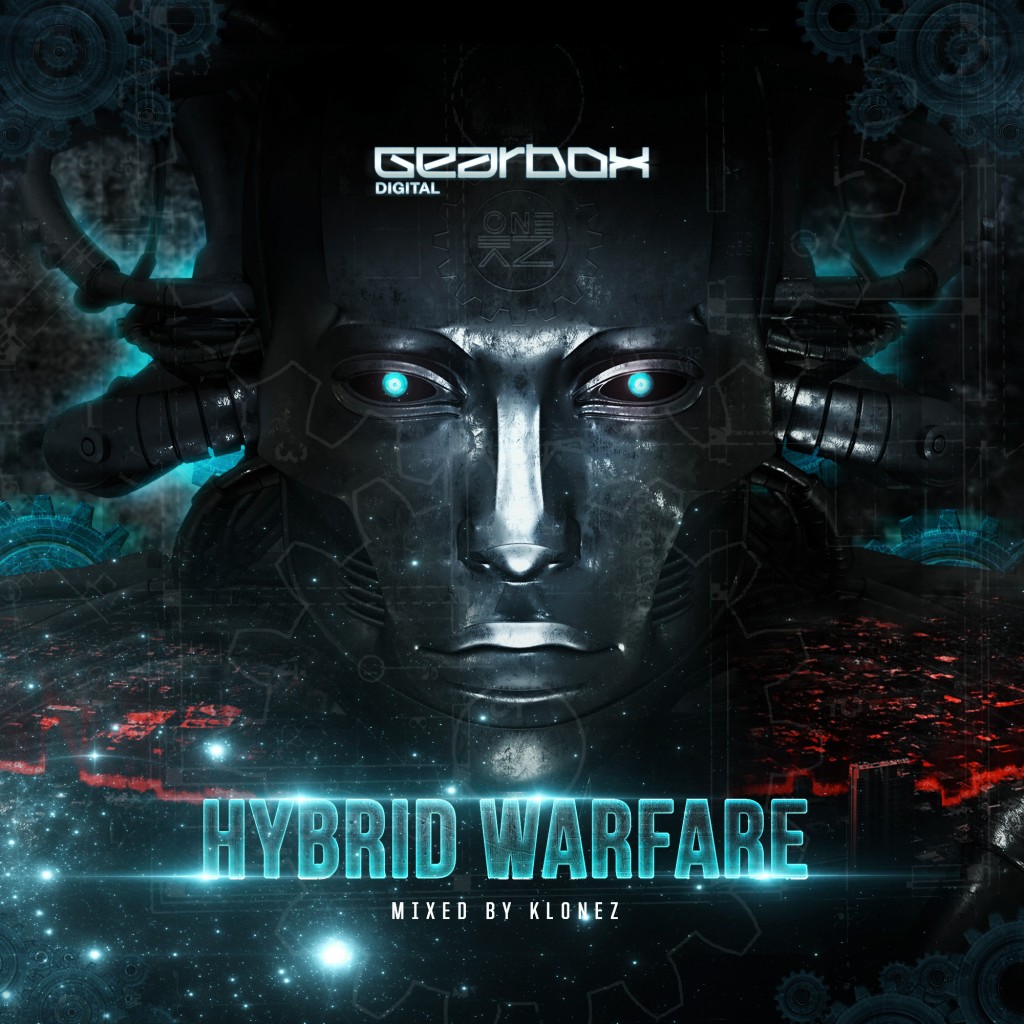 This album offers a plethora of tracks that could and should be played at any Hard event. Many of the tracks have already received massive support from some of the biggest names in the scene, including Warface who played the highly anticpiated collaboration between Rebelion and Malice called Confronting Evil. Fans have been eagerly awaiting the release of this track for months now, and it provides a fitting end to what is an extraordinary album.

The artists of Gearbox have really delivered on this album, and it’s easy to understand why their popularity is breaking all kinds of barriers. The quality and originality of their artists such as D-Sturb, Luminite, Rebelion, Malice, Primefire, Unresolved, Dual Decimation and Adventum, make Gearbox probably the most exciting label in the scene right now. Each of these artists you can book through the new Gearbox agency Pure Bookings that we done an article on recently.

Suppression are giving you the opportunity to see the full Gearbox line up in all their glory at what is destined to be a very special event. Suppression presents Gearbox takes place on the 19th of December in the industrial atmosphere of De Lichtfabriek in Haarlem for the bargain price of just 18 euros. Artists from Sweden, Ireland, Scotland, Italy, Estonia, Belgium, Switzerland and Austria make this probably the most multi national event of the year as each and every Raw artist from Gearbox prepares to blow you away. At this event you will also have the opportunity to purchase Hybrid Warfare and other Gearbox Merchandise.

This really has been an incredible year for Gearbox, who’s popularity grows by the second, and the release of Hybrid Warfare and their event Suppression presents Gearbox provide the fitting climax to the Year Of The Gear that they thoroughly deserve.”

The album is available now at Gearboxdigital.com.

In a few weeks, Gearbox will be back in top gear for another event. Additional tickets have been made available for this and the label is proud…