Ghostproducing in hardstyle music: ‘A lot of artists are doing this’

Lately the definition ‘ghost producer’ is mentioned more and more often. Although lots of videos from the studio of numerous hardstyle artists appear on social media, there’s not much being exposed about this phenomenon. But sometimes, producers do reveal their side of the unspoken story, one by one. The Prophet: “I know two artists in the hardstyle scene who don’t make their own music, but are always joining the studio sessions.”

Not zo long ago, the Dutch national media published a ‘shocking’ article: a big part of the DJ Mag Top 100 DJ’s “order” their music from ghost producers. This is however been known by the audience – at least the hardstyle fans – for several years now. There are even a few artists that are quite open about it, like Warface, Degos & Re-Done and terror DJ Drokz for example. But for the majority is a closed book – but sometime the truth comes out.

“Financially it’s very appealing to produce for a big artist”

The Prophet, the label owner of Scantraxx and artist for many years, is sharing his side of the story in Dutch magazine Nieuwe Revu. “I’m seeing my producer twice a week”, The Prophet reveals to the magazine. “I’m a business man, I have to run an company and travel a lot because I’m still performing internationally, so my creative hours are very rare. We create set-ups for tracks from my ideas and the producer continues working on it. I don’t ever see myself in a situation where someone entirely makes my music: I should be able to breath the music I stand for when I’m on stage. I know two hardstyle artists who don’t make their own music, but they are always joining the studio sessions. They are not tweaking buttons, but are a essential part of the product eventually.” 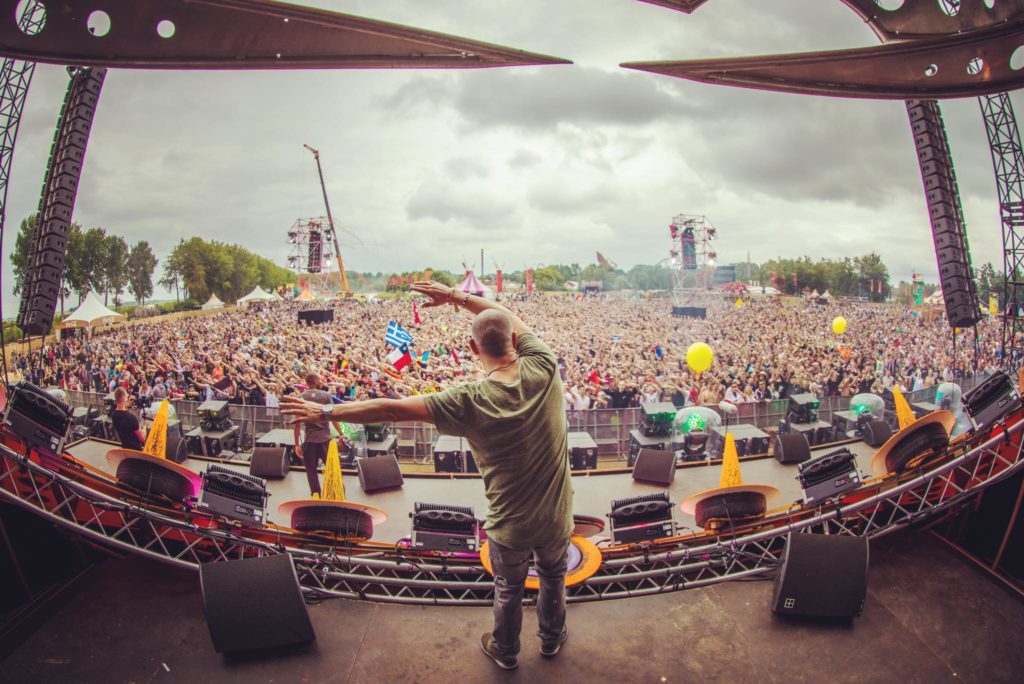 The fees between the artists and ghost producers is quite diverse from time to time. A producer could have is name in the title track and if not, he’ll be compensated. “There are producers who receive a monthly earning and are not mentioned as author”, The Prophet explains. “Most of the time they get a percentage of the earnings from gigs, but then it has to be an upcoming artist. Because it wouldn’t be fair if that was the case with a big artist.” It’s not easy though for a ghost producer to break through into the scene himself. “There are a lot of great ghosts who want to perform, but can’t because the big artists are using their material. Well, they decide to sell their own music, so they can’t use their best tracks themselves.”

Also performing wise, things have changed a lot the last couple of years. There’s a lot more show elements involved, like impressive fireworks and lights, but sometimes at the expense of mixing the tracks. “I’m a bit old fashioned and back in the day you just had to mix properly. I do think that DJ’s have to to more than just playing tracks on stage. You got to have charisma on stage and your choice of records is very important. Open up your bag of tricks! That doesn’t happen that often though, because everybody is busy running around on stage all the time.”

Cover image via Facebook page Defqon.1 and The Prophet