Hardstyle is getting bigger and bigger in Austria. Austrian hardstyle DJ High Level, or known as Michael Ban, can confirm that. He released his first album at the 10th of March during his album release party in Vienna. Hard News spoke with him about his album, the release party and his personal life.

It is the first album you are going to release. On your Facebook-page you told us that you have been working on it for more than a year. Are you happy with the result?
Actually, some of the tracks are even older than one year. Tracks like “Forever” and “Let Me In” have been in progress for over two years, because I was never a 100% happy with them. Sometimes it’s like a good wine, it needs time to develop into something special, and eventually everything came into place for the album. I tried to put only my best work in the album, and I’m quite happy with the result.

You gave some previews for the album but did you already released a few tracks? Or is it all brand new music?
None of the tracks on the album has been released or previewed in good quality yet, but some of them have been out there as studio preview videos for quite a while on Facebook and Instagram, yeah. The only exception is “The Takeover”, since it has been my anthem for “We Love Hardstyle” in Portugal this summer. But for the other tracks, it is all new and fresh music. 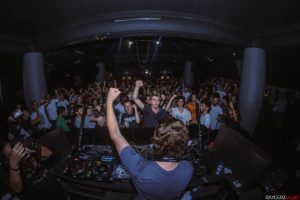 What was the reason you started with making music?
I actually remember the moment when I first wondered how music is created. It was when I heard an “edit” my brother did, and I thought: “How did he do it? Can I do that too?” Well at least he called it an edit, because it was just the same track copied and pasted to be double length, but that was the moment when I started thinking about how music is done. Also, music has always been a big part of my life, it started with guitar lessons back around 2005, then my first guitar compositions, my first DAW, and so on. And now I’m here with my first album release!

Why did you choose to make hardstyle?
What I like so much about Hardstyle is the mixture of harmony and power. It is something I miss on most of the other genres. Not to say that it’s is only Hardstyle I like and produce, but at the end of the day, I enjoy producing Hardstyle the most. Finding the balance between “too simple” and “too complex” while creating a Hardstyle track is not just a lot of fun, but also a challenge every single time.

How did you get in touch with hardstyle?
Originally coming from the rock spectrum, it was trance and hands up that got me into electronic music. The track “Young Birds” from Patrick Bunton was the one that got me in the hardstyle direction, and the old Scantraxx/Fusion stuff from around 2007-2008 then hooked me to the genre.

You have released more than 30 tracks in 5 years. How can you work so fast?
I was experimenting a lot, tried to create new sounds for every track. It was the purest form of “learning by doing”, and almost everything I created was released. Luckily, Hard Music Records didn’t limit my creative output too much or wanted to change my style, so I was able to have a lot of music released throughout these 5 years.

Where do you get your inspiration from?
Most of the time from stories and feelings, something that makes me start thinking. For example what inspired me was the way how the comeback of Project One was done. It gave Hardstyle back some of its old importance and epicness, out of that inspiration “Wild Waters”, “Flow” and “I Can See” have been created. But, the thing with inspiration is: It cannot really be controlled, or at least I can’t control it. Sometimes I just start a project and a whole track comes together in 1-2 days, sometimes I sit for weeks and have almost no progress.

You perform often at We Love Hardstyle in Austria. But at which festivals you want to perform in the future?
For me, it’s not so much about how big the festival itself is, but more about the vibe that is going on. Sure, I think every artist likes to play a big crowd, so therefore Q-Dance and Bass Events festivals are the ones that pop up in my mind first. But actually I also like the magic of a small crowd that goes completely nuts to a good set.

Are there some DJ’s you want to collab with?
If I could choose producers to collab with, I’d go for Ran-D, Sub Zero Project and Atmozfears. I really love their work, and their production quality is out of this world. I think I could learn a lot from them, and producing a track together would be really awesome!

Because you are from Austria we were wondering how the hardstyle scene in Austria is.
Growing! Over the last year, it became very obvious that Hardstyle has seriously grown in Austria. With 2-4 Hardstyle events every weekend and festivals like Shutdown it’s safe to say that our scene is on a good way at the moment.

How can you describe hardstyle fans in Austria?
From the events I played in Austria, I can say the fans here are great! Since I’m from Vienna, I already know a lot of the fans that are coming, but I also enjoy having a chat after I played a set, and get to meet some new people. Hardstyle fans in general are very dedicated, but to me it’s special with my fellow Austrians, because they were supporting my music from day one! 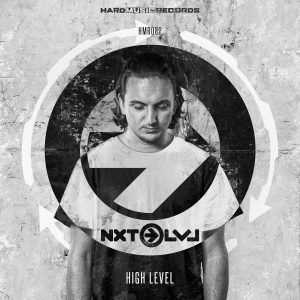 What is the best way to describe your sound?
I’d say a mix of euphoric and main hardstyle, with touches of other genres and sounds. For me it’s kind of hard to put my music into words, since I’m aiming to get feelings or stories across, and I don’t want to limit my music to a description too much. What I would advise everyone to do is: Get yourself the album and one hour of free time to listen, and find the describing words yourself.

What do you want to achieve with your music?
What matters the most to me, is that whoever listen to my music takes anything out of it. That can be a good feeling, motivation, comfort, you name it. If I can accomplish to change someones day with one of my tracks, I did my job well. For my own part, I try to put out good and quality music every single time, and I also want to improve with every track I release.

Do you go to festivals as a visitor?
Sure, I really enjoy the overall feeling on festivals, because everyone is there to have a good time and listen to good music. But personally I enjoy club nights also, just as I said before, it’s all about the vibe. In a club it feels more personal, but still every type of party or festival has its own charm to it.

Is there anything you want to say to our readers?
Yeah! Thank you for stopping by and reading, it was really nice to let you know a bit more about who I am and what I do! Also big thanks to everyone who supported me on the way, and to Hard News for having me. I hope you guys like the album, and for more information on future work, follow me on my social media! Have a good one!

You can now download the album ‘Next Level’ exclusively at Hardstyle.com.

This summer, Shutdown Festival is going a step further in Austria and expands to no less than 5 different stages. This makes it the largest within the…