Thyron moves to I AM HARDSTYLE: “With a new music style”

I AM HARDSTYLE continues to work hard behind the scenes and has acquired a new addition with Thyron. The young hardstyle DJ is not only leaving Gearbox Digital with this, but he is even going to take a different approach with his music: “Brennan Heart immediately reacted enthusiastically.”

READ: Clockartz signs with I AM HARDSTYLE: “I feel stronger than ever”

It’s all gone pretty fast since Thyron moved to the big I AM HARDSTYLE label. “To be honest, it still feels a bit unreal”, says Bas. “It is only starting to sink in now that it has been announced, haha. But I am grateful and proud to be able to take this new step with such a great team, it is nice to be presented with a new challenge in these times and to be able to go for this fully!”

‘Sliding in the DM of Brennan Heart with shaking hands’

Nowadays a lot is happening via the well-known DMs on Instagram: including Thyron, who took the phone out of his pocket to message Brennan Heart. “It came about quite unexpectedly for me; a while ago I spoke briefly to Brennan Heart via Instagram. It seemed nice to have a chat and I was curious what he thought of my new music, so I asked if he felt like having a cup of coffee.” However, this is easier said than done, Bas admits. “This may sound very simple, but I really had to convince myself to send that message with shaking hands. When Fabian enthusiastically responded to the idea, I was already happy and relieved, but once I got there I was completely overwhelmed when he indicated that he would love to have me at l AM HARDSTYLE!”

Anyone who has heard Thyron perform in recent years at Defqon.1, Decibel outdoor and Shockerz (to name a few), will say that he can do a good job. A switch to I AM HARDSTYLE is therefore quite surprising to outsiders, but Bas changed his style a bit. “My sets have indeed always been very solid in which I liked to push boundaries; I like to be a little crazy on stage. Of course I continue to find it important that my music works well on the dance floor, that connection with people there really gives me a unique feeling. But I noticed that I also started to feel the need to push my boundaries in a different way by adding more melody and musicality.”

But then came the well-known corona virus. “When all events were canceled by COVID-19, I suddenly missed these weekly moments where I could connect with my fans on the dance floor. Because of this I started looking for new challenges in the studio and invested all the time in this to bring my music to to take it to a new level. That, together with the continued support from fans, has really kept my passion alive during a difficult period for our industry.”

The first in a series of bangers: ‘When Angels Cry’

You can see it as an extension, because fans of the ‘old’ Thyron sound are still getting their money’s worth. “The dance floor remains very important to me and I still love to put a ‘shock’ effect in my tracks through unexpected kicks or drops like I did in my live edits. Besides the emotion I still want a lot of energy. keep my music so you really want to go wild. So you will also notice that the releases will be quite diverse, with the musicality really becoming an important part of my signature sound. Some tracks will focus a bit more on my sensitive side such as I did in ‘Time Of Your Life’, but there are certainly plenty of hard hits to come!”

The first of this series on I AM HARDSTYLE has now been released: ‘When Angels Cry’. “This was one of the first tracks I made when I decided to incorporate more musicality into my music. I also continued to develop my songwriting here. The first thing I had in front of the track was the melody and I immediately felt it. that I wanted to develop it into a full track, and I first started writing the lyrics from the setting of someone who is face-to-face with death, who looks back on life and hopes to have corrected her mistakes in the past. So it is a fictional story, but partly based on changes that I myself have gone through in my life.”

It gives Bas an extra challenge. “By writing a story like this I can also immerse myself in this in the studio. Once I have the lyrics, I often no longer have to think about how the track should go; I am in the story and everything. comes out automatically. When I have worked out one part of the track I can often already hear the next part in my head. That may sound very strange, but that’s how it works for me when I really get into a track. I can already cover a large part of the track in a few hours! ” Check out his first release ‘When Angels Cry’ here.

Thyron opens new chapter in his career at I AM HARDSTYLE

In any case, planning for the future has begun. “We indeed have a number of great plans ready! It is of course difficult to outline something concrete with regard to events in the current situation, but when this is possible, there are many nice things ready. In the meantime, we keep the focus on further development. and spreading my music and me as an artist. For this, besides a lot of solo tracks, there are also a number of major remixes planned for artists that I myself have been a fan of for years!” 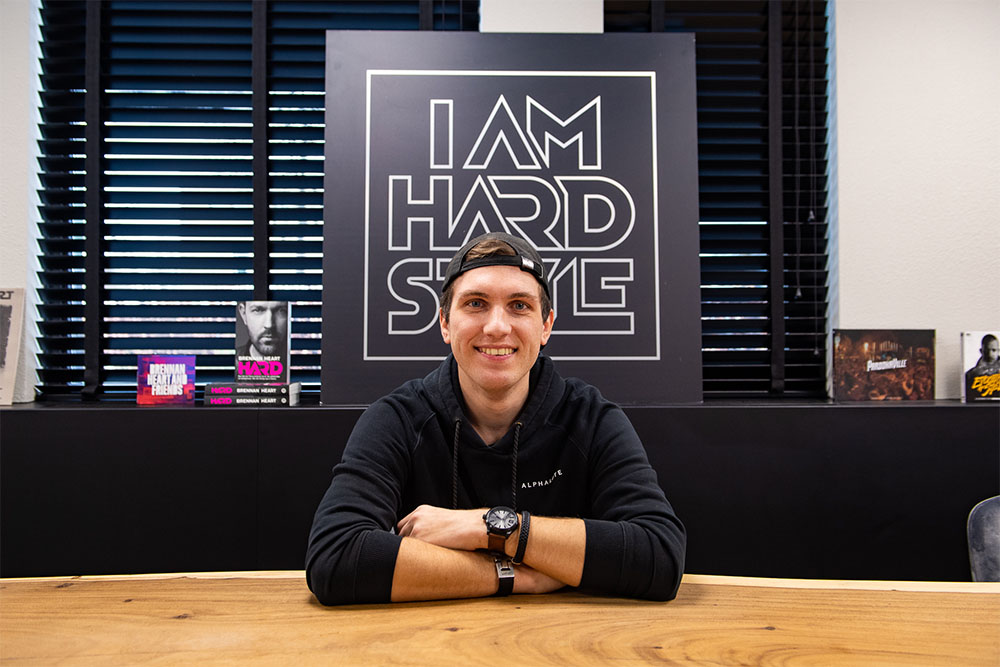 When we ask which festival or stage best suits Thyron’s new music, he immediately knows how to name something. “If I can paint an ideal picture, then a suitable placement would be, for example, one of the later acts on the Defqon.1 RED or Qlimax (who doesn’t dream of that?). but musically I think my new tracks are a good fit. Hopefully the public and organizations will think the same about it and my new music will positively surprise both old and new listeners. I hope you listen to it open-minded and we get back together quickly at our wonderful events!”

Thyron’s first track ‘When Angels Cry’ can be heard since this week on all known platforms of I AM HARDSTYLE. Curious about his new sounds? Then tune in tomorrow (Saturday March 20) on Ziggo, where Thyron will play a set during We Own The Night TV.