Hey Spoontech, how is it going? Let’s start from the beginning: in 2010 Spoontech was born. Can you tell us some more about the birth of the label. What does the name Spoontech mean?
“Hello Hard News, we’re all good and thank you for having us! The name Spoontech does not have any particular meaning, but is the result of the weird brains of our founders Vazard & Delete! They thought that the name was a cool way to start our massive marketing efforts, as everybody owns and can relate to spoons…”

What makes the label so different than all the others?
“We don’t take ourselves all that seriously. But we’ve always been dedicated to releasing tracks that are one of a kind. When we started out in 2010 there were only a few labels that were releasing tracks on the “harder” side of Hardstyle, so we wanted to create our own platform for artists with their own unique style that didn’t fit the mainstream.”

Which artists were involved in the very beginning?
“In the very beginning of Spoontech we had artists such as Regain, Delete, Digital Abuse, Warface, Dark Pact, Enigmato and Prefix & Density releasing on the label. The two oldest residents are Vazard and Hardstyle Mafia, who are still with us today almost 7 years later. We love that sense of connectedness we have with our past and present artists as we started producing and growing together at the same time.” 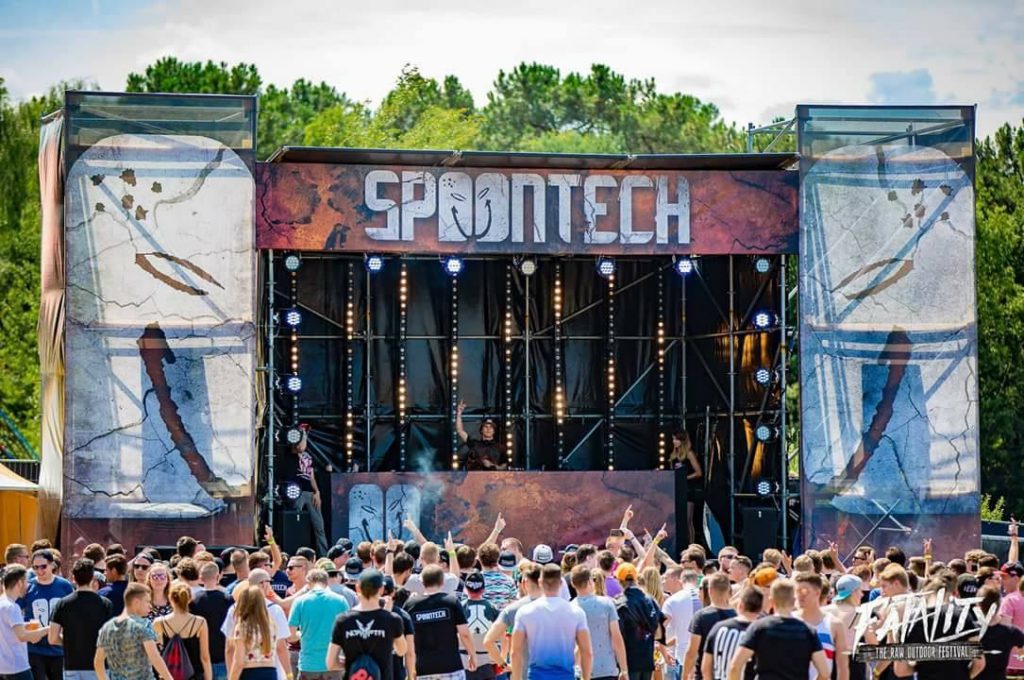 The last couple of years there were quite a few artists who joined and left the label. Which artists joined the team and why do they fit the label?
“The latest additions to our roster are Unkind, Vyral & The Purge. Right before them there were Infirium, Mind Dimension and D-Verze. All of them are a group of producers that we feel represent the ‘Spoontech-sound’ perfectly. They range all the way from the “raw” and a little industrialized sounds, to the melodic and more emotional spectrum of Hardstyle, while all having their own unique styles.”

From the beginning it was instantly clear that you started a brand new movement with the label in the hardstyle scene. Fans felt connected straight away with Spoontech. Why is that?
“Well, Spoontech was a fresh breeze during a time where the euphoric Hardstyle had a huge market share. It was a label where music enthusiasts could find music influenced by the earlier days of Hardstyle. We think that since it started out quite small we had, and still have, a dedicated fanbase that are connected through the love of the cozy “indie” feeling of the label. Making all of us feel close to each other in a special way!”

And what’s the reason behind the success?
“Although we got a big push since we ended up in the middle of the “Rawstyle” hype that commenced around 2013, we have very much stuck to our original mindset. The fact that we haven’t been chasing trends is probably the reason why we haven’t skyrocketed, but acquired a steady growth instead. A quick rise to the top is something that we’re not really aiming for because we’re a small group working with the label in our free time, simply because we love this music so much.”

If you had to name one highlight throughout the years on the label, what would it be?

“We’ve had so many amazing moments with our fans, but one highlight that stands out most would be the 5 year celebration of the label in Club Rodenburg. This was a turning point in a way for the label when most of the label’s artists as well as fans came together. This showed just how big the following of the label had become in Europe and paved the way for where we are right now.”

You made quite a name for yourselves in just a short amount of time. But we’ve noticed that things got a little bit quiet around you guys lately. Is this a misunderstanding or what’s going on?
“It’s not a misunderstanding, the reason for all this is that the past year or so a lot of things have happened inside the label. Stewart (Vazard) decided to step down as the manager of the label and handed this over to John (half of Main Concern). At the same time Gijs (Infirium) has taken over Ryan’s (Delete) role as the mastering engineer and Rick (D-Verze) joined the management team as a planner. Stewart and Ryan are still part of the label but more in the background. But with all these changes it’s taken some time for us to get things running smoothly.”

Pioneers like Delete and Warface left the label a few years back and after that they climbed their ways to the top. Has this something to do with the radio silence around Spoontech?
“We wouldn’t like to call it radio silence and we hope that it hasn’t been that bad haha…However, like you say we’ve had some artists leaving such as Delete, Warface and most recently Main Concern. Of course this affects us, like it would to any label. New and younger artists need time to make a name for themselves in the scene. So along with getting the new management team together we’ve also focused a lot on the growth of our artists. Hence, a little less presence online and on major events. However, we did have artists playing at events such as Defqon, Decibel, Loudfest and XXlerator, just to name a few, during 2017. Also, in the near future we will launch some very exciting new projects, so stay tuned!”

Most of your fans are based in The Netherlands and the headquarters of Spoontech is in Australia. That’s over 16.660 kilometers away from the core of your label, how do you think that has affected you?
“This has affected us in different ways, not only negative we’d say. In the beginning it didn’t really matter that the founders, Vazard & Delete, were both residing so far away from the action in Europe. When the label kept growing the fact of the long distance became more pressing, with more European bookings but also the struggle of managing a business with a huge part of it focusing on the other side of the world. But now with the new management team in place and all of us living in Europe, the headquarters are closer to the action.
Positive aspects to this situation would be that the label had a different approach than most labels in Europe or The Netherlands in particular. The last couple of years the label has also gained more attention in Australia which is amazing to see, giving both Vazard & Delete the credit they deserve on home soil!”

Lots of new labels entered the hardstyle scene lately. Do you think this is a good thing or has the amount of labels reached it’s limit?
“This is a tricky question as the labels are focusing on different sounds of Hardstyle. We’ve noticed that what we’re requesting from an artist is occasionally hard to find, sometimes other labels manage to recruit an artist that we feel would’ve been a good fit for us. So at times it feels like it is because of the amount of labels, but it might also just be that the majority of producers aren’t fitting our label and that’s why we struggle finding prospects. Or, it’s just that we have to dig deeper and up our game when it comes to scouting! To answer your question; we think it’s a mix of good and bad at the same time!” 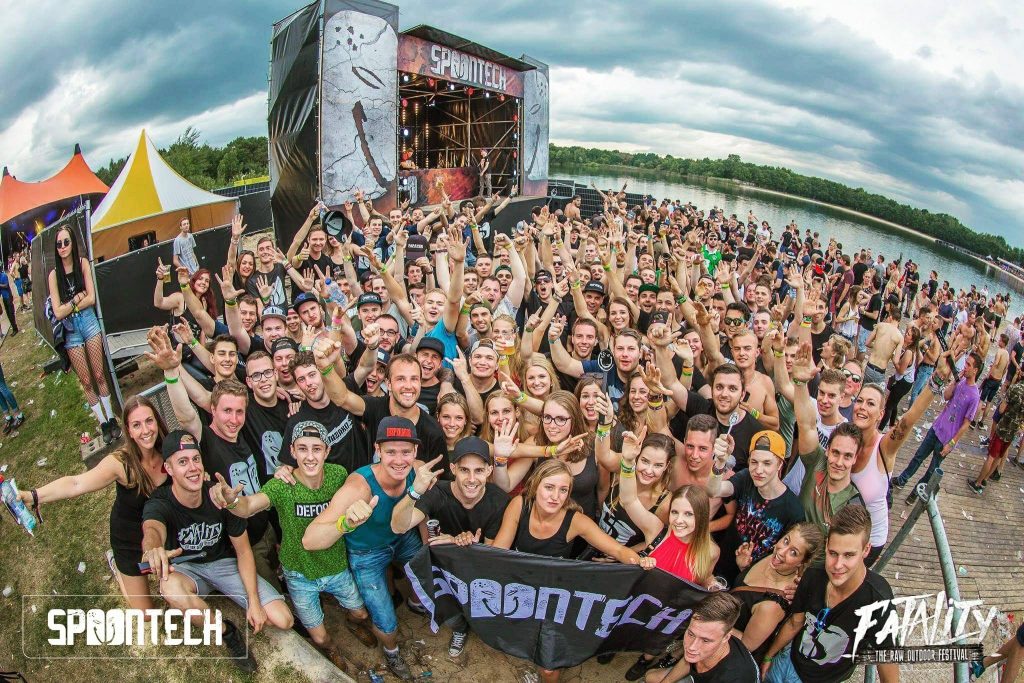 This summer at Fatality we noticed that Spoontech and Gearbox Digital get along very well. Do you also work together with them or any other label?
“We definitely get along well, and the past years infected debate online between the two fan groups does definitely not represent how we feel about each other.
As a label, as well as many of our artists, we’ve been working with Gearbox for a long time now. Theracords is also a label that we’ve had good contact with throughout the years!”

If you had to name your biggest competitor label, which label would it be and why?
“Well the word ‘competitor’ can sometimes get a negative tone to it, like if it would be an enemy. But we don’t really see it that way. Our biggest competitors inspire us and keep us on our toes through motivation. We have many competitors but the closest would be Gearbox and Theracords, they are also the ones that we are closest to in terms of relations. We’ve learned a lot from them! We don’t see it as if we fight about the customers, most of our fans are also fans of those labels and what they can’t find from us and our artists they find in theirs.”

Speaking of Fatality, last year you had your own Spoontech area at the raw festival. First of all, how was it?
“It was everything we could’ve hoped for and more. We had a beautiful stage on the beach and for the most part of the day the sun was out. The atmosphere was like always amazing and it was also the first time all the Spoontechnicians were together.”

Is a hosting like that something you would like to do more often?
“Definitely, we do want to keep the concept of hostings to a restricted amount each year though. We know that many of our followers are screaming for more Spoontech events but we would like to make sure it’s a special moment once it happens. We hope you all understand this!”

Let’s talk about the future. Where do you see yourselves in 5 years?
“Oh wow…that job interview anxiety just hit us haha. We hope that in 5 years we are still true to our roots in the eyes of our fans. That we are still a collective that works together to represent the Spoontech sound and, most importantly, that we all have a lot of fun!”

We’ve seen some teasers of what looks like a new Spoontech project on your social channels lately, can you give us some information what that is about?
“Well, it’s an exciting new project that’s been involving the whole label. We talked about a collective in the previous question and this project has really put that to a test. All the artists were given a mission to collaborate with another Spoontechnician, which most of them had never worked with before. Then they were given 3 keywords that should represent the track as well as the overall theme of the whole concept, then the experimentation began. We think it’s important to challenge our artists creative minds and also get them to work with artists that’s not in their top of mind to work with.  Apart from the artists we also worked closely with our amazing designer, “ReeceDesign”, to create the graphics for the whole project. All in all it’s been a huge collaboration between everyone in the Spoontech collective and we can’t wait to hear what everyone else thinks of it!”

Do you have any other plans for the future? (Involving artists, releases, albums, festivals etc.)
“We are moving fast towards the end of 2017 but before that we will have a few heavy releases, alongside the mini album mentioned above. We also have two artists releasing albums in the near future! In terms of events we will work with some Dutch organizers this winter where you can find most of our artists!
What we have in store for 2018 we cannot tell you just yet, but we have a feeling it will make up for the recent quietness.”

Thank you for your time! 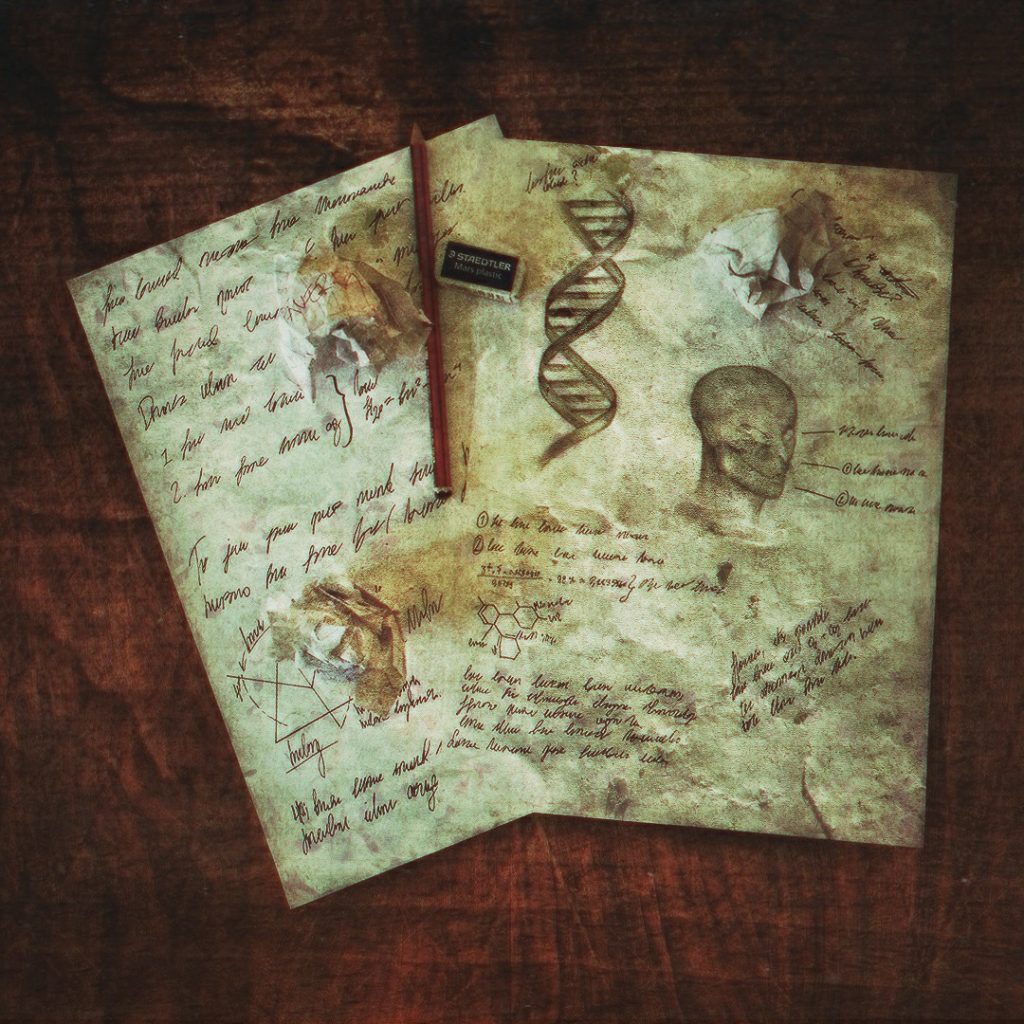