Outbreak is one the hottest Dj weapons to have landed in NL and he’s given us a huge catalogue of energetic releases that have seen him headline the biggest events in the scene. His innovative combination of hardstyle, vocals and raw energy makes him stand out from the rest, and we love his fun, rebellious nature in the studio. Outbreak is renowned for tracks such as ‘Get The Mean’ ft MC DV8, ‘It’s On’, ‘Bassface’, and four killer tunes from his new Rebel Territory EP. With this latest EP comes a massive international tour and his own stage at Daydream Festival this summer so we wanted to know more about the story behind Rebel Territory. Hard News was lucky to catch up with him to discuss his musical family and the epic success he’s had since leaving Australia behind.

Hey JP – we’re excited that you’re here with us today. We have many questions for you. Ever since you moved to Europe, your career has skyrocketed! From 2013 onwards you dominated the stages at Hard Bass, Q-BASE, Defqon.1 and many, many more in between. How does that feel after Dj’ing for +10 years in Australia’s small scene?
Unbelievable! I still have to kick myself every day that I am playing at these amazing events in such an exclusive scene on the other side of the world. I am very fortunate to have an amazing support group and fans that keep me focused and dedicated to continue following my dreams!

That’s really cool. Speaking of dreams, tell us everything about your Rebel Territory tour! Also what inspired the name?
Well the ‘Rebel Territory’ tour is something to show the world my new EP. I wanted to experiment a little bit more with the harder sounds with the EP and bring in other elements and artists to give the crowd something out of the box. I was fortunate enough to work with some amazing people on the EP:

CUNTMAFIA (Contessa Stuto) is the voice of the title track, I fell in love with her song ‘Reign In Ratchet’. It is seriously out-there and something totally different than what everyone is doing. She doesn’t give a fuck about what people think and I love that. Music from the heart and just having fun. I feel we miss that sometimes, so I was so happy to have her on the EP. 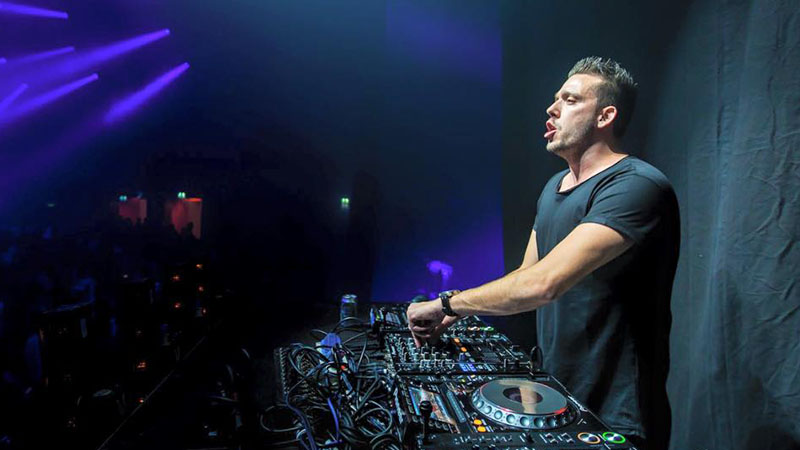 Sabacca, seriously my FAVOURITE rapper in NL. The voice of Outbreak! This man has so much talent with words and his voice is huge! I love being in the studio with him, there is always a great vibe.

Kronos – My Italian brother, I love his diversity and how he is constantly using new elements in all of his music. He seriously inspires me a lot with how creative he is and is definitely an artist to watch for the future.

The title ‘Rebel Territory’ is where I wanted to go musically, into a zone where no one has ventured haha I know people are going to comment on some of the music being unorthodox but isn’t that what it should be, if we wanted to have the same in life we would all be professionals at Paint By Numbers.

The Rebel Territory tour started with a bang in several cities Down Under. Tell us about the gigs there.
It is always great to head back home on tour, the crowd in Australia is amazing and they are always open to hear new music. The tour started off at Masif in Sydney, this is where I grew up when I was in Australia. It is seriously one of the best crowds in the world. They are always eager to party and the energy is nonstop.

Next up was Brisbane. This was actually the first time I had played as Outbreak up there. It was great to see all the die-hard raw fans turn up to party. The scene is still growing there but I definitely think the promoters at Shokk have a big future and they are constantly supporting the whole scene!

Last but not least on the tour was Melbourne. The last three years this has been the most surprising place I have played. I remember when the scene was flooding years ago and then all of a sudden went away. It is now BOOMING and growing like crazy again! The crowd loves everything you give them, oldskool, a little melody and the darkest and craziest music you can give them. 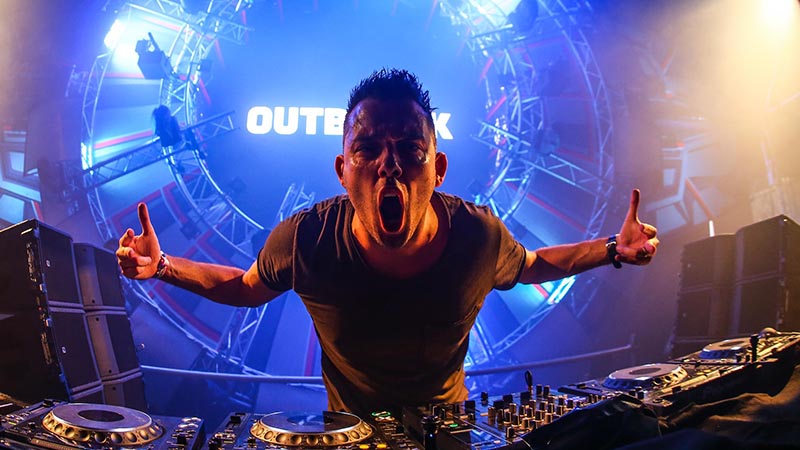 When you’re in Australia, do you get treated differently now that you’re so famous in Europe?
Haha not really, I don’t expect it. I still poop like everyone else in the morning. There is a certain level of professionalism that is there now but it is still about having fun and I try to do that no matter where I am.

The next Rebel Territory stage of the tour is at the massive Daydream Festival – tell us more about the stage and the guys who will be joining you there.
This is seriously a dream come true! When they first asked about it I think I had to repeat it like 20 times before it sunk in… I HAVE MY OWN STAGE! Haha I played at Daydream Festival last year and it was one of the most memorable sets from the year. The crowd was unbelievable and they had so much energy. I really am so happy that the organizers chose me.

I was able to invite some of my favourite artists to share the stage with me, I respect the hell them. Every one of them is unique and is going to smash the place apart!

Who are the people who challenge and encourage you to grow as an artist?
We have a really close team at WE R and everyone is supportive of one another. We are always catching up and giving advice and guiding each other to reach our goals. Brennan Heart, Code Black and Toneshifterz are like family to me and have been there since day one!

Digital Punk and Adaro are also great mates, they are constantly kicking my ass to bring out more music and also pointing me in the right direction.

You’re part of the huge raw line up at QAPITAL this year and you’re bringing Sabacca with you – how did you guys meet and what can we expect from the on-stage collab?
We actually met through a mutual friend of ours, I was looking for a rapper for ‘It’s On’ a couple of years ago and Sabacca popped up. As soon as I showed him the idea he loved it, we jumped into the studio together and recorded, and since then we have been good friends and have worked on a heap of projects.

The energy that he brings on stage will shake the Ziggo Dome to the ground. We will make sure to have some exclusive stuff for the night.

We can’t wait for it! After your releases with Kronos as well as Digital Punk, who is next?
Actually, I am about to jump in the studio with another Aussie mate Delete. I have known Ryan for about pffttt 13 years haha (yes we are old) and have never done a track together. FINALLY it is going to happen. I am really excited about this one.

Other artists I am looking to work with soon are Audiofreq (which is almost done), Sub Sonik another rising star on WE R and hopefully Crypsis this year. There could be some others but we will have to see how the year goes.

Can’t wait to hear those. And if you could collab with anyone in the world, dead or alive, who would it be?
AC/DC, Jack U, Showtek, Adaro, Zatox, TNT, Johnny Cash

We love watching your funny videos on Facebook/Instagram – are you a big joker in the studio?
Haha I am never serious… no as I said, I just like to have fun. I enjoy what I am doing and try to spread that around me. If you’re not enjoying it… why do it?

Finally – what direction do you think raw hardstyle will go in 2016 and beyond?
I have a feeling that it will get a little more melodic and bring a new energy to the music. I know for myself that is where my focus has been. I think it will get more influence from the earlier hardstyle.

I am just gonna keep writing tunes and hopefully people enjoy them.

JP, thanks so much for hanging out with us. We are pumped for your gigs this year and good luck with your future projects! Keep us updated.