Festival after festival is being announced at the moment and the agenda is finally packed with parties again. This also applies to Jay Reeve, but this summer he is taking it one step further with his new live act, and performances at REBiRTH and Defqon.1: “Now is the perfect time to launch ‘The Amazing Feeling Of Freedom’.”

READ: REBiRTH Festival reveals line-up for ‘the ultimate kick-off of the festival season’

Jay Reeve has been known for his typical euphoric hardstyle for about 7 years and has worked hard behind the scenes the past few years (‘in hopes of being able to go to festivals again’) on his first live act T.A.F.O.F. After the first line-up releases, Julien got a lot of positive reactions. “This act actually started with one track”, he begins to tell. From here on, things started to take off.

“After 2 years of silence, we are finally back at the festival site”

Because when we had to wait a long time for the next party because of corona, Jay Reeve was looking ahead in the studio. “I was working on a project with vocals in which the sentence ‘The Amazing Feeling Of Freedom’ was pronounced. At first, I didn’t immediately have the idea to build an entire live-act from this track. But the moment I when I started to feel more confident about the festival season again, I thought: ‘How cool would it be to capitalize on that?'” 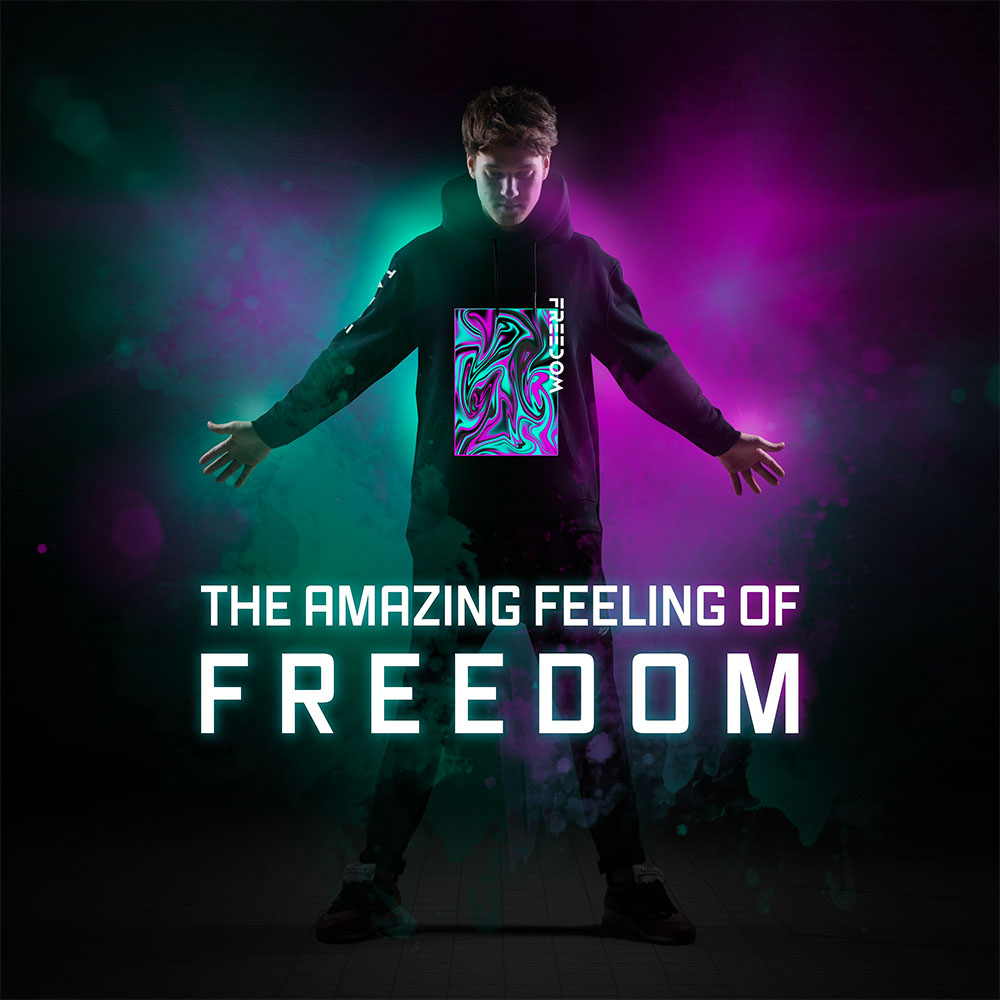 The redeeming words “events can be held again” was finally there at the beginning of this year. “The moment is perfect and a whole set in the theme of ‘Freedom’ so that we can all celebrate our freedom again in the best possible way – this seemed like a cool challenge. Besides, it also has a kind of double layer to it, because with this set I also give myself the freedom to thinking outside the box a bit more.”

The versatility of Jay Reeve: but of course all in ‘Feel Good’ vibes

Many of us have never looked forward to the start of the festival season this much. REBiRTH is now really on the verge of happening, which was the ideal opportunity for Jay Reeve to premiere The Amazing Feeling of Freedom Experience here. What will we hear at the mainstage of this festival? “There will be many kinds of influences such as trance, early hardcore, classic hardstyle, schranz, gospel, reverse bass, gated kicks and I’m also experimenting with different kinds of kicks under melody lines. But of course all in a sauce of ‘Feel Good’ vibes: very uplifting, but also oriented to the dance floor.”

There will be more than usual happening on stage: in addition, fans of Jay Reeve will recognize a familiar sound during these performances. “The live-act really has a storyline, where the voice you also hear in the trailer will come back multiple times. A fun fact is that is the voice of Elyn: a vocalist with whom I have worked a lot on records such as ‘Ignite The Fire’, ‘Our Reality’, ‘Iluminate The Way’, ‘TAFOF’ and of course we made new records for the live-act. So she will join us on-stage to perform these records live.”

We often see these days that live-acts are accompanied by a lot of new music (sometimes even with a completely new album). Is that also the case with Jay Reeve? “A lot of new music for sure”, emphasizes the 29-year-old hardstyle DJ. “An album was not the idea in the first place, but I think it would be cool to release some kind of mini-album/’Freedom EP’. There are quite a few covers/bootlegs in the set, so that will be a challenge due to copyrights and stuff… But who knows we’ll give it a try.”

With the addition of the fourth day of Defqon.1, the new phenomenon Fresh Friday has got into play, where Jay Reeve also stands with T.A.F.O.F. “Defqon.1 UV will be a longer set: where I’m at REBIRTH for 30 minutes, I’ll play for 45 minutes at Defqon.1. So that will be a kind of XXL Freedom celebration, haha. Of course, I also have ideas for records that I will be performing for the first time on Defqon.1. And in addition, the live-act will in definitely take place at Dance4Liberation – the perfect theme for Liberation Day.”

And what about the collab with Wildstylez..?

So a lot of plans for the live-act, and Jay Reeve will be performing at WiSH Outdoor, Decibel outdoor and many other festivals this year. “For now, I mainly focus on this live act, but there are also plenty of concepts for new records and collabs. Among others with Galactixx and I think I still have a project with Wildstylez – so who knows that that record will also see the light this summer…”

Check out Jay Reeve next Saturday (April 9) at REBiRTH Festival with the debut The Amazing Feeling Of Freedom on the mainstage. “The festival summer is looking bright and I can’t wait to celebrate with you!”

REBiRTH Festival is proud to present the full line-up

A weekend REBiRTH Festival has never been so big, as the finally revealed line-up confirms. With an expansion to three full days of the festival, 16 areas…

REBiRTH Festival expands its entire weekend: “Are you ready for lift off?”

With the start of ticket sales, it shows that REBiRTH Festival has big plans for the next festival season. The annual kick-off will be more extensive than…

This is how REBiRTH finally kicked off the festival season after 3 years!

We had to wait way too long for it, but last weekend REBiRTH Festival was finally able to kick off the most beloved season again. We spoke…