In May, we first reported on Musical Madness bringing a new Hardstyle-only festival to Germany. Now, we only have one week left until the first edition of INTO THE MADNESS is happening and we took the chance to take a deeper look into what to expect – so we sat down with creative director Daniel Grassi to ask some questions. One hint: it’s going to be the biggest Hardstyle-only festival Germany has to this date.

READ: Musical Madness comes with THE Hardstyle festival in Germany: ‘Into The Madness’

Germany is known to be one of the biggest Hardstyle markets world-wide and while most of the festivals meanwhile also offer dedicated Hardstyle stages, the community still didn’t have the one Hardstyle festival they can look forward to every year – and that’s something, Musical Madness wants to change with Into The Madness.

Daniel and his team have been working overtime for the debut of Into The Madness: including artists such as D-Sturb, Headhunterz and Ran-D and with excellent results so far. “We don’t communicate ticket numbers (even though people keep asking this a lot)”, says Daniel. But of course, the creative director wants to give the thousands of visitors a glimpse of what to expect. “Surprise, INTO THE MADNESS is actually going to be Germany’s biggest pure outdoor Hardstyle festival (yes, we made it).”

“Welcome to our new world”

A brand-new festival on a brand-new location. Just as the festival season is about to end, Musical Madness introduces us to their massive new home. “We’ve been searching for the perfect venue for years but with the Seepark in Zülpich, we finally found everything we’ve been looking for: an amazingly beautiful location which offers the perfect vibe for the final summer festival in 2022!” The new festival site even has a beach and it offers a lot of potential and room to grow (even more). 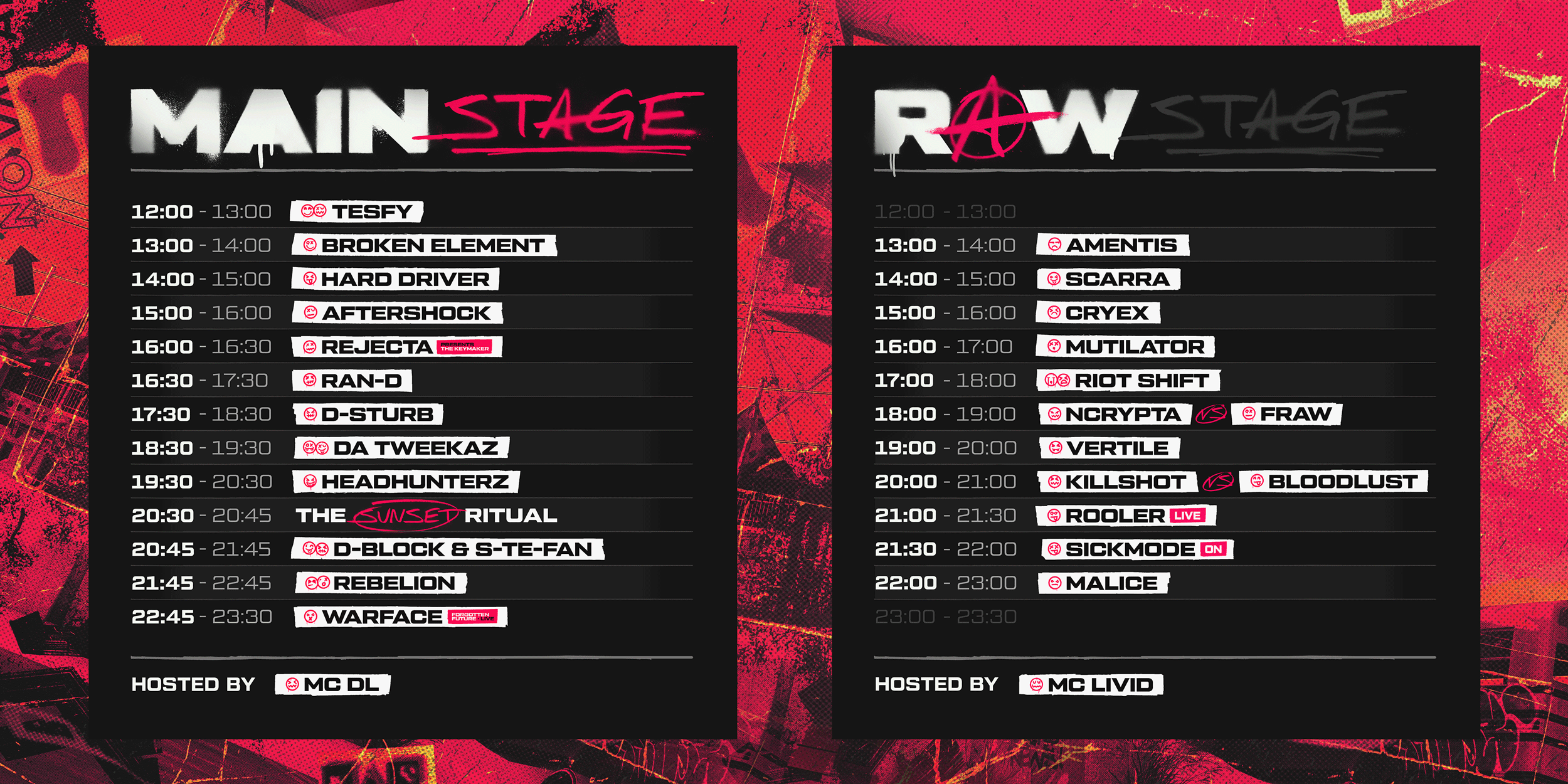 Into The Madness has many specials planned across the 2 stages with 27 artists and quite a few live-acts, including a unique show moment that ignites the night. “The Sunset Ritual is going to be a 15-minutes show-part on the mainstage to sound the bell for the final three artists of the day: D-Block & S-te-Fan, Rebelion and Warface – Forgotten Future. Musically, the ritual is going to be a mixture of some Hardstyle classics and brand-new music. Of course, we even got some specials planned for this so make sure to be there!”

The countdown has begun with only 1 more week to go. The question arises whether there will be an endshow. Is Musical Madness bringing the fireworks? “Well, the answer is simple. True die-hards better stay until the very end as we might have a surprise for you… Don’t miss out on the final part of your transformation process!”

Into The Madness takes place on Saturday 3 September in Seepark Zülpich. The final tickets are now available through the festival’s official website. “Welcome to wonderland”

Musical Madness goes all out to celebrate the 15th anniversary of one of the most famous harder styles organisation in Germany. During APEX, an unprecedented line-up is…

The brand new Into The Madness debuts this summer with a smashing line-up on a beautiful location. Organisation Musical Madness wants to establish the Hardstyle festival in…