Live with the teamleaders of Hard Bass

On the 27th of January the whole hard dance scene focuses on Hard Bass; the event that is known for the four unique musical formations. Yearly, the GelreDome is suprised by special performances and Hard Bass is known for the bakermat of successful live-acts. It doesn’t matter if it’s a settled name with a complete new act or an unrecognized banger of a closing act, many of them have found their roots on Hard Bass. Also, the upcoming edition is booked with orginial live-acts and we talked with these artists about the how, what and why of Hard Bass live.

Coone: “I rarely play live to keep it special”

”Coone live” is something that we haven’t often seen before. Despite years of performances this is only the third time that he performs a live-act. ”Usually, live-acts take lots of preparations and it has to remain something special”, tells Coone. ”Purely because of the fact that it isn’t supposed to be something simple. Besides, I want to employ the ‘live’ aspect as best as possible, which in my opinion doesn’t happen in our scene anymore.”

If we may believe the Belgian DJ, he will do his upper best to create the best 30 minute liveset. ”Like artist with acoustic instruments and maybe a vocalist. I definitely want to create a ultimate mix of my tracks. This means that you can expect older tracks in a new cover.” Also the visitors can expect a presample of a new project of Coone. ”I am currently working on a concept for 2018, what means that there will be also new music. You will hear this for the first time during my live set on Hard Bass.”

The recently launched label Spirit of Hardstyle is a fresh formation of existing names within the scene. Four succesful acts are working together on the best of melodical hardstyle. A surprising step is the gathering of the full formation for a exclusive live-act. Atmozfears: ”Hard Bass is a stage to really show yourself, so this is a nice ‘step up’.” Audiotricz adds: ”We can actually do special things here, things you won’t see anywhere else. The combination with light, sound and show of Hard Bass is always next level. We’re going to make optimal use of that.”

With four acts in the booth it will become a busy mess. ”Currently we are working out things about what our act will look like”, says Noisecontrollers. ”It will defenitely be a dynamical set in where we show every aspect of what Spirit of Hardstyle is about.” New music of the gents included. ”We’re certain about plans to settle in the studio again and produce new music”, says Bass Modulators. ”We’re extremely excited!” 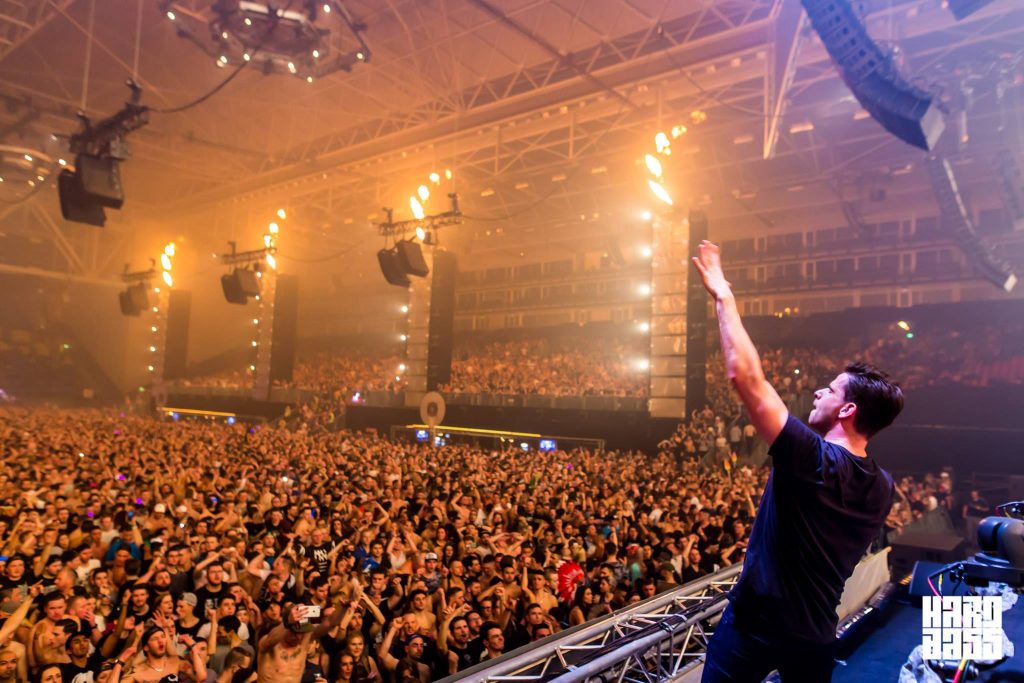 The debut of Adaro live

However he is known as one of the bigger raw hardstyle dj’s for a long time now, he has never performed live on his own. Now that Adaro performs live for the first time, he thinks it’s appropriate to do so on Hard Bass. ”Throughout the years I have received many requests to do a live show and I always declined”, confesses Adaro. ”Now the time is right and besides that MC Villain will vocally support me, so we will blow the roof off during Hard Bass!” Thijs already looks forward to the upcoming edition: ”You know that during Hard Bass eyes are extra focused on you. I always give a full hundred percent, but when there is a full Gelredome in front of you… That gives me a special feeling.”

We all know of Adaro that he supports many tracks of other talents during his normal dj-sets. But, how will this work out during a liveset? ”You can expect a combination of my solo’s, collabs and several Gunz-tracks. So, mostly own material, that’s what makes it special. It’s the first time that I perform as Adaro live and I will keep this exclusive in the future. Maybe Hard Bass will be the only time, I don’t know yet. However, I have full faith in the collaboration with b2s and together we will perform an amazing show.

Radical Redemption: “I will never forget my first liveset”

Joey isn’t a new on Hard Bass as well. He knows the tricks of the trade, as well as a live-act as in a team. During his premiere of the Minus Militia live-act on Hard Bass 2014, ten thousands of fans yelled his name. With a new album upcoming, his next performance will be a banger for sure. Radical Redemption: ”With this live-act I will add something else, what people already know of me. My aspiration is to feature 25 tracks in those 30 minutes that I have. It will be a hard set and afterwards you will have shaky legs for sure!” The new album has just been finished, with loads of new tracks and awesome edits. Though we can expect more of Joey on Hard Bass. ”The inspiration keeps coming, but I keep on making new music that will be featured for sure!”

The fact that Radical has a new solo live-acts makes him extra enthousiastic. ”150/155/160/170 bpm, I can go every direction. I am really excited, so that brings a healthy tension with it.” This promises to be a memorable closing in our well beloved stadion.

Besides these LIVE-acts, there will be also DJ-team formations that has been carefully composed by b2s, with a good mix between the settled order and new and fresh acts. Tickets for Hard Bass 2018 are here for sale. The complete line-up is here:

Decibel outdoor prepares for ‘the biggest edition ever full of highlights’

After all these years, the time has finally come: Decibel outdoor is about to celebrate the largest edition ever with 120,000 visitors. Never before has B2S brought…

Decibel outdoor is going to unpack this summer with a huge program for all weekend visitors. Besides the massive festival line-up, you will find an extensive range…