Sound Rush is coming with a new initiative this Wednesday from the well-known kitchen, to ease the pain of the new lockdown measures. During Qlimax in the Kitchen, the hardstyle twins are going all out for the iconic event, which unfortunately was canceled at the last minute: “We even have various show elements from Qlimax, including the falling of the curtain and the stage reveal.”

READ: Sound Rush comes with a documentary about Qlimax

The organization and all artists had been preparing for Qlimax for months, until the Dutch government canceled the upcoming events last Friday. Including Sound Rush, and they already had big plans for the biggest indoor hardstyle event as well.

Sound Rush’s well-known cuisine has gone viral several times, when the brothers playfully imitated various DJs behind the stove. Now it goes a step further, to be able to make the lack a bit more bearable as a plaster on the still fresh wounds, during Qlimax in the Kitchen.

“The idea now is to really replicate and mix the complete line-up LIVE on YouTube,” Sound Rush tells us. “There are also various show elements of Qlimax, including the falling of ”the curtain” and the stage reveal. Of course, The Qreator will kick off, then the rest of the line-up will come into action and there will be a quest DJ (or more quest DJs)…”

Qlimax in the Kitchen can be seen on Sound Rush’s YouTube channel this Wednesday (November 17th 2021) from 19:00 CET. For more information, visit the brothers’ socials. 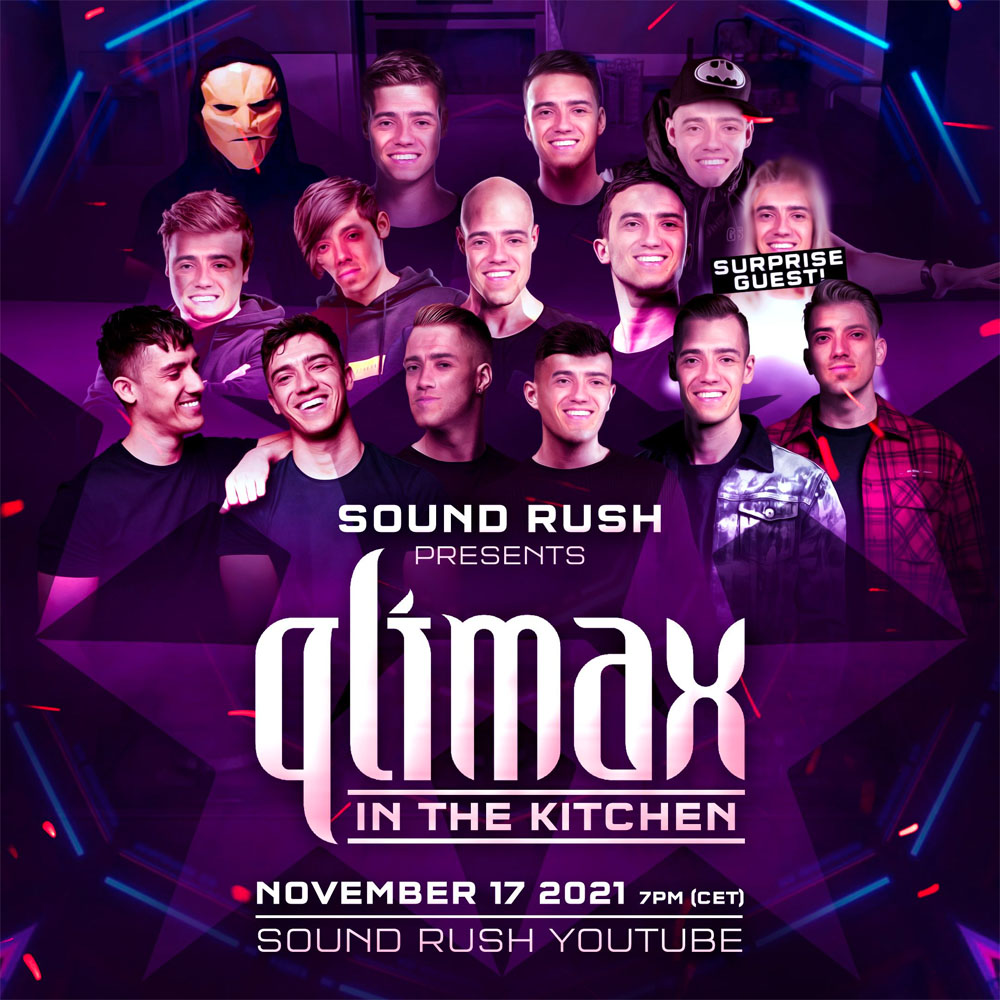 It’s almost time for the birthday of the Sound Rush brothers and they’re going to have a big celebration. Specially for this festive occasion, the most famous…