The career switch from cameraman to artist: “Time to PL4Y”

It’s not often that a cameraman stands on the other side of the lens, but Stef Rievers is finally taking this step. From now on, he is a Hardstyle DJ act called PL4Y and has already secured his first booking with REBiRTH Festival. “Starting this week, I’ll be stepping forward with a concept that I’ve been working on for a long time.”

He went to Defqon.1 on his own for the entire weekend and that’s when the spark with Hardstyle completely ignited. Since then, he has worked as a cameraman on the aftermovies of many festivals: including the tear-jerking tribute ‘Lost in Paradise’ that we wrote about almost two years ago. This was the starting signal for PL4Y, Stef begins to tell.

“As a videographer, I walked around with a camera at many events to shoot cool footage, which in itself is a dream job. Yet it is much more than that; during fireworks shows, beautiful melodies and so many other moments, I also witness the way people experiences moments like these.” It is pure enjoyment while working. “To be able to witness such an intimate moment is so special to me. Of course I also capture how powerful the energetic boost of this music is, how it allows togetherness to blossom and how people are having the time of their lives.”

From fan, to cameraman, to artist

This also turned out to be the case with ‘Lost in Paradise’. “This video attracted so much attention and touched a lot of people. Everyone had their own memories with this video and that made me realize how much can come from one experience. This is where it started to bubble, I want to do more than just capture the experience. I want to be part of the experience and create the music. This feeling was very strong and set everything in motion.”

He got to work and that’s how PL4Y was born. “It means ‘I want to play music 4 you’, which is a direct message to every listener. The pixel-based logo represents the graphical background, not to mention that I also like to play games.” 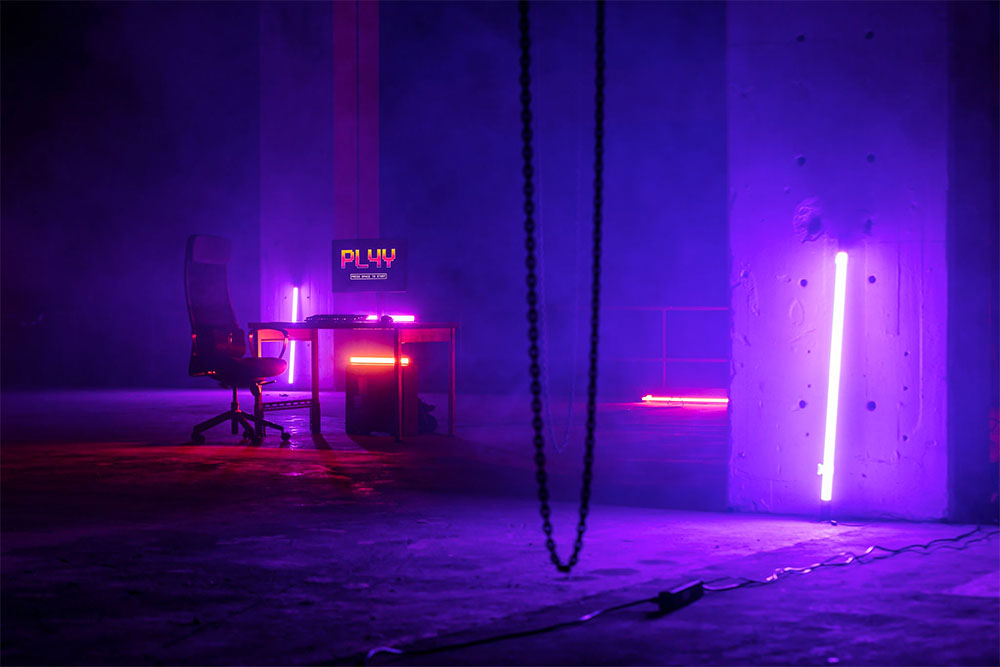 In recent months, Stef has worked out every detail of his new act. In fact, when you ask about his plans for his new act, the cameraman immediately pulls his phone out of his pocket to show an extensive PDF with visuals and music. “The music is really ‘Hardstyle’. It really pops, but it also creates moments when a melody comes forward. I hope to be able to take the audience along in a story.”

Everything fits together like puzzle pieces. “In addition, I also try to translate my personality into the music. It can be chaotic at times, but also very enthusiastic and fun/infectious. One minute it’s a happier song and the next you’re completely out of your mind on a very nasty drop. To be able to surprise a listener with the contrast, that’s something I really like.”

“Before I even opened one project, I wrote out several track concepts: purely by feel”

In the past, as a DJ you were mainly concerned with what really matters: music. Nowadays, with social media and things like that, there is a lot more to it. Does PL4Y think his background as a filmmaker is an advantage for him as an artist? “I think this is a very big advantage. By focusing for years on film and the representation of certain acts and sets on image, I have been able to experience how important the visual design of an act is. While making the music I am already working on writing out the visual aspects, such as how this can be incorporated in a video clip or in the act. Ultimately, of course, it all comes down to the music.”

It must be a complete picture. “I believe there is tremendous power in being able to cover both the audio and the video, all within the act itself. This way I can really bring an idea to life almost completely as I have it in my head.” 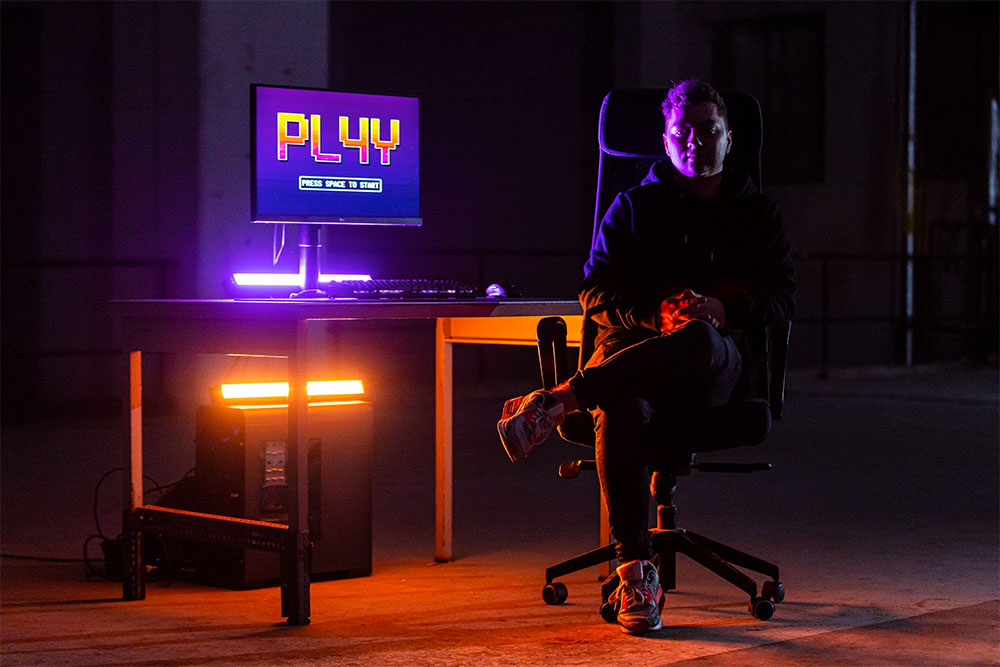 “I believe there is tremendous power in being able to cover both the audio and video, all within the act itself”

Behind the scenes, the upcoming releases are well thought out: a label should of course not be missing. “At the moment I’m orienting what my sound would best fit with, I don’t want to make any rushed decisions. I want to see how the music likes the audience, also other artists. Anyway, wherever it will be, I’m sure that if I land somewhere, I’m 100% right.”

Both as a cameraman and artist, Stef is ready to take on the upcoming festival season. “I hope to be able to provide more information about this soon with the first tracks that are coming. For now there are no exciting surprises in the short term, I would like to take the time for that. But I can promise that when REBiRTH arrives and I’m going to play my set, I’m more than ready with new music!”

In conclusion, we ask PL4Y one more thing: if he can secretly dream a little, on which highest feasible stage does he hope to be in 1 year? “Over a year and a half ago I made my Lost in Paradise video. It came from the first festival I experienced in 2014, namely Defqon.1. It would be a huge value for me to be able to play there, wherever it is. it all started. If I can really dream, the BLUE would be really rock hard.”

The first performance of PL4Y is on April 9 during the Saturday of REBiRTH Festival. Follow PL4Y on Instagram and Facebook to keep up to date with his career.

This is how REBiRTH finally kicked off the festival season after 3 years!

We had to wait way too long for it, but last weekend REBiRTH Festival was finally able to kick off the most beloved season again. We spoke…

The organization of REBiRTH Festival has unveiled the full line-up with an impressive number of artists. With more than 170 artists and 15 areas in 3 days,…